now any improvement specificlly for rbr might come 7 times slower

this is the worst news for rbr, rfactor users

whats bad for us is good for somebodys wallet...

as well as that i would do the same thing if i would own btb...

its just funny that piddy presents this as a ****ing mirecle for EVERYBODY...

eh, whatever...for last 2 months i havent used btb anyway...couse there was frames per rate problem but now 07 is so fast that it doesnt support my video card at all...


my intuition is that its gonna be about 7 times couse youll need to catch up with the new games and spend more time on them...:laugh2:

but seriously ,i guess you just try to distract users by some quotes that my math is wrong
and therefore

Piddy is trying to avoid having to announce that-


this move was all about money ,
and it will significantlly slow down rbr ,rF improvement process...

or mybe im wrong and you can say us that this wont slow down rbr rf improvement process???

Well considering all the simbin titles are ISI engine based software im supprised they were not implemented before.

Im not a BTB user as I do not have the patience but its fantastic news that all the simbin world titles are now supported. Bring on the new tracks!

lus1: this is the best news since a very long time. Now Simbin games players no longer have to wait for conversions from other games that have a huge mod community supporting them, but can create tracks them selfs. Not to mention the fact that this will endure the life of those games
W

i'm sure it's a little more detailed than that, i think i read there are limitations in the simbin formats, but once he has that sorted as best he can i would think it might mean we wait more like 1.5x longer, maybe less?

It was a bit of a bummer though, 9th of may, new tool that does this and that and all the rest, but no, just a version for games i don't play. good call though Piddy, i guess it takes dollars to develop. I'm thinking not many indie devs have done more for sim racing than you.
S

its defently a move in a good direction , you have to remeber the world is bigger then just rbr and rfactor , i look forward to rfactor 2 and btb expanding to it
4

and anyway, blackf is the one who does the hard work on the rbr plugin ... of course piddy has to implement the required changes, but its not a wise thing you are saying. all extra games bring extra track makers, more track makers gives more track to be converted to more games.

aka; its exponential you fool.
B

marque said:
my intuition is that its gonna be about 7 times couse youll need to catch up with the new games and spend more time on them...:laugh2:

but seriously ,i guess you just try to distract users by some quotes that my math is wrong
and therefore

Piddy is trying to avoid having to announce that-

this move was all about money ,
and it will significantlly slow down rbr ,rF improvement process...

why not be honest...

or mybe im wrong and you can say us that this wont slow down rbr rf improvement process???
Click to expand...

marque, your rudeness seems to be well matched by your ignorance and inability to grasp simple economics.

If it were all about the money then I would have stuck with my day job. I gave up a good career with a six figure salary so I could make BTB into a better product. Sales of BTB alone account for a very small fraction of what I would otherwise earn. I pursue BTB development for one main reason, I love making 3d apps much more than I enjoy working on web/database systems. Financially I hope that the long term sales eventually will go some way to paying for the 12-16 hours a day that I currently work. If it does not begin to happen then I will be back to regular contract work, less work hours and more pay. More sales will result in more development and there is no getting around that; BTB is not somehow magically exempt from the rules of business economics.

I am a long time RBR supporter – you can see my old thread for evidence of that. http://www.bhmotorsports.com/board/viewtopic.php?t=18637 and it only because I love rallying so much that I even began BTB. Financially there is no possible way BTB could be developed to where it is today on sales from RBR track builders. It is only because the BTB interface can be shared with rFactor support that I have even considered spending so much time developing it. People developing tracks for rFactor outnumber RBR users 4:1. I suspect Simbin supporters outnumber rFactor supporters and sales to those future track builders will help finance the same product your are suing to create RBR tracks..

Now about your math.

It would seem that you think that to support 4 more games somehow makes RBR development 7 times slower. Here’s why you are wrong.
BTB Pro already exports to four different formats: rFactor, RBR, Racer and DirectX. The four games in BTB Evo are almost identical in file format and are all based upon rFactors format. Race 07 and GTR Evolution are identical; in fact you can’t separate them.

I now work by developing the BTB Pro interface, then copying the code into BTB Evo. The export format for the BTB Evo games will pretty much remain untouched; the time to support them is minute compared to the time to develop the code in the first place. The advantage is that the sales of all BTB products, including BTB Laser now contribute to the improvement of all.

The work to get BTB Evo exporting to them has been performed over the last 3-4 months. This is the same period of time when I developed the RBR plugin further to produce the recent vast improvements that make realistic rally lengths possible whilst maintaining great detail. black f then rewrote most of the plugin to gain further loading speed improvements and to fix up some of my inefficiencies. Did anyone even notice the time taken away from RBR to get BTB Evo working? I don’t think so, yet the time to support these other games will be far less.

Economically it would make more sense for me to have dropped RBR support and focussed on the games that are built to be modder friendly have a much larger userbase. But I like rallying far too much for that and I get a buzz when I see something like the 33km stage come to life after so much effort. If anything, perhaps the rFactor users should be pissed off that I have dedicated such a disproportionate amount of time to making RBR and even better, more realistic experience.

Thankfully I know there are other RBR track builders that do have more sense than yourself.

As someone basically only interested in RBR I see this as only a good thing. Maybe we'll miss something here and there but better that than missing everything. This has to be a huge step forward in keeping BTB development alive and RBR will definately benefit from most developments. Way to go Piddy, I hope you get reward for all your efforts.

As a supporter of rFactor, RBR and Simbin titles, I have to say that I am hugely pleased to see the new support and once again, thanks Brendon for your hard work, I will gladly help to contribute money towards BTB Evo if it means that you can continue to develop BTB at the same outstanding pace. Unfortunately my own budget is a little tight at the moment as well, so I can't get it straight away, but you can be sure that I will eventually purchase BTB Evo.

Thank you for supporting the modders improve day to day all games, master thanks. 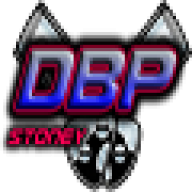 Excellent Post well written, support for more can only be a good thing and a logical step for development. Keep it up .
J

Well said Piddy. Make available BTB Evo as a separate purchase from BTB Pro was the best move to do and the best ever. Now, I hope BTB will be financially enough as a side project to let you gain money to make live your familly as well as making us and you benefit from more time spending on which will result in a better product with more features and improvments overall. I will buy BTB Evo to keep BTB Alive, you can be sure of that mate !!!!! :wink2:
Z

Its just great ., I don´t quite get it that someone can judge what to develope. .. I think btb and all what comes with it.. ( including evo ) has been revolutionary for all of us "normal" people interested about track making.
P

im a btb pro user, i bought btb to make tracks for simbin games (as i played them more), and i already owned 3dsimed and rfactor.
i can see piddys point about btb evo bringing more people/cashflow/lifespan to btb,...
but i think having btbpro and btbevo has two products is slightly exploiting the current btbpro users.
the people/cashflow/lifespan would have still come if the evo features had been included has an update to btbpro,
as btb seems to have a niche in the market has a standalone track maker for sim racers ... IMHO
and how much shelf life does btb pro have has a stand alone product with rbr and rfactor being so old??
btbevo uses the same code as btbpro (as stated by piddy) so how come the new export options warrent a new product?
but if this was not an exploit of the loop whole in the licence of btb pro "one off purchase, all updates free"
then at least a btbevo half price offer to btbpro users would have sweetend it.
that being said i can see the point of btb lidar being a different product has the is clearly aimed at more experience/professional users..
not just gamers of different titles.
just my view so please dont slate me.
P

I have a question Brendon. Why is it not possible to integrate all into one apllication instead of 3? I would rather pay a little more once than have to repaeat purchase. As it is now I dont play any other racing sims other than rFactor. TBH, to have to pay for another track editing product just makes it less likely that I will want to buy RBR or Evo. Whatever that is.
You must log in or register to reply here.
Share:
Facebook Twitter Reddit Pinterest Tumblr WhatsApp telegram Email Link
2 comments
RD GT Championship Season 8 Debuts on Simracing.GP
9 comments
rFactor 2 | New York E-Prix Track Released
3 comments
Driver 61 | Scott Mansell On How To Go Fast In Sim Racing
16 comments
Win Supercar Laps At Spa!
155 comments
Community Question | Do You Wear Gloves To Sim Race?