No engine sound on some cars 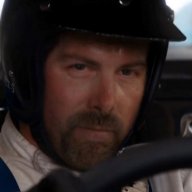 This is probably an old story for most of you, but I haven't played Assetto Corsa for very long time, just getting it setup and installing great mods like SOL. Everything is great, but I thought I would take the street mustang on rip through LA Canyons but there was no sound, tried the street corvette, nothing. Thought maybe street cars don't have sound so tried the Porsche 962 C short tail and no sound there either.

Did some google searches, found there where issues with mod sounds after some official patches, but really all the mod cars have sound for, it's a lot of the official kunos content. Saw something about Kunos breaking sound on some cars on their last patch and you have to download sound mods if available. Is this true or is there a fix for this?

Sorry for the noob question.

For one or other reason ( surely a car mod replacing original sounds files ) you lost some original AC sounds.
The easier way to get them again is simply checking the game files integrity in Steam.
I suppose you know how it works ?
Files will be checked and missing or wrong files or spoilt files will be redownloaded automatically at the end of the process.