Autosport.com said:
New Williams signing Nico Hulkenberg hopes he can match his vastly experienced 2010 team-mate Rubens Barrichello from the outset when he makes his Formula 1 debut next year. Hulkenberg is being promoted from reserve duties to a Williams race seat having won this year's GP2 title, while Barrichello - who has more grands prix under his belt than any other driver in history - moves to the team having challenged for the world championship with current employer Brawn.
When asked how he expected to compare to Barrichello, Hulkenberg replied: "That's difficult to judge. In the beginning of the season it's difficult, I hope to be on his pace right from the beginning and that I can match his speed and results, and maybe even beat him at some point."
Although he said he had no strong feelings about who was chosen to partner him, the young German admitted that having a team-mate of Barrichello's experience offered advantages.
"I don't mind really, I just want to have the best team-mate I can get who is quick, experienced and is a good driver, and that's what I see in him," he said.
"I think I would be stupid if I didn't take advice from him and see how he works through a race weekend. I think I can learn a lot from him."
Hulkenberg is not too concerned about his own lack of experience and the limited testing mileage available before his first race.
"All I can do is take the testing I get, use the simulator as much as I can, and that's all we have so that's all we can do," he said.
"We will get prepared as best we can, go on track racing and see how we do. I just want to deliver consistently, to do a good job and get some points wherever I can."
He added that Williams had not given him any specific targets to achieve in his rookie season.
"Of course they expect something from me, otherwise wouldn't have put me in car," said Hulkenberg, "but they are not telling me I have to win next year or something like that."
Click to expand...


I'd love it if he did, but I would be surprised frankly
R

I wouldn't be - the boy is quick

Yep he has won every series he`s been in, Williams would have been a lot higher in the WCC, if Nakajima had been able to get anywhere near Rosberg, who won all of the teams points, as long as Cosworth are up to the job it could be a good year for Rubens and Nico 2.

That would be nice

I couldnt see this anywhere else

A great shame but it's done now, I support the Williams Team and whoever is in it, good luck to the Hulk and thanks for the pole at Interlagos, Maldonado has some big shoes to fill, lets hope he can do it, at least Rubens has signed for next year, he may be getting on but his input in developing the car is immense.

From Williams own site

I don't expect much from maldanardo, shame for Hulk, he is better of the two, but PDVSA sponsorship money is the key? 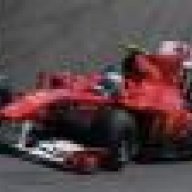 I read about this before, really sad.
I guess money talks these days.
Also check out my 2011 pre-season thread, I'm just trying to put all updates there.

Williams have lost RBS, Phillips, AT&T and also Air Aisia I believe, so 15 million euros or whatever it is does indeed talk. 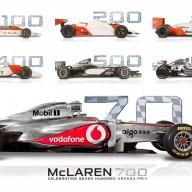 Spanish speaking media was announcing this for a while now, he has the support of TELMEX which is propriety of Carlos Slim, richiest man in the world (Mexican) and Williams badly need the money.

But don't get confused, Maldonado is a talented driver and Williams knows how to make a winning car if they have the resources, I would like to see this team fighting for the win again.
Y

With Kobayashi and now Maldonado, mid-field's just gonna be explosive next year.

Now rumours are putting Hulk in either Force India's or Renault's 2nd seat, we will see. 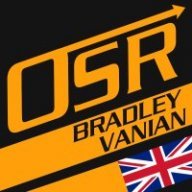 Stuttgart - Nico Hulkenberg will not be able to take part in the Chnese GP in Shanghai on 15th April. The Sahara Force India driver has not received an entry visa for the People's Republic of China due to a formal error and must therefore stay at home.

"I can understand the decision of the public authorities," The Hulk said. "As I haven't signed the form exactly in the provided field, I won't get a visum. That was clearly my mistake."

It was tried to file an objection, however, the situation is hopeless. "Obviously we are very disappointed, that Nico will not race for us in China, but fortunately we have a reserve driver for incidents like these," Robert Fernley, Deputy Team Principal of Sahara Force India, said.

Even The Hulk tries to see the positive side of this issue. "At least I save 60 Euro, which would have been the expenses for the visa," he said. "Furthermore I already raced in Australia and Malaysia, so it's quite delightful to finally have a break."

Wow what a silly a costly error!
Will they go for Bianchi or Paffett?

No idea. Real shame for Nico, he looked quick in Sepang.

And to think that part of the reason Sutil was dropped was because he was banned from China! Irony. lol Paffet was like then
Reactions: Bram Hengeveld and Omer Said 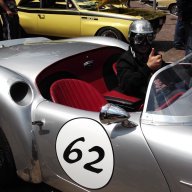 Formula 1 - Hulkenberg laughs off rumours he could quit Sauber


Nico Hulkenberg laughed off speculation that this weekend's Hungarian Grand Prix could be his last for Sauber but remained coy about whether he had been paid by the Swiss Formula One team.


"It's rubbish," the German driver told reporters of rumours swirling around on the internet that he was on the verge of walking out.
"They make me laugh, make me smile. I read it on my Twitter page where people can write to me. A bunch of people were having a discussion and I was thinking: 'Where has that come from?'" he added.
Hulkenberg said he expected to be with Sauber until the end of the season but was evasive when asked about his wages. "That is contractual detail which I don't want to talk about," he said.
Sauber are struggling for cash but announced on July 15 that they had agreed a partnership with three Russian entities which they said would give the team a solid foundation for the long term.
As part of that announcement, which has left many questions still to be answered, Sauber agreed to set up a development programme to prepare Russian 17-year-old Sergey Sirotkin as a racing driver for the team next year.
Sirotkin's father Oleg is the head of one of the three entities, the National Institute of Aviation Technologies.
Hulkenberg said the partnership looked to be good news for Sauber but was short of information about it.
"Fresh support, strong partners and especially cash which as we know is very powerful and important in Formula One to move forward and develop. It's a good sign," said the German.
"I've not been involved with the deal. I don't know all the details, you will have to ask the management or (team principal) Monisha (Kaltenborn)," he added. "As far as I've been told, and am concerned, it is good."
Hulkenberg recognised that it would be a tall order for a driver with such a lack of experience to come into Formula One in the time envisaged.
"Me, I wasn't ready for Formula One at that point. It is ambitious, maybe a bit risky, but it's not my decision," he said.
"He will keep on racing in Formula Renault, beyond that he could do lots of simulator running, but that isn't real life. And Sauber does not have a simulator so that is not an option," he said when asked how Sorotkin could prepare.
Hulkenberg has been linked to other teams, notably Lotus and Ferrari, for 2014 if Kimi Raikkonen or Felipe Massa move on but he gave away little about his plans.
"I'm looking at all my options but I haven't decided yet or done anything," he said. "Making a decision is a bit further down the line, but I'm talking to people, including Sauber."