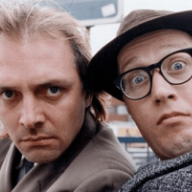 Im a V3 user,really enjoying it now,using it in VR is outstanding. im on the Discord Server as well.

Since the massive surge in Sim racing and the motion platforms selling out a lot i thought this could maybe be a more up to date thread on Settings,adjustments,configs,questions etc.

If any of our Professional users are on it would be great to have your input in setups,configs.

Im still very new to all this and messing about with loads of games,i have noticed though that in RaceRoom the Motion is great but when hitting the main straights the car seems to visually move/bump around as expected but the motion sim doesnt really pick it up,All sliders have been up and down to test this....so even though the tracks are laser scanned does the sim rig not pick up the track bumps as much? i used the same settings in Automobilsta 2 and when on any track you feel as if your on the track with more motion,it seems to feel more realistic to me,a constant feeling of going along the track.

So even though tracks are laser scanned does motion platforms not pick up the constant feel of on a track? Or is it game based? I played A2 as stated last night for hours,i played Karts on Cascavel in Brazil and the feeling of the karts on the track in the motion sim was the best experience so far with VR,if felt so realistic and as stated the sim rig just felt so attatched to the track.
F