As such, it almost feels like I am starting again. For every sim, I have to readjust the force feedback settings. Also, with more adjustment possibility comes also a lot of self-guessing. I am always asking myself if I could just squeeze some more performance by just tweaking one feature or another.

All this completely blind sided me. It also made me realized how much effort I had already invested in adjusting the T300 wheel just to my liking.

Off the bat, without making any adjustments on the Fanatec wheel, with a given combo track/car in a given sim, I was immediately slower. At first, I was questioning the move. Now, as I am learning about the capabilities of the Fanatec wheel, I am able to regain performance and overall get more comfortable with the wheel but it is a process.

I wonder if anyone experienced a similar situation before? 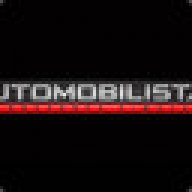