new stuff next season, the mother of all change logs

from the iRacing forum:

This season release includes SIX new or upgraded cars, THREE new or upgraded tracks, a host of massive improvement to the iRacing BETA Interface, and a whole garage-full of other enhancements to make iRacing more realistic than ever before.

Full 2019 Season 3 Release details are below.

- A brand new iRacing UI Wizard has been summoned to manage the Create a Race process for Hosted Sessions!
- - The Wizard is a new method and layout for creating Hosted Sessions.
- - This method allows a user to configure Hosted Sessions in a step-by-step interface or consolidate all steps into a single scrollable interface. Users can also jump back and forth between the two views, and also between steps as desired.
- - - Click on any step in the top navigation bar to jump to that step.
- - - To view all steps into a single consolidated list, use the "All Steps" button near the bottom-left corner.
- - Users may also perform the following actions using the dropdown menu in the bottom-left corner:
- - - Reset all fields
- - - Load Last Session info
- - - Load Autosaved Sessions
- - The Wizard features all new "compact" car and track selection interfaces.
- - The Wizard is still studying to make the following features a reality, and will be coming soon:
- - - The ability to directly upload a Fixed Setup for the Session.
- - - The ability to select a Session Administrator.
- - - The ability to restrict a Session to specific Clubs and/or Leagues.

- An extensive redesign has been completed and applied to the Paint Shop!
- - This refers to both the vehicle Paint Shop, and the suit and helmet Paint Shop.
- - This update enhances access to the Paint Shop; with new "Paint" buttons on every car image in the service.
- - You may now switch your selected car directly within the Paint Shop modal.
- - The Paint Shop now automatically saves your changes after every adjustment. An "Undo All" arrow appears in the top-right corner to go back to start.
- - The color picker has been rebuilt for better usability.
- - Your saved paint swatches are now available to paint your cars. Select the "Paint Swatches" option and they will appear as choices for paint color in dropdown menus.
- - Pattern selection has been made easier.
- - A large assortment of bugs and issues have been fixed.

- A table of active ping data for a user's machine has been added to the interface.
- - Access this table by clicking on the "Connectivity Data" icon in the top-right area of the interface.
- - This table shows a user's connectivity quality to the various Race Server Farms. Shorter times, displayed in milliseconds (ms), are better for performance and racing. An ideal Percent Loss is zero (0), or as close to zero as possible.

- Track configuration names will no longer be included in search filters; only the actual track name is used.

- Zoom scaling for the interface is now remembered on a per-machine basis.

- UI logs will now be saved to the iRacing folder within your My Documents directory.

- Fixed an issue where the Registration status bar was not 100% reliable.

- Fixed an issue where a user could not Spot for a driver in a User-Created Session.

- The update process for this release, particularly for the iRacing BETA Interface, requires a few specific steps in order for you to be able to utilize the iRacing BETA Interface. The very short version of these instructions is to utilize the classic Membersite for your initial download of the update.
- - Please also refer to the very first section above, entitle "New Application Framework", for more details.
- - You may also want to review the special post, "2019 Season 3 - iRacing BETA Interface Update Steps", found here: https://members.iracing.com/jforum/posts/list/3650535.page
- When the iRacing Updater finishes and is checking to see if a user has the necessary system components installed, it will now check Windows 7 systems for the "D3DCompiler_47.dll" file, and it will direct a user to Microsoft's website to obtain the appropriate Windows Update if it is missing.

- Suspension damper (shock) velocity has been capped to help to prevent zippies (unrealistic rapid accelerations, usually due to a collision, that often send the car flying into the air).

- All Car Class groups have been updated to account for the new, updated, and retired vehicle changes with this season release.

- Opponent cars should now align better with where their driver actually is.

- All previous and current vehicle setup versions should now be usable within each NASCAR vehicle class.

- The ability to ensure a Green-White-Checkered finish to Race Sessions that run with full-course cautions has been added.
- - With this feature enabled, if a full-course caution begins under the green flag (not white or checkered), the race will be extended to ensure that when the caution period ends, drivers get the green flag, then get the white (1 lap to go) flag on the next lap after that.
- - A Session can have either an unlimited number of Green-White-Checkered Cautions (G/W/C) at the end, or a limited number. System and spotter messages will inform a driver of whether or not a caution period is the final caution period during which a G/W/C finish will be attempted.
- - In a Session with Full Course Cautions OFF, a race admin is also able to throw a caution that will utilize Green-White-Checkered Flags.
- - This feature is available when creating Hosted Sessions on both the iRacing BETA Interface and the classic Membersite.

- Low speed handling (<25mph) of cars with deep and/or soft tire treads has been improved.

- The total amount of solar energy allowed to penetrate through clouds and adjust the track surface temperature has been increased. This will cause clouds to have a reduced effect on temperature changes.

- The Track Conditions information on the Info tab of the Session screen has been updated to include all Sessions, and now uses the same Session names as the Race Details area.

- A significant portion of the base spotter audio has been re-recorded for improved consistency and variety.

- The calls, 'SPCC_1TOWIN' (one lap to win) or 'SPCC_1TOGO' (one lap to go), will now always be called when applicable for time-based races.

- Our online guide for how to develop new spotter packs has been updated.
- - See this thread to learn more: https://members.iracing.com/jforum/posts/list/3646900.page

- A great many improvements have been made to our spotter calls to aid in translation.
- - All existing spotter packages will need to be updated to fit the new form!
- - - You can read about these changes here: https://members.iracing.com/jforum/posts/list/100/1938030.page#11513531

- Translation Improvements:
- - Support has been added for more plural forms of spotter messages.
- - - We now optionally support zero, one, two or many items. This requires a renaming of the messages, previously the default form was singular, and we marked the plural case with a PL at the end. Now the default form is the plural (many) case and we mark the 0, 1, 2 cases with a _P0, _P1, or _P2 at the end of the message. If your language does not use a particular plural form you can NULL out both the string and wave file and we will ignore that form. For example, in English, we only need the _P1 and default forms to handle 1 and many.
- - All multi-part messages no longer share any message id's.
- - - This allows you more freedom to rearrange the sentences as needed or NULL out a part you do not need. For example, the messages SPCC_PACE_PASS <num> SPCC_PACE_PASS_PT2 says 'pass the' <num> 'car' in English, but could be reorganized to say 'pass car' <num> NULL for another language.
- - Numbers now support a SPCC_Nx_EQ form that is called if the number is an exact match.
- - - For example, this allows us to use two different forms of the word 'one', as in 1, 21, and 301.
- - Support for an optional call SPCC_DECIMAL has been added.
- - - When filled in, this message will be called at the end of a decimal number, used to say 'decimal' after reading a decimal number if that is what is expected in your language.
- - An optional call, SPCC_AND_TEN has been added that when filled in will reverse the tens and ones place.
- - - For example, the number 321 would be called out as SPCC_N300 + SPCC_N1 + SPCC_AND_TEN + SPCC_N20, to say 'three hundred one and twenty'.

- Fixed an issue with the "fuel left" calls triggering when not needed.

- Fixed an issue in a driver-swap session where the last-displayed driver's name would be displayed in the Driver/Team area, in the lower-left of the Session screen, even when the selected car had no driver.

- The start/finish flagman has been re-built from the ground-up, and should now fully animate to wave the appropriate colored flags at the appropriate times during events!

- Cockpit glass material has been improved to have a realistic maximum visible light transmission.

- The ambient occlusion of driver models inside of cars has been improved.

- World lighting has been adjusted to better account for the various densities of clouds.

- Night-time bloom thresholds have been adjusted, so objects should not bloom as easily at night.

- Fixed several issues with the ambient occlusion effect in several shaders and improved its accuracy.

- Fixed an issue where Windows 10 display scaling above 100% would cause the Simulator’s window to be sized much larger than requested.

- Headlight effectiveness and brightness has been improved, and many issues affecting the performance of headlights have been fixed. Specific updates include:
- - Headlight beam patterns are now always generated procedurally on the GPU and may now be affected when various individual lamps toggle due to damage (more to come in further updates), partial headlight flashing, or when some bulbs are otherwise turned off.
- - Car-to-car lighting from headlights and flashing has been improved.
- - Several rendering shaders and materials have been repaired that were causing headlights to be missing or to appear with incorrect intensities on many objects.
- - Headlight flashing has been improved on several of the higher-end road cars where partial sets of bulbs blink, and one can now always see their own headlights flash properly from in-car as well as from external views.
Reactions: vegaguy5555, Kurupt CDN, farjam and 1 other person 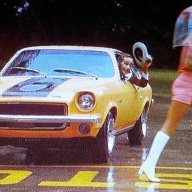 I finally have good enough internet to use iRacing. Had tried it about 5 years ago and wasn't impressed at all but am blown away with today. The Ford GT on the Nordschleife is driving bliss.
Reactions: Eckhart von Glan
You must log in or register to reply here.
Share:
Facebook Twitter Reddit Pinterest Tumblr WhatsApp telegram Email Link
132 comments
Sir Lewis Hamilton| F1 GOAT?
54 comments
rFactor 2 | Competition System Development Blog Post #2 Released
29 comments
Wreckfest | Winterfest Update Now Available
Top Bottom