After downloading the Porsche 904,I good not resist to take some cars that were listed also:

Triumph TR4; fantastic to drive (Must have)

I don't sink that you can resist 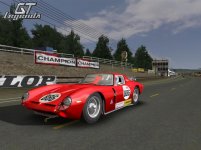 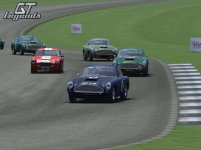 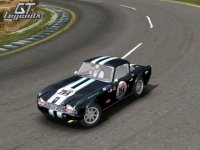 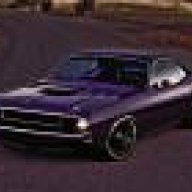 That's a nice choice Hans ... especially the Aston Martin (4 a big 007 fan a must have I suppose ) and the Bizzarini ... just cause I love American Muscle :in-love:

But then again, I've really gotten the kick out of the Alfa GTAs, so I guess I will download the Triumph as well :msn:


Unfortunately, I hardly run GTL besides our races, mostly cause it's o much more fun to have other real players on the track as well


.... which mean that we should try to get these mods in out mod-testing boat
G

I love the Triumph TR4 & the Aston Martin DB4 But I never heard of Bizzarrini 5300GT. Looks cool too. Great job on the skins.

I'm currently doing a bit of testing on a new pseudo-Class in GTL - not defined in game like TC65 / GTC65 / GTC76 are, but consisting of a fixed set of vehicles, mostly containing the "underdog" cars in 76 and slightly less powerful versions of the top cars. I was reading some of the read-me's in the mods and the makers mentioned these cars as being deliberately made by them to fit in with this "GTC72" pseudo class.

They were either already 1972 spec (but just lumped in with the 76ers in game as there wasn't a 72 class), or have been made to fit in there - and so far the times I'm getting are pretty indicative of this being a very nicely balanced and close-paced subset.

I will be putting the links in the normal place (Default Cars, Track & Mod listing thread), and I urge you to check them out at your leisure, and give me feedback on your experiences / thoughts with this set of vehicles / mods.

I won't be doing anything with these cars in the event sense until next year (only about 8 weeks away now, yuletide fans), so as and when you get a sec to try them out, please let me know how you get on.

Hans - I haven't forgotten your suggestion either. Things are on my list, but the above particular group of cars actually excited me because it might end up being a whole new class we can utilise for close racing.

I'm currently downloading the BMW, Porsche and Escort Stu..
I'll give 'em a run tomorrow night and let you know what I think. From the sounds of the descriptions given, they sound bloody awesome.

Almost a perfect candidate/class for some more mixed grid racing!

I am, however, expecting you to say that the most sideways-able one is the best.

Hahaha. Maybe my driving style has "matured" since I last set foot in an RD GTL event? :smile-big:

Then again, maybe not...

Must say though, of all the ones listed, I'm looking forward to the Escort the most.

Glenn Morris said:
I'm currently downloading the BMW, Porsche and Escort Stu..
I'll give 'em a run tomorrow night and let you know what I think. From the sounds of the descriptions given, they sound bloody awesome.

Almost a perfect candidate/class for some more mixed grid racing!
Click to expand...

Glenn we have a nice race tomorrow evening with the new Abarth 1000TCR Mod,like to try ??

I would Hans, but weekday races are a no-go for me, as when you blokes start the racing, I'm heading off to work.

Maybe Aston's on the weekend, but I'll have to check with the boss first!

I'm impressed to be honest. Especially with the 2 cars that I went in with a severe dislike of before - the BMW and Porsche.

Drove all of them back-to-back around Warwick Farm.

Started with the BMW, and expected it to be like the CSL and Alpina. In my opinion, ****ehouse! Never could get them to turn, in any sense of the word.
This one however, turns, and most importantly slides(!!!!) like a mofo. I loved it. Absolutely loved it. Sliding the entire last corner of Warwick Farm was so much fun, then linking the first 3 turns of the track was even better! And the sound!

Ran the Escort second, and it's such a difference to the BMW that it took me a while to get re-adjusted. It's very similar to the default RS Escort, but to be honest, I found it more twitchier, and more "on the limit"... And it didnt have much of a "I'm going to slide, ready to catch me, here I go" *BANG*... The bang being when you're facing the wrong way.
That's probably it's only downfall. It would probably be very close between the 2 different Escorts though. It didnt feel alot slower than the normal one.

Ran the Porsche last. I've never liked GTL Porsches. I don't really like Porsches in general. In GTL I like to think of them as... Well. Pigs, to be honest. lol.
The 911S is actually a very nice car to drive. Yes, the default setup is very understeery (probably due to having no weight over the front wheels), but it felt the most "safe" of the cars I tested. It didnt slide hard (with the exception of when I hammered a few curbs) and it had a nice bit of poke down the straight.

So yeh. I've never been a fan of the German cars in GTL before, but after this little session I can't bag any of them.
Add the Skyline to this little group and I'd be stuck for choice between my heart (Skyline) and my head (BMW). Hmmm..


So Stu, you were right. The one that slid the best was my favourite... I guess my driving style hasnt "matured" yet! arty2:

Thanks mate - nice write up :good:

I'm finding that I'm pretty much agreeing with you on the cars, even though our driving styles are poles apart.

The Beemer is slidey, no two ways about it, but it is more forgiving and controllable than some of the other sideways cars.

The Escort - well I'm used to the 2000 anyway, and I tend to dial out the mad slidiness in my setups anyway, so I really like this version - the slight drop off in power means (for me) I can actually be a bit more aggressive on the loud pedal. The 2000 isn't as quick as the top 76ers anyway, so a little bit slower again means it fits in well here. (It's prob my favourite - no shock there)

And - I'm totally with you on the default 911RSR - I don't like it, but I do like these 911S versions a lot more. They are down on power in the group a little (it's all marginal and related to weight anyway), but their traction helps ameliorate that shortcoming.

Anyway, good. I'm glad that the 72 series seems to be coming together a little bit, it'll be a nice alternative option for us, and will help make all the cars competitive in multi car fields. My only problem with some of the default GTL cars is that they are a little bit outpunched within their own class, and so get ignored in full class races.

Another one I'm looking at is a slightly higher powered Elite, which really does compete with the faster TC65's

OK - I ran a full up race with the 72-ers over the weekend - well, a couple of races actually, same race, same track and using the various different cars in this group.