S397 has released an update that hopefully will end the various problems experienced by cars in the PBR DLC packs. (GT3, GT3 Challenge, & Endurance Packs)
The update may cause all work done by skinners to no longer work. However there is at least one painter who has already updated his skin to work with the newest update. So the good news is while skinners will have to revisit their previous work, it doesn't seem to be entirely beyond difficult to fix.

Not difficult at all but is time consuming as now i have all three Skin Pack Addons to update again!
Last edited: Apr 28, 2019
Reactions: Bonehead and davehenrie 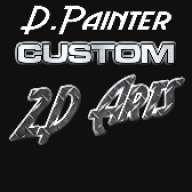 Ace King said:
Not difficult at all but is time consuming as now i have all three Skin Pack Addons to update again!
Click to expand...

Skin pack add-ons shouldn't be affected to the point that they no long work, the cars in the packs should have their own veh.ini files.
The update has added a new line to the veh, or changed it to read
DefaultLivery="R8LMS_26.dds"
MaterialOverride="R8LMS_BaseMat.json" from MaterialOverride="R8LMS.json" adding BaseMat to the line. It makes no sens at all why it was necessary to change the veh file names again. Really think it was done just to piss people off !! NEW FLASH! Worked.
Ace King, You could go through and update all the veh files with the new line but as long as their still working I'd just leave it as is for now. Considering a lot off the cars in those packs haven't got a json & regions map.

The reason for the custom virtual ride skins are no longer working is the cars veh file names have changed yet again so all we need to do is create a VR from one off the new named cars and add that name to the rcd text file and they work again. Simple enough in our own installs but a pain if you've been continuing to share your work.

I had stopped adding cars for download when this first started a few months back. Had been updating all the older cars with the new json.ini and the regions_map DDS but haven't yet started to update them for download. Not planing to until this is all sorted out.

[Edit] Just a heads up. Shared car liveries are usually or should be set up in Mas. files. When a car is in a Mas. it still doesn't work with AI. Works as a driven car. But as per the correct way to share your skins in a Mas. If the windows are also in that Mas. they still don't work. Will if the windows DDS is outside the Mas as a open file. I'd suspect the driver and gloves would be the same as the windows.

Many of the cars i already updated with new json.ini and region_map with my last release as you know without them the cars can have very bad looking effects. Since my Skin Pack Addons are no longer working as of the recent S397 update i hope all i need to do is create new Component Packages with their corrected version numbers like i done in my previous update fixes. As your suggestion i won't add the new line in the VEH files unless i find it necessary which will save good amounts of time.

PS. I missed you adding new beautiful skins for all us to enjoy but i understand and agree with your decision. I'am also getting frustrated with the constant need to update my Skin Packs and contemplated ending this nightmare until this is all sorted. Afterall, this is lessening my fun times on the track.
Last edited: Apr 28, 2019

Doug62 said:
MaterialOverride="R8LMS_BaseMat.json" from MaterialOverride="R8LMS.json" adding BaseMat to the line.
Ace King, You could go through and update all the veh files with the new line but as long as their still working I'd just leave it as is for now. Considering a lot off the cars in those packs haven't got a json & regions map.
Click to expand...

I discovered that all the "veh" files need to be edited with the new "BaseMat" for my 3 skin pack addons to work so now additional time will be needed for my update fixes. Just thought you might like to know!
You must log in or register to reply here.
Share:
Facebook Twitter Reddit Pinterest Tumblr WhatsApp telegram Email Link
51 comments
Automobilista 2 | Hotfix Update 1.1.0.5 Available
174 comments
Sir Lewis Hamilton| F1 GOAT?
67 comments
rFactor 2 | Competition System Development Blog Post #2 Released
Top Bottom