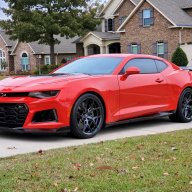 
Update #5 2014-07-03
And here we go! The new and much-awaited build of Next Car Game is finally out there.
What does this mean in the end? Well, it all boils down to why it took so long between the updates in the first place: we upgraded the game’s engine. In its old iteration, we weren’t sure that the engine could handle all the features we want to include in the game, so, to play it safe, we took the long route and fixed the engine. In essence, we tore it apart. We cut off clumsy clusters of code, with each cut paving way for a more streamlined and more robust iteration of the engine.
It was a lot of work.
As it’s our own engine, we had a pretty good idea how long it would take, but in the end, the amount of effort it took was much more than even we ourselves had anticipated. But, it did pay off in the end. Now we can be certain that the engine can withstand all the nifty we have planned.
The bad news is that, despite the work we’ve already put in, the engine is still far from finished. It’s a rickety contraption that’s bound to buckle and crash and sway and stagger, so expect Next Car Game to give you a constant supply of trouble.
And now the good news.
Next Car Game will soon run more smoothly, thanks to the new engine. What is now purring under the hood will also power a more complex, more detailed and more all around awesome damage model, meaning that all kinds of things can break, bend and tear in your motorized steel bullet. What you now see in this build is just the beginning.
We have also added a second American muscle car to the mix! This baby is difficult to handle, but the power it commands is definitely something to be reckoned with. Again, this is just the beginning – we have many more cars lined up, but one banger at a time, folks, one banger at a time

We have also included a very early prototype of a new track! And take note of the word “prototype” — it lacks pretty much all the nice bells and whistles, meaning that it’s our ugly duckling, but we thought it’d be cool to show you how the track looks and feels like before it’s finished. This new sand pit course should provide you with clever ways to swerve, careen and crash, but what makes the track special is that we’ve done something we have never tried before: the surface of the road has “noise” and it affects your handling! The surface noise simulates the uneven surface of the road, affecting the suspension of your car and giving the steering some sweet, sweet feedback effects. We hope you like it.
As a cherry on top…
Ladies and gentlemen, Motor City madmen and crazy girls of Crash Country…
Next Car Game now supports LAN gaming!
Yes, that’s right. After getting so much requests and wishes and messages hoping that the game would support local area network gaming, we went and did just that. After all, we’re doing this game for our fans, to whom we owe a great deal more than just a car game. We owe you all our honest friendship, our sincere love, and our utmost respect.
The LAN feature supports 12 players at a time, and while a real deal online mode is still missing, this is an important step towards that goal.
But please, do remember that Next Car Game is still ways off from being a final product. It will crash. It will stutter. It will not work the way you want it to, and it will piss you off. And if you’re LANing your heart out, expect lag, especially if your server isn’t robust and you want to keep all graphics settings to the max. But, as said, it’s a work in progress, and we’re working real hard on making it a better game, one line of code at a time.
You can be of great help and immense importance to us by giving us some solid feedback. Feel free to be direct, and no need to be nice, but be detailed in what’s bugging you. That’s the best way for us to know what’s wrong with our game, as that’s how we’ll know what we need to address next.
Thanks for your time, and for your support, good folks!
Enjoy
Last edited: Jul 5, 2014 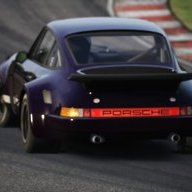 I just tried it out and I was able to watch a replay for the first time since buying the game....Awesome!!

Everything is working good with my DFGT and Fanatic CSR Elite pedals...I haven't found the right degrees of rotation yet (900 is way too much, 360 not quite enough) but the game ran fine for the few minutes I was playing it....I have everything maxed using a GTX 770 and with vsync enabled it ran butter smooth (and looked amazing) the entire time; even with me using Shadowplay to stream to Twitch.

I'm off to go put some more time into this title; this update has been a decently long time coming but first impressions are that it was worth the wait.

I will have some video's very soon for sure.

that link just isn't the same as having the video right here, is it

this one has a nice barrel roll at the end!

Steam users are very unhappy with this update. The biggest bug I've found so far is that resolutions above 1920x1200, the menu is unusable, the vehicle selection gets shifted to the bottom right hand corner and you can't change vehicles. This is big deal for me since I play at 2560x1600 resolution.

This Steam user is quite pleased with the update, the game runs smooth as butter completely maxed out and replays finally work.

I've had this very strange bug since the latest update:


Anyone else finding this game getting a little too... difficult? Before it was just smash 'em crash 'em fun and I could play for hours. Now it all seems a little too serious. You can't spin cars out very easily, everything feels heavier and more sluggish.

I love that the cars feel a bit more realistic to drive...I do think it is a bit hard to spin out the AI but other than that, I love the direction this game is going...

Alex Odell said:
I've had this very strange bug since the latest update: 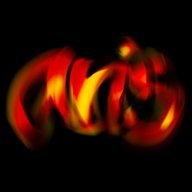 Physics become better in the latest update but still away from satisfactory.
The cars feel more drivable now - I even had to switch to 600 degrees of rotation because at 360 where I had it, is no more possible to control the cars.

I have a complain (as a wheel user): there is absolutely no feel (feedback) from passing over road obstacles such as car tires for example, this is very unnatural. Serious car collisions should, also, be magnified to give through the wheel a serious feel of shaking.

The latest update for Next Car Game is now available, change log below:

As always, we'd love to hear your thoughts on the update!


Blkout said:
Steam users are very unhappy with this update. The biggest bug I've found so far is that resolutions above 1920x1200, the menu is unusable, the vehicle selection gets shifted to the bottom right hand corner and you can't change vehicles. This is big deal for me since I play at 2560x1600 resolution.
Click to expand...

Well that sucks. I assume it will get addressed eventually. I can play it at 1920x1200 but image quality takes a hit at non-native resolution.

Looks like its a known issue, they say they will patch it, was hoping the fix was in this update.
next update in August or a patch might come sooner


But you're saying its still not fixed for you? I just assumed they were talking about triple screen resolutions here unless its those new 21:9 aspect ratio monitors.
Last edited: Jul 9, 2014

Well, it seems that the menus at 2560x1600 resolution are fixed now. I just fired it up a few minutes ago with the latest patch.

Performance is much improved after this last patch. I don't know why I wasn't getting better performance after the new build but since this last patch, my framerate went up by at least 15fps.
Last edited: Jul 9, 2014 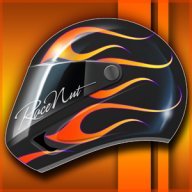 While the car handling is better, the cars do feel quite heavy and it's hard - if not impossible to break the back tires loose on gravel. It's basically a restart with the code so we'll see where it goes form here. If the handling ends up being more like Dirt2 in the end, that's okay IMO but, even then I like having the ability to adjust the grip levels a bit as we can with Dirt2 mods.

I may need more time to adjust to the new handling model but as of right now, I prefer the old one. The cars do feel quite heavy, even the compact Euro.
Last edited: Jul 10, 2014
Y

uhg...they broke it to fix it. the cars actually felt alive before...there was a very good simcade feel, forgiving but could still trip you up. feel like im driving with stability assist on now. hope they can work it out.
You must log in or register to reply here.
Share:
Facebook Twitter Reddit Pinterest Tumblr WhatsApp telegram Email Link
17 comments
DiRT Rally 2.0 | You Guessed It... Another Final Update Deployed
3 comments
Assetto Corsa Competizione | New Hotfix Update Now Available
112 comments
Button Boxes | Useful Or An Unnecessary Indulgence?