Does anyone have a Logitech G27 steering wheel and could do me a quick favour?
I just want to know if the green LED is on all the time its plugged in?

I have one (3 weeks old) and think it is broken. Its worked fine since I got it, but just today its stopped working completely. The green light/LED is not illuminated either, but I cant remember if it did all the time or just in game.

When i look in the device manager it shows in Human Interfaces as a Logitech Virtual HID device (x2) and in the devices and printers section it shows as a HID Keyboard Device and HID compliant mouse.
If i unplug it from the mains it will still show the same as above.
I believe it could be the powers supply adaptor at fault.

When i run the Logitech set up software its not found at all. 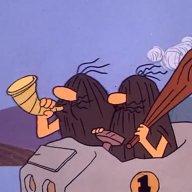 (as I'm colour deficient with red/green I'll have to describe the lights :/ )

The light near the buttons with the gear stick on, stays on all the time and flashes under calibration.
The rev lights are not always on

Chances are that it is indeed your power lead, remember to check the obvious things like its connected in both ends of the box, switch turned on etc etc

Thanks for the reply.
I ended up returning it (was only a few weeks old) and they swapped it over.
I also noticed that the power supply transformer was cold to the touch when I thought it would warm slightly. As it turns out, I was correct the replacement one does warm slightly and all is fine now.