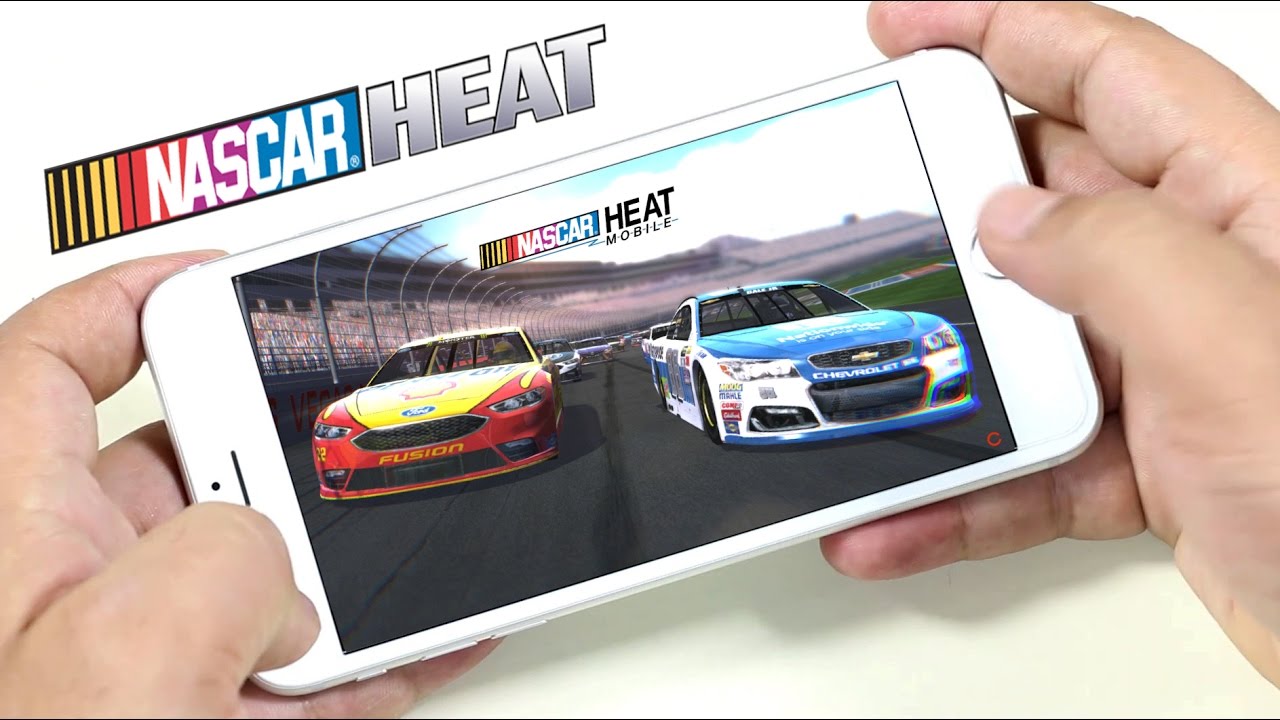 704 Games have released NASCAR Heat Evolution to iOS devices today, with Android release to follow in early next week.

With NASCAR racing incredibly popular in the United States and the recent console and PC game NASCAR Heat Evolution having released to a reasonably positive reception, the newly renamed 704Games have announced the title is now available on iOS devices, with a launch to Android following this coming Monday.

Featuring much of the feature set found in the console and PC edition of the game, plus offering up some impressive visuals for a mobile device, NASCAR Heat on iOS should be a rather popular game with motorsport fans on the go.

Check out this gameplay video from rrvirus to see the mobile game in action:

WELCOME TO NASCAR HEAT MOBILE
The only officially licensed, authentic NASCAR racing experience for iPhone, iPod Touch & iPad! NASCAR Heat Mobile exclusively combines the adrenaline of 200MPH stock car racing with the ability to build your own NASCAR empire in the Fan Zone.

TAKE THE WHEEL
Put yourself in the driver’s seat and experience the fast-paced thrills of NASCAR as you race from coast to coast on all 23 iconic NASCAR sanctioned tracks. Customize the way you race with tilt or touch controls, fine-tune steering assists and sensitivity adjustments, and change camera angles to drive your way.

BUILD YOUR NASCAR EMPIRE IN THE FAN ZONE
From Ferris Wheels and Blimps to Hot Dog Carts and Fuel Stations, you can customize your Fan Zone with 35+ buildings and decorations. Whether it’s cutting down installation time in the garage, reducing R&D costs, or earning in-game currency, each building has a special reward as you embark to make history on the track.

Improve your stock car. Hit the track. Build an empire.

NASCAR Heat Mobile for iOS is available to purchase right now. The Android version of the game will be available Monday 24th April. 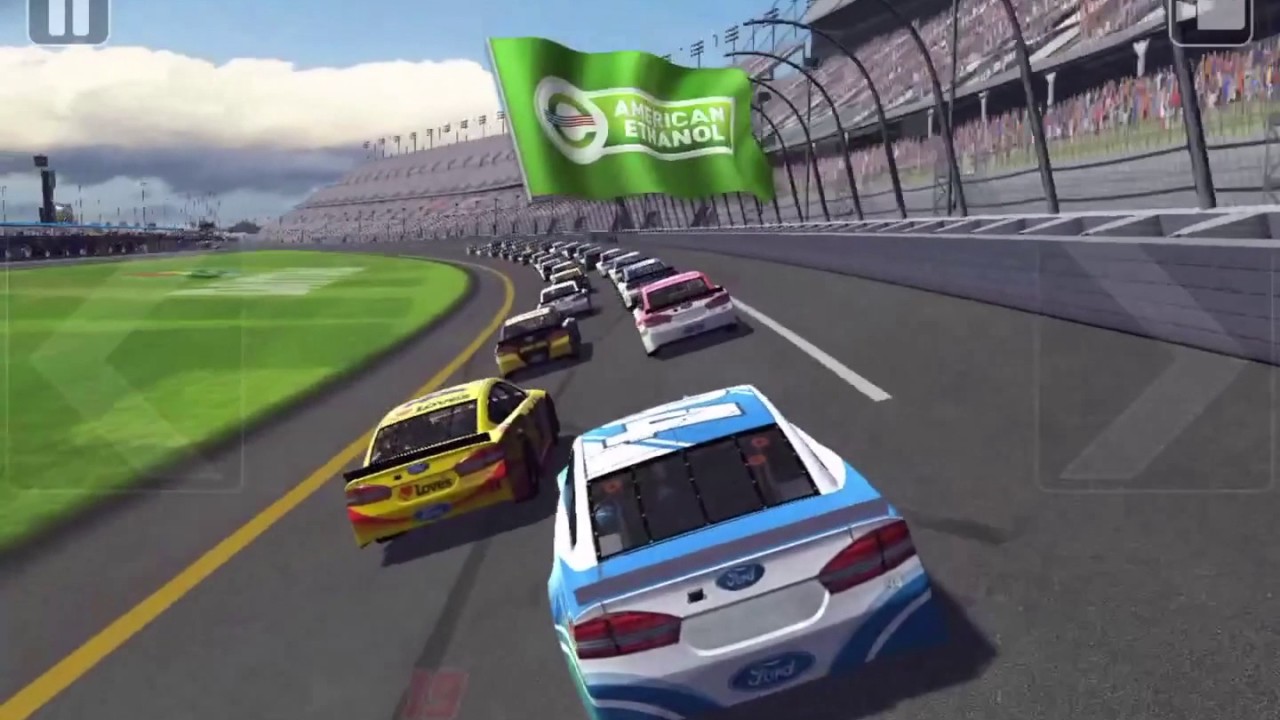 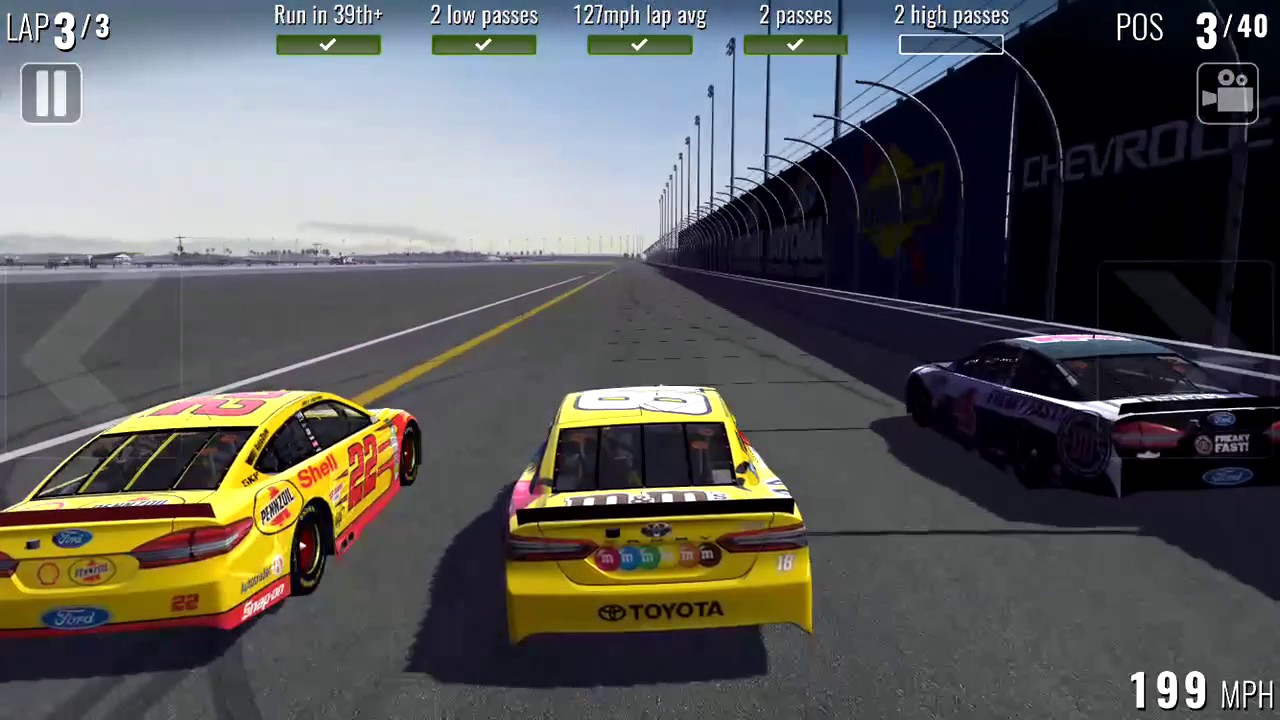 Check the NASCAR Heat Evolution sub forum here at RaceDepartment to discuss the game with your fellow NASCAR racing fans. Head over and get yourself in on the action!

Are you interested in playing an iOS version of NASCAR Heat? How interested are you in mobile gaming? What do you think of NASCAR Heat Evolution on either PC or console? Let us know in the comments section below!

I haven't had much success finding an interesting racer that's held my interest on Android, but if there's room enough on my phone, I might give this a go. I'm interested in the slight management aspects of it, and being free-to-play, I'm not entirely sure what the costs for stuff are going to be like. If it's the same basic gameplay as Heat Evolution and preserved well, it's all gonna come down to the microtransaction costs, in my book.

Also, a little surprised the screenshot there doesn't have the names in the back window; all the images I've seen lately of it have them in that current format.

Does it work with more than one controller?

Staff
Premium
This is exactly what I wasn't looking for. NASCAR for an iPhone.... Really? Sorry to be critical but you should set your standards a bit higher.
Last edited: Apr 22, 2017
T

oh lord! this is bad!

I play and really enjoy this on the Xbox and if the Android version is not too big I'll certainly try it out for some fun diversion when I'm out and about... some sneaky Nascar action while at work would be handy

Just tilt your phone to the left and leave on the table. The car will drive itself for the rest of the race.
You must log in or register to reply here.
Share:
Facebook Twitter Reddit Pinterest Tumblr WhatsApp telegram Email Link
1
DiRT Rally 2.0 | Colin McRae FLAT OUT Pack Arrives March 24th
9
Assetto Corsa Competizione | Laguna Seca Looking Pretty!
6
F1 | 2020 Formula One Team Launch Schedule
13
WRC | Loeb Dropped For Sweden - Breen in at Hyundai