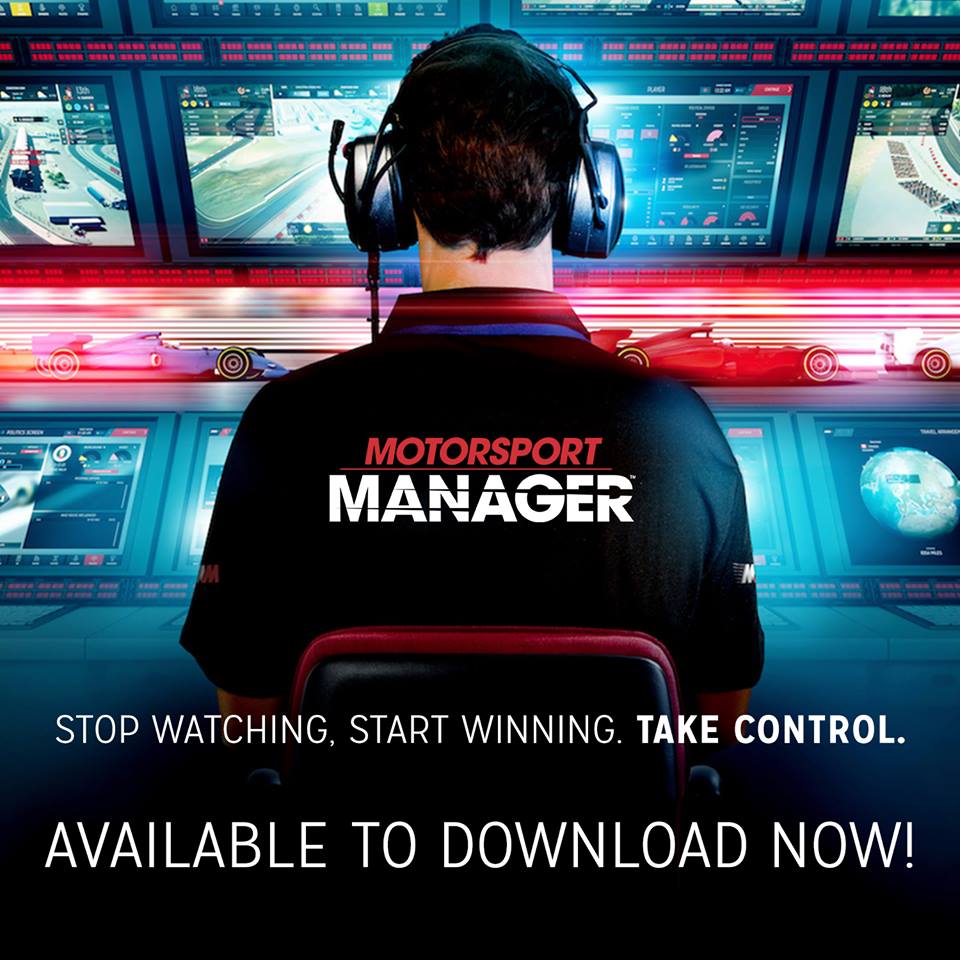 Following a brief delay whilst the studio ironed out some last minute issues with the title, Motorsport Manager is now available to purchase from the Steam store and retails at a reasonable £24.99. Coming off the back of a very successful mobile management game, and with the might of SEGA behind the title, Motorsport Manager promises to be the definitive management title for PC motor racing fans. Sadly lacking official licence to recreate teams, tracks and drivers from an official motorsport series, the game nevertheless does an impressive job of creating some aesthetically pleasing content that mirrors many real world locations close enough to give players a strong indication of what and where they are competing during a racing event.

It looks at this early stage that SEGA have added the addictive magic they did with the Football Manager / Championship Manager games for those with an inclination towards football titles, and if this proves to be even half as popular as its Football Manager cousin then Playsport games are very much on to a winner.

What is Motorsport Manager?


"Have you got what it takes to become the manager of a high-performance motorsport team?

Motorsport Manager is a highly detailed, best-in-class management game for fans of motorsport. You’ll hire the drivers, build the cars and embed yourself in the dynamic world of racing.

Every single detail will need to be considered in order to push your way to the championship title. Split second decisions on the race track combine with carefully laid pre-race plans; everything from building and customising your car to race-day tactics will affect your path to either ultimate victory or epic failure.

Stop watching, start winning and take control as the manager of your own motorsport team."​
Motorsport Manager Launch Trailer:

Motorsport Manager is available for Windows PC right now. Check out our first impressions from RaceDepartment's own Lorenzo Bonder here.

Have you tried the game yet? What are your first impressions? If you haven't yet purchased the game, will you consider it in future? Let us know in the comments section below!
Last edited: Nov 11, 2016
Sort by date Sort by votes

Paul Jeffrey said:
If you haven't yet purchased the game, will you consider it in future?
Click to expand...

I would have to be honest, I do not know what this Sim / Game is, have heard about it but do not know what you actually do...well...apart from the management side of things obviously...lol
I will look at a few You Tube Game play videos once it has been out for a while and see if this is for me.
Upvote 0 Downvote

M D Gourley said:
I would have to be honest, I do not know what this Sim / Game is, have heard about it but do not know what you actually do...well...apart from the management side of things obviously...lol
I will look at a few You Tube videos once it has been out for a while and see if this is for me.
Click to expand...

Lets put it this way. I do not like football. I don't care about football. Football makes me sleep, its rubbish. However I bought Football Manager once and basically spent like a whole year on it!

With all that said, I worry that this will take over my life. Add the fact I've just bought a Rift*, and the chances of socialising for me are pretty much down the toilet


*I might even reinstall PCars because of it.... nah maybe not
Upvote 0 Downvote

A rift? Is this where our premium membership money goes ?
Upvote 0 Downvote

Great game, was way harder and WAY deeper than I thought. Thought it would be the mobile version with a few new features, but it is a whole other game. Difference is as big as Colin McRae 2.0 and Dirt Rally, Need for Speed and rFactor 2, Forza vs iRacing
Upvote 0 Downvote

Got it and have been playing since yesterday (Got a few hours of sleep in though).
A few minor things I would have changed, but overall, great fun and worth getting.
Upvote 0 Downvote

As I have already read, game is not perfect but it's fun. Good stuff on it and not so easy.
Upvote 0 Downvote

Quick question: is the gameplay essentially similar to the mobile version? I think I'll try the mobile app and see if I enjoy it.
Way too many motorsport themed games in my library now...
Upvote 0 Downvote

St3fan said:
Quick question: is the gameplay essentially similar to the mobile version? I think I'll try the mobile app and see if I enjoy it.
Way too many motorsport themed games in my library now...
Click to expand...

Mobile version is fun, but is like a lite lite lite version of the PC game. You mange tires and fuel, pick sponsors and spend money on staff/expanding buildings to make car faster/more reliable. Basics is the same
Upvote 0 Downvote

Winning a Championship is a serious challenge for the first 2 seasons.
Getting the setups right is the main challenge.
Upvote 0 Downvote
J

getting se setups right? it really doesnt make any difference if you have 75% setuo or 100%
This is a bad game, my advice is: steam refund and buy it when it costs 5e. Better title for this game would be mario cart manager
Upvote 0 Downvote
You must log in or register to reply here.

Are dedicated servers supported for multiplayer?