MotoGP legend Valentino Rossi will part company with the works Yamaha outfit in 2021, paving the way for young hotshot Fabio Quartararo to join Maverik Vinales at the Japanese squad.

As the most successful rider in MotoGP history, charismatic Italian Valentino Rossi has an incredible following in the sport since making an explosive debut for Yamaha in the top category some 20 years ago. Recording an incredible 89 wins from 342 race starts during his illustrious career, 2021 will see Valentino Rossi looking for alternative employment in the category following the Yamaha announcement that young rider, and standout 2019 star Fabio Quartararo will be stepping up to the works outfit at the end of the coming season.


"For reasons dictated by the riders’ market, Yamaha asked me at the beginning of the year to make a decision regarding my future" said Rossi of todays' announcement.​
​
"Consistent with what I said during the last season, I confirmed that I didn't want to rush any decision and needed more time. Yamaha has acted accordingly and concluded the ongoing negotiations. It is clear that after the last technical changes and with the arrival of my new crew chief, my first goal is to be competitive this year and to continue my career as a MotoGP rider also in 2021. Before doing so, I need to have some answers that only the track and the first few races can give me. ​
​
Despite the fact Rossi will be celebrating his 41st birthday next month, the Italian riders career looks set to continue beyond the end of this season, with the nine-times World Champion admitting he intends to remain in MotoGP beyond the current season - something that Yamaha are keen to support despite the announcement of Quartararo joining the works team for next season.

​
I’m happy that, should I decide to continue, Yamaha is ready to support me in all respects, giving me a factory-spec bike and a factory contract. In the first tests I will do my best to do a good job together with my team and be ready for the start of the season" added Rossi.​
​
Prior to the confirmation announcement today, Yamaha have already confirmed current rider Maverik Vinales will remain with the outfit for a further two years, extending the 25-year-old's stay with the manufacturer into a fifth season together.

Rossi will use the opening portion of 2020 to assess his overall competitiveness in MotoGP, before firming up his plans within the sport beyond next season. I stopped to watch Rossi drive as much as I stopped to see Senna. It hits to show how big Rossi is for me, but it's time for him to stop.

As you can clearly see from my avatar, I'm a huge fan of Vale, he's my idol.
But Yamaha made the right choice, securing Quartararo that could be the anti-Marquez.
T

Lentoveloz said:
I stopped to watch Rossi drive as much as I stopped to see Senna. It hits to show how big Rossi is for me, but it's time for him to stop.
Click to expand...

Yep. Quit while you are still ahead (i.e., alive, injury free). Had a great career, so relish in it during retirement.

All great riders reach their end..it's the nature of the sport.

I'm glad Rossi is able to leave without serious injury or being forced to retire due to injuries like greats such as Doohan, Rainey and Schwantz.

The Iron Man of Moto GP and maybe all of motor sports. Finish strong VR...although he didn't say he was done??

Im happy for Fabio, but more sad for Rossi. He besically made Yamaha what it is today.
K

A small tribute to the GOAT:

So you are telling me that Rossi will claim number 10 on a Honda? Too bad for MM, he showed great potential...
R

I think this was obvious from months ago and the fact it was signed pre-season suggests that.

Jorge rides just like Fabio so that fits in well, Vinales is mercurial at best so this is about their future.

Rossi will go to Petronas and either become a partner or go back to being a team owner in his own right in 2 and 3. Personally feel it's a god move, Franc is a good mate, nice little retirement year.

Personally would love to see him do a year in SBK, just to annoy Biaggi but I think Rea might beat him!
R

MARQUEZ, nothing more
U

Why are people talking like he's retired when his own statement says he wants to continue? He even states Yamaha will happily give him his own bike and factory contract should he want it. So assuming he "answers" these "questions" he has for himself, presumably regarding his own competitiveness, it seems that there's every chance he'll race in 2020 and beyond.

It ain't over `till the fat lady sings, as they say.

Exactly I think he will be more than welcome at another bike brand to continue his career. Why not stretch until 50 if you still look like a 19yo kid at the age of 40 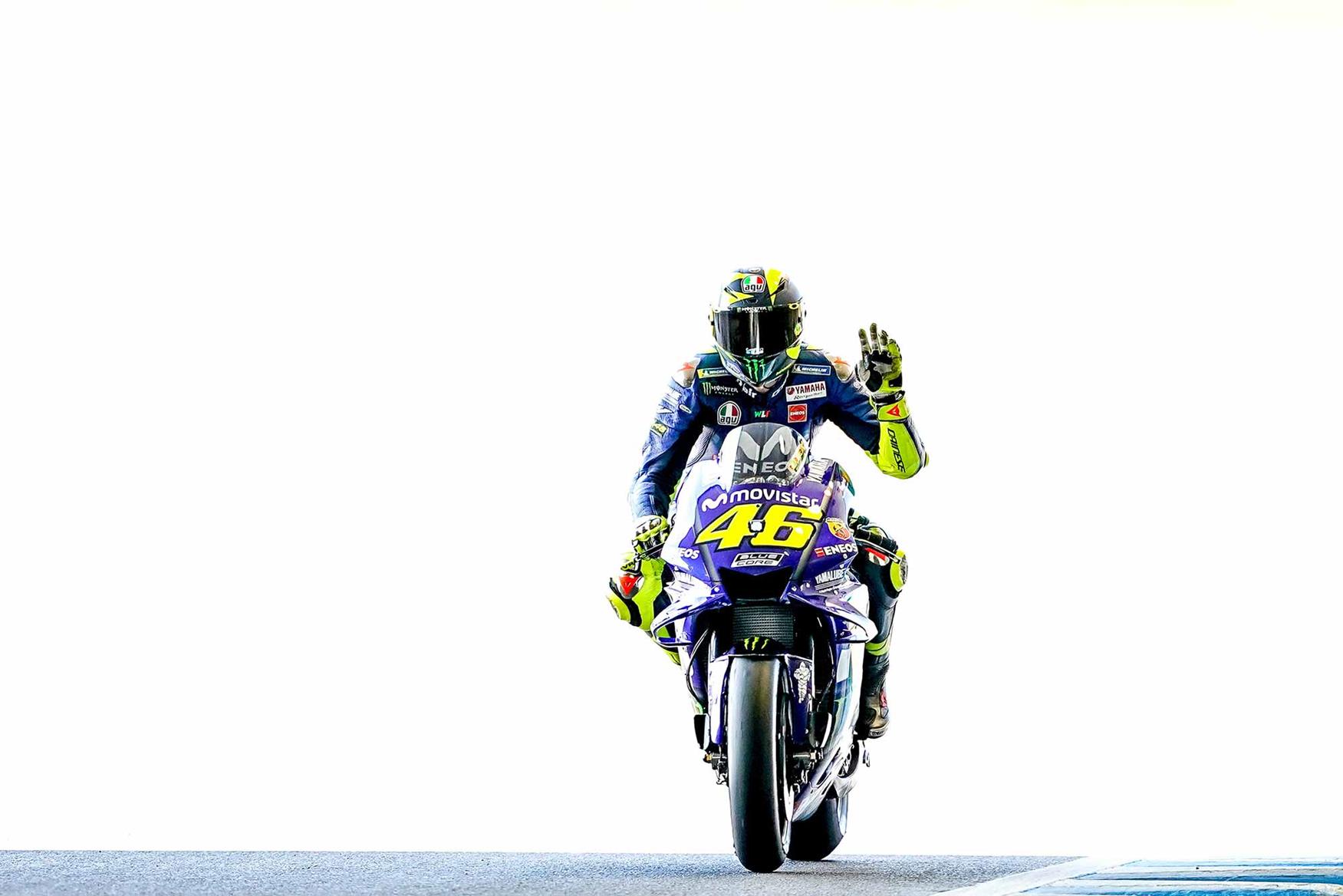 Yamaha buy nursing home for this ****

Ross Garland said:
Why are people talking like he's retired when his own statement says he wants to continue? He even states Yamaha will happily give him his own bike and factory contract should he want it. So assuming he "answers" these "questions" he has for himself, presumably regarding his own competitiveness, it seems that there's every chance he'll race in 2020 and beyond.

It ain't over `till the fat lady sings, as they say.
Click to expand...

Swan song with Ducati would be fitting
D

David DeGreef said:
Swan song with Ducati would be fitting
Click to expand...

correct move by Yamaha, they need to invest in the future. It'll be interesting to see how Rossi fairs this year, IMO be good to see him manage a MGP VR46 team at some point.

They'll never be another Rossi!

I'll never watch the sport with the same enthusiasm!!!
You must log in or register to reply here.