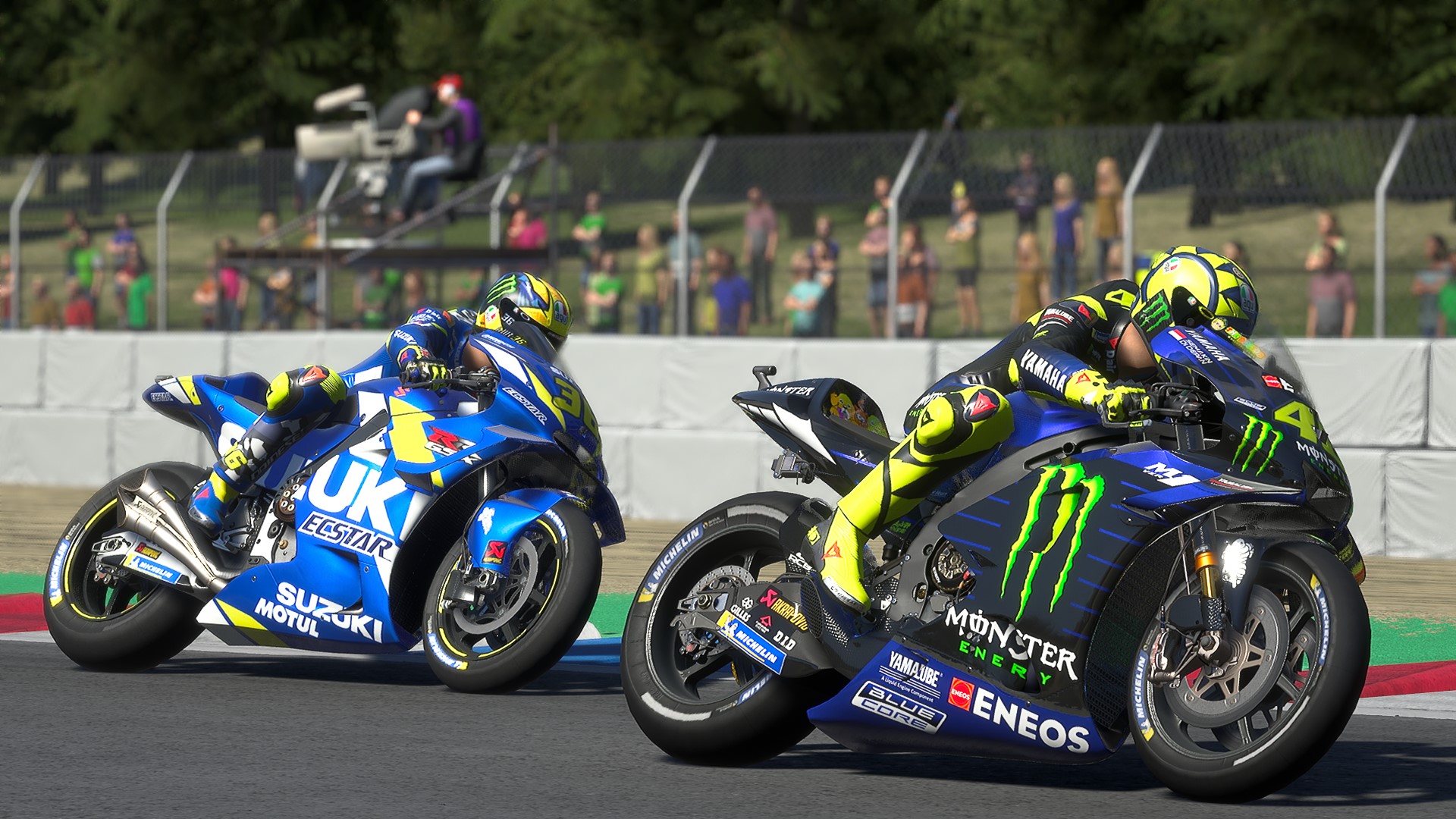 Released recently with promise of being the most advanced and polished title within the MotoGP franchise of games, Milestone certainly appear to have made some very solid improvements to the new game, meeting with largely positive reactions from the bike racing gaming community.

Despite what has been a solid start to life for MotoGP 19, a new update has dropped recently that addresses some minor aspects of the game that have been deemed in need of refinement post release.

Of the new features and fixes within the latest hotfix, the inclusion of the new eSport Challenges is perhaps one of the most significant, bringing another dimension to the online aspect of the game.

Other notable improvements include a rebalancing of the in game AI skill levels and some general fixes within the title.

MotoGP 19 is available now on Xbox One, PS4 and PC.

For the latest news and discussions about the most recent MotoGP game release, head on over to our MotoGP 19 sub forum and get yourself involved with the community today.

Premium
Very happy about this one.
T

I hope so because game was too easy.
S

Anyone tried to play MotoGP games with a wheel or is that just too weird?

Not weird. Much more precise steering inputs I would imagine and like to try.
I wonder if it's possible here.

The AI appear to have no tyre wear and the neural AI seem to have been borked in the latest update.

GirlRacerTracey posted a video in this thread on how to get one working. Highly recommended over a game pad controller. Just my opinion of course.

I used to play MotoGP videogames with wheel, but with the olds motogp games. Nowaday, new games aren't coded for that. it's a shame because as strange it could appear, with wheel, you can feel the road and motorbike's tire grip on track. With the force feedback's feeling You can be more precise on track's trajectory or better manage motorbike's slide.

RedBarchetta said:
GirlRacerTracey posted a video in this thread on how to get one working. Highly recommended over a game pad controller. Just my opinion of course.

I've always used my wheel for these games with no problems, until Motogp19.
Unless I've got things wrong, the only way to get around corners fast is to powerslide.
My wheel is just too sensitive and I can't achieve the balance needed.

I'm finding it great fun on a Xbox One pad now they have increased the vibration.

Yes, the game does have Valentino Rossi

Premium
I'll be buying this one in conjunction with F1 2019. I usually buy them both every two - three years.
You must log in or register to reply here.