The long awaited first gameplay footage from MotoGP 19 is here!

Milestone have spent some time in recent weeks extolling the virtues of their upcoming new MotoGP bike racing title, with some bold claims that the game is set to be a significant step forward over previous entries into the franchise - something that will no doubt appeal to fans who have seen the MotoGP series of games steadily improve over the last few years.

Once again set to feature the official licence for the premier MotoGP bike racing class and its support series, but now featuring a raft of additional features and content improvements - not least of which is the much feted Neural AI advancements, we've yet to actually see the new title in action.

The wait is over.

Selecting fan favourite Valentino Rossi at his home round at Mugello, check out the video at the head of this article to see MotoGP 19 gameplay footage for the very first time.

MotoGP 19 is set to release on Xbox One, PlayStation 4 and PC this June 6th.

For more MotoGP 19 news, head over to the MotoGP 19 sub forum and stay in touch with the latest happenings, connecting with your fellow bike racing fans.

Quite good by the looks of it.
Upvote 0 Downvote

Tyre wear and temperature? I really want to know more about that!
The AI I'm hoping works.
Upvote 0 Downvote

Looks like Ride 3 with MotoGP bikes. I'm curious how the AI will be over a longer race.

And my goodness, that Overtake information on the left is bloody irritating!?!?
Upvote 0 Downvote

Nice, to see that a Mission Winnow Skin for the Ducati will be made by someone of this community
Upvote 0 Downvote

Looks a bit better than the previous AI on a synchronized string, but not mind blowingly better. I was hoping for more noticeable difference between the drivers than is being displayed. Feels like 10% content 90% marketing.
Upvote 0 Downvote

I've put 596 hours into Ride 3, so I'll be testing the hell out of this AI!
I'm expecting 'compensation' for the non existent Ride 3 AI.
If they base the game on Ride 3 then it should be good, I really do like the way the bikes behave. Just make sure you turn every assist off.
Upvote 0 Downvote

Do these bikes sound these tame in real life these days? A buddy of mine raced back in the early 90's and his superbike screamed like a mofo. These sound like juiced up mopeds in the trailer lol.
Upvote 0 Downvote

The problem with Milestone is that the bike still looks like it rotates around its center of mass rather than the asphalt.
And this game is no exception: it doesn't give the illusion of weight transfer during braking and acceleration and in corners the tyres seem they're not pushing the load into the tarmac.
Don't give me wrong, I have no clue what if "feels" like (and 2018 felt ok), but it's just.. meh
Upvote 0 Downvote 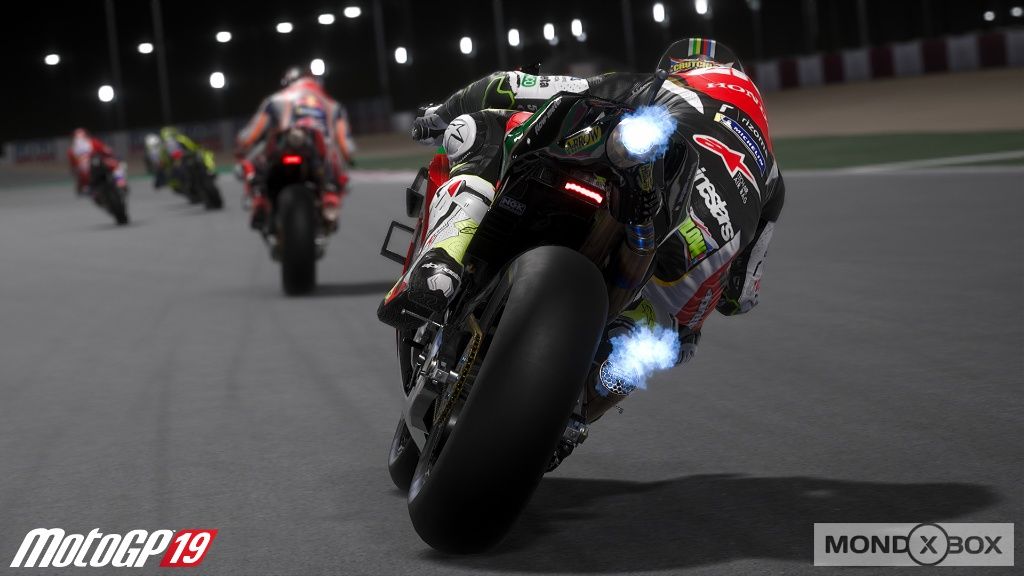 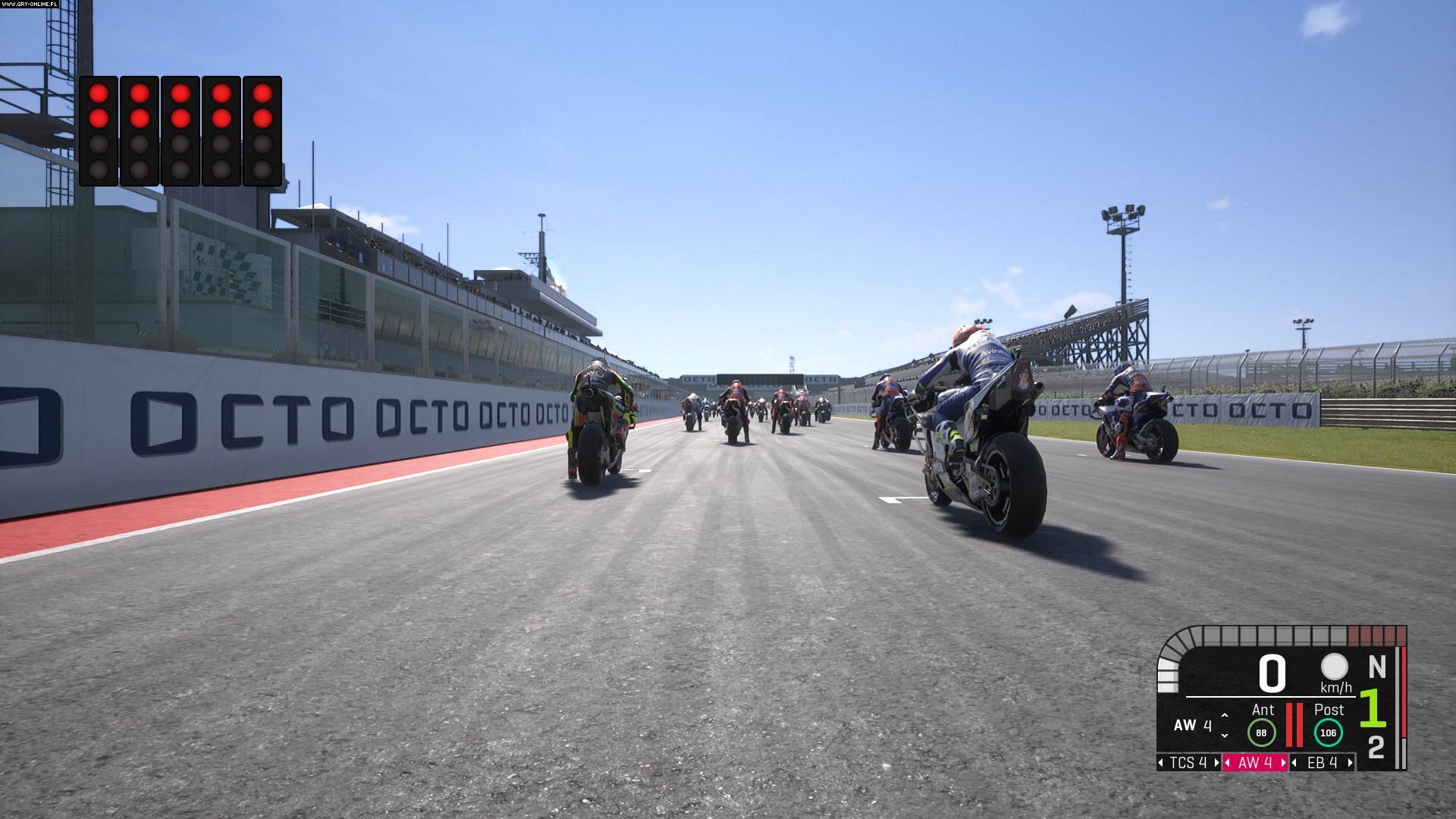 So... anyone excited about tomorrow's release !?
Upvote 0 Downvote
S

So... anyone excited about tomorrow's release !?
Click to expand...

NO!!! aahahahahahaha
i'm only curious about the handling of the bike that seems kind different about 18 and about neural IA and how interact ingame
Upvote 0 Downvote
S

first impressions of the game.... i thought there was some bugs but it was only problems with first launch of the game, sort of problems with the menu and a kind of imput lag downshifting but it's not so only a different version of engine brake for honda and yamaha that is a little more faster on yamaha
the handling like i thought is different from 18 and the bike simulate better the shaking on acceleration
so come back to join the game
Last edited: Jun 6, 2019
Upvote 0 Downvote

I guess the game is out. I'm gonna try it asap. The gameplay I saw looks promising, as the AI. I'm worried about the lack of depth that every year bothers me (I'm not going to list every thing that doesn't work because, yeah, you know).
Upvote 0 Downvote

I'm currently trying out the historical events...2 unlocked so far!
They've been fun and the bikes do handle differently, not easy for sure. That's mainly due to getting used to things.
Upvote 0 Downvote

well, my first impressions are not very good I must say, the brakes on the bike have no power whatsoever, Im playing in "pro" settings but it feels pretty meh, also they removed manual tuck-in and the way the bike powerslide is pretty weird, is like it has no power at all on the low rpms and then kicks in like hell (is not difficult but in my opinion is not realistic either).
Overall this feels similar to mxgp pro, a game they say is more simulation but instead is just an arcade base with some tunnings to make it more "difficult", imo they should just used ride 3 physics and put the new motogp bikes (I still have to test multiplayer and the new AI, hopefully the game is better in that department)
Upvote 0 Downvote

(But I'm not using the helmet cam so it's no biggy.)

Anyway, haven't played enough yet to judge, but it's a nice arcedey motoGP game so far, for sure.
Upvote 0 Downvote
You must log in or register to reply here.