This mod is part of [Modular Mods] and...
Click to expand...

Premium
Thanks for uploading this.

And I changed (fixed) the Italy DRS zone (the picture is from last year). So the last DRS zone starts right at the DHL board.

Greetings, Sir!
I downloaded and installed this mod, same procedure as always, but this time, when I open the game, keeps forever "loading" on the "Wait" screen (first thing that appears when open the game.
Can you help me, please?

Firstly I though that could be the other mod that I had installed, but I removed every single one with that Steam tool.

Thank you in advance!

If it hangs, it ain't this mod. Because this mod does not get loaded from the beginning, but only when you load a track. (That's why the assetgroup files for all tracks are in the base files.)

ParkYongLee said:
If it hangs, it ain't this mod. Because this mod does not get loaded from the beginning, but only when you load a track. (That's why the assetgroup files for all tracks are in the base files.)
Click to expand...

I understand. Thank you very much sir!

Imola could have 3 DRS zones after Turn 4 and after Turn 15 if you can on future update or how the file must be modified if i want to do this ?

Razvan52 said:
Imola could have 3 DRS zones after Turn 4 and after Turn 15 if you can on future update or how the file must be modified if i want to do this ?
Click to expand... 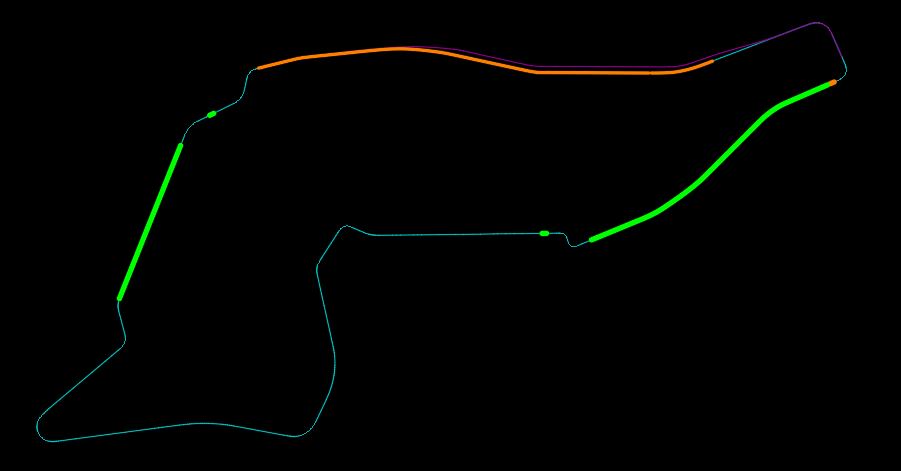 I cut the first DRS zone according to real data. It was too far into the corner by CM.

I was asked to fix Jeddah's first DRS zone to the one in reality, so it will be. (red is current ingame zone, green the correct one). Still need to also fix the other detection zones ... lol
Last edited: Dec 10, 2021

I cut the first DRS zone according to real data. It was too far into the corner by CM.
Click to expand...

Also for reversed grid mod, i was thinking at an game mode from F1 2020, where the grid from next race in championship was reversed according to the championship positions, like 1st at points, next race will start from 20th. It will be very nice if you can do this pls.

4 DRS zones are not possible and Imola does not have a good layout for combined 3a and 3b.
Grid mod only changes coordinates of spawn points on the circuit, it is not possible to make it being affected by anything else, especially not points. 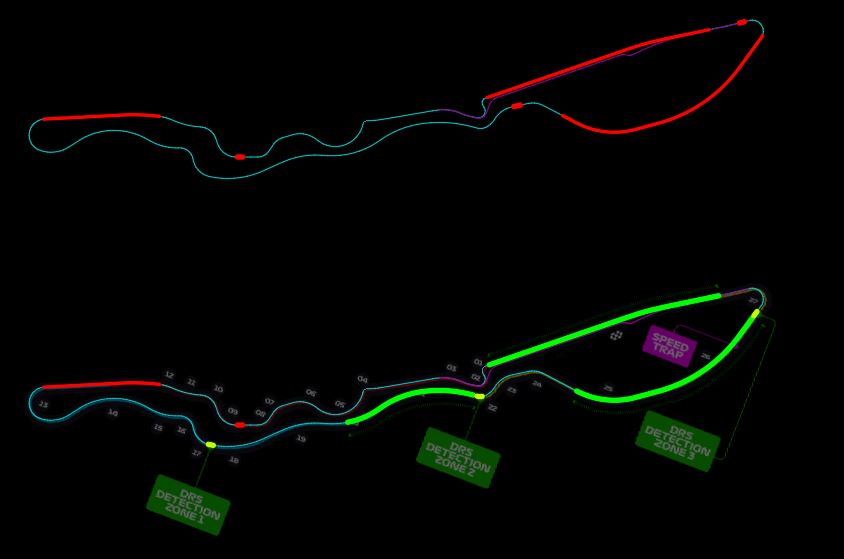 Jeddah fully fixed. I wonder if I should check all circuits ... but I don't really want to
Also all changes will not be seen on the track, the white lines will not change, same for DRS signs at those lines. So, the more changes, the more confusing ^^

Nice with Jeddah, but with Imola, 3 DRS is possible, no ?

Razvan52 said:
but with Imola, 3 DRS is possible,
Click to expand...

The picture shows 3 DRS zones, doesn't it? I still need to verify them working ingame, so far I only worked on the spline files in AutoCAD.

I wonder if I should make a compromise in Jeddah, actually. The first DRS zone starts earlier, but it feels confusing on the track to see the DRS sign and line being two car length away. Same for the last DRS zone, so I probably will keep the original starting points.

Also, the second DRS zone by Codemasters feels more usable, longer, better for overtaking.
The correct DRS zone is longer on the paper, but feels shorter on the track because of higher speeds. Also the bots have probably no parameters so far for overtaking in that section (Codemasters usually avoids bots using DRS not on straights).

To be frank, I will keep racing Codemasters' choice, but I will upload it as an optional file for anyone who wants to use it.

And Imola ... well, I feel the second DRS zone would be stronger after turn 7, but I will only either add after turn 4 or 7, not both as 2a and 2b. Maybe I go for another optional file, to swap, then. 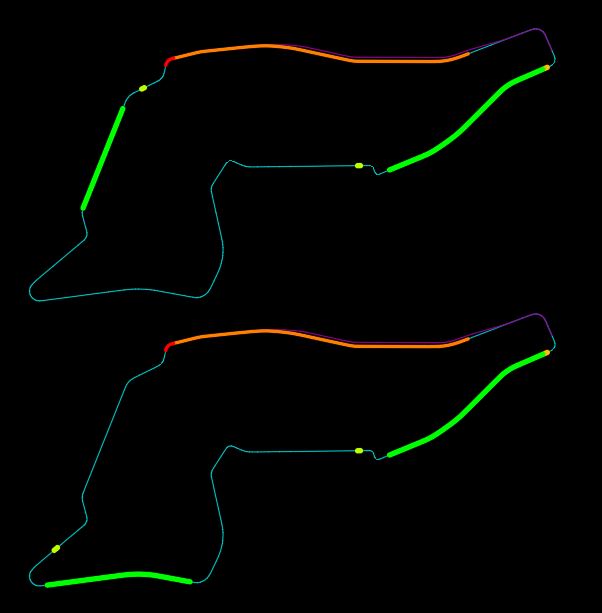 No, the DRS after turn 4 is stronger because the cars exit turn 3 at much bigger speed than in turn 7 and the DRS is more efficient at higher speed.

3 DRS zone = maximum. Only chance to have 3+ is to combine multiple zones like in Melbourne, Hungaro and as I did in Bahrain. So one detection zone would count for two DRS zones.
So, for most circuits it is not really good to do so.

So, nope, not happening - at all. Also short DRS zones like I created in China (and you count in Paul Ricard and Brazil now) are totally pointless, to be honest. Further the bots have set parameters where to overtake and where not, so only because there is a DRS zone does not mean the bots will go for the overtake more than usual.

Ok but for Imola 3 DRS is much better than original

If you came here to only have the fixed Jeddah circuit, simply remove all other circuits from _MOREDRS folder and copy the jeddah one into it...
Click to expand...

Read the rest of this update entry...
You must log in or register to reply here.

Made from high-strength steel to ensure superior quality and exceptional endurance, the MOZA SRP Pedals come with adjustable pedal spacing and can be directly connected to a PC through the USB port. Buy now from Moza Racing ($39.90 – $218.90) With a high-precision pressure sensor of up to...
Share:
Facebook Twitter Reddit Pinterest WhatsApp Email Share Link