R1Joel said:
Whyte bikes.
View attachment 305941
This company sounded fishy from the start. I am not surprised. Hopefully Haas don't end up getting dragged down by them.
I am actually surprised how big of a business energy drinks still are. I don't know anyone that drinks them, they all taste horrible and none of them are good for you. When I have used them in the distant past for sport they've made me perform way worse. Thirty minutes of an energy burst and then crash hard.
Click to expand...

Those fuel cans can run miles.

I just started to search some info about Rich Energy.
Trying to open their official site gave the following message from my browser(pic).

But then I found a discussion about Rich Energy at Autosport.com:
https://forums.autosport.com/topic/211627-what-is-rich-energy/

autosport.com said:
Out of curiosity, I went to the place Rich Energy states as their contact address.
What a shock.
It is a medium-sized building in Wandsworth that operates on a rent-a-desk-by-the-week basis.
There is a single receptionist for all the various tenants.
It was not even clear whether Rich Energy had as much as one room to themselves, rather than just a desk.
The Emperor was buck naked.
---
It seems that the only other company that Storey has is "Wise Guy Boxing" which, it seems, he set up with a boxer who has since resigned as a director (leaving Storey as the only one).
This company is registered at the same address, so it's probably just a mailbox type setup.
He seems to also have had 3 other companies ("Danielistyle", "Tryfan Technologies" and "Tryfan LED"), but those are now dissolved.

The guy is listed as a "Computer consultant" in all of his companies, apart from "Rich Energy" (where he is listed as CEO).
---
It's worth noting that, when Rich Energy were going to put money into Force India, there were a certain two other men mentioned in the deal - both of whom are, indeed, rich; both of whom have a somewhat sleazy past.
I suspected the money was not coming from Rich Energy but, rather, from the other two 'gentlemen'.
---
If Haas register themselves as 'Rich Energy Haas F1 Team' with the FIA and Rich then don't come up with the cash, Haas will still have to use that name all year and Rich get free publicity.
Click to expand... 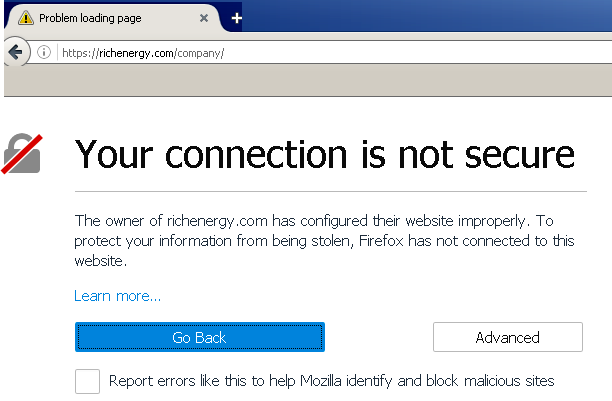 Fat-Alfie said:
Can't Rich Energy do some kind of deal with Red Bull Energy Drinks? Buy a load of Red Bull, pour it into Rich Energy cans, and pretend it's Rich Energy drink?

It worked with their car design. Buy last year's Ferrari, paint it a different colour, and pretend it's a Haas
Click to expand...

You can order energy-drink with whatever print you want on it. Directly at soda-breweries.
Even small quanitites, for those of you who want to sponsor a Simracing team.
http://www.getyourcan.com/
H

Seeing the sales pitch on the RE website, there is no chance they may take off one day. It is canned pompous marketing fluff miles away from the fun stuff used by RedBull, Monster and the like. I wonder whose money goes into this economic nonsense.

Fat-Alfie said:
Can't Rich Energy do some kind of deal with Red Bull Energy Drinks? Buy a load of Red Bull, pour it into Rich Energy cans, and pretend it's Rich Energy drink?
Click to expand...

It wouldn't surprise me if that was the actual plan. The amount of rebranding that goes on is insane. I wouldn't buy expensive stuff until I know a lot about it because I'd say the vast majority of it is just the cheap **** in a fancy bottle.

Sporting trivia:
Whyte bikes who, through its current owner ATB, took Rich Energy to court over its logo, was founded by Jon Whyte who was previously a Benetton F1 design engineer.

NDG said:
Someone tried to order their product from Amazon, so we don't have to...
https://www.reddit.com/r/formula1/comments/aqjetw/rich_energy_actually_delivered_products/

Apparently, he got what he wanted... I don't know what that satisfies... I guess curiosities? Not 90 million cans though, but hey! They delivered!
Click to expand...

In the court it came out that maybe, possibly, approx. 3 million cans had been sold over the years.

RCHeliguy said:
Hope this doesn't affect the Team. Haas couldn't be more different from their cosponsor. They are a large company that produces large scale industrial CNC, other machining and production equipment. One of my customers actually sells and services a lot of Haas equipment. It's very real!
Click to expand...

To be blunt, this goes nicely in with Haas himself. It's not like Gene Haas went to court and was jailed for nothing. What he did was arguably worse, and he got off a bit lightly. However that didn't hurt the company, so this won't hurt it either. Don't worry about that
S

so Rich Energy isn't even a real person?

They are empty only because Grosejean has drink them all.
That explains his recent form.

Haas the drink ever been sold anywhere?

Ross Garland said:
Take a look at the average child/teenager on the street. They'll likely be walking along supping a big can of so-called "energy drink" despite the fact they live a sedentary lifestyle of playing computer games and watching TV. I barely ever see one drinking Coke or other regular soft drinks these days. Children, teens and young adults are by far the biggest market for this crap. Personally, I don't think they should even be allowed to be called "energy" drinks, because they are implying they are somehow beneficial when they blatantly are not. That, boys and girls, is why you never see professional athletes (or anyone who knows anything about health and fitness) drinking one
Click to expand...

Yes, I always find it misleading when you see a driver on the grid drinking from a bottle with an energy drink logo on it. Verstappen certainly doesn't drink Red Bull before a race.

A year ago, there was a big tragedy here in Quebec. A teenage girl drank two cans of a product that mixed alcohol with a "energy drink"-like beverage. She got so drunk she passed out and fell in a river, where she drowned. That beverage specifically targeted teenagers and yound adults: it had a "cool" name, a colourful can and the taste of alcohol was hidden by the high amount of sugar. Even though the legal drinking age is 18 in Quebec, she was able to get two cans if this crap. All this to say, I completely agree with your post.
M

The next sponsor for Haas: Los Pollos Hermanos.
M

silhouette106 said:
Would love to read/watch something that talks about all the wierd and wonderful 'schemes' that motorsport has been involved in.

TBF I think Moda was more the team owner not being of 'honest racing morals'
Click to expand...

Indeed. Read Perry McCarthy's book if you can find a copy. He was the second Andrea Moda driver. Very funny book.

This whole saga...if true... points to a very big issue for Haas.
We all know the advertising 'real estate' on an F1 car is governed by dollars.
You wouldn't take on a major sponsor without your finance people visiting the various plants and very closely examining the overall assets of such a company.
That would have happened numerous times before one signature went to paper.
Its just how business is done.
You must log in or register to reply here.