Well as always here at RD I had a ball tonight until I was stopped by a knock on my front door, daughter didn't have her key.

Qualied in 9th, got a good start but so did those in front. All good through T1 and managed to gain a place before the end of the lap. Lap 2 and those behind me made a few moves and 3 off them went by me but before the end of lap 2 I had already regained 2 postions back. On the 3rd lap I had a nice little battle with the guy in front of me until I finally made the move stick and was back upto 8th spot. This is where I settled into for the next lot of laps as I was watching Nigel & Georgio battle it out for 6th place. After about 7or 8 laps both Nigel & Georgio had contact and I was able to get by as they recovered back to track. Now in 6th place I held on until my pitstop which was no lap 20. Nigel pitted on lap 19 and by the time I came out he had jumped me. After the dust had settled I was back to 6th place with Georgio closing the gap slowly. Now on lap 27 and with about 12 more to go, thats what I had estimated the race leanth to be, I had a knocking on my front door which was a distraction & then as I missed my braking point and went off track and hit the barrier which killed my car. Oh well there will always be next time I suppose.

Thanks to Bram for setting this up, thanks to RD & thanks to all that showed to make this a grt event. Grts to all podium winners. :thumbup:

Had some close racing with Hamilton and Remco :thumbup:

Finally i managed to finish in 2nd place.

Had a super race with you guy's. Thanks to Bram and RD for this great night.

I was slow, unprepared I guess.

Speed never came in the race and I realized a few laps in I had picked a lousy pit strategy.

Thanks RD and Bram! 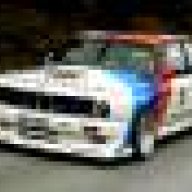 Sorry for the couple of knocks at the beginning of the race, I'd had a few too many beers. I've asked the wife to help keep my beer consumption under control on race nights! Fortunately I got spun off the track after a couple of laps and could no longer cause trouble. I caught up to Omer eventually and like he said, we had a great battle. After I braked too late and spun him around I decided I should disconnect as the leaders were starting to lap me and I didn't want to ruin someone else's race. Next time I will be under control, sorry guys!
D

A bit lonely but nevertheless good mini friday event, really hard to keep one concentration thru out the 80 min, two 40min events , with reverse grid for second , would be better in my opinion. Thx to all whom i lapped for their prompt acknowledge of me coming thru.