Mind if I vent about simracing for a moment? 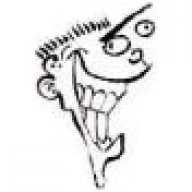 Bought multiple DLC to join an rF2 league. First race: rF2 performance problems, race ruined. Two races later: Fanatec Clubsport V1 pedals acting up: ruined qualifying. I replugged the USB between quali and the start of the race, to fix them temporarily (as always). During the race my T300 shifter paddles randomly refused to shift and randomly double shifted, problems they've developed recently. In the end I ragequit and regret wasting my time.

League races take preparation time, and at least half your races are ruined by random BS. Technical issues with your gear, your internet, some other car spins and takes you out of the race, or your top of the line PC power supply blows up. Your time and effort are hardly ever rewarded.

Gear wise, simracing has a problem too: Thrustmaster gear doesn't last with regular use, Fanatec gear has proven to me to be extremely unreliable, and the "pro" stuff is unaffordable.

My wheel and pedals by Fanatec have always had widely known issues that were never solved. The Thrustmaster T300 that replaced my fanatec wheel is not much better with its paddle shifters glitching and recently started making all sorts of electrical noises.

It seems if you don't want hours of prep work and race weekends ruined by gear issues you have to upgrade to OSW and Heusinkvelds or w/e (assuming these are reliable, and the latter are out of stock) but that would be financially irresponsible, for me and most people.

To me, the time and money to fun ratio just isn't good enough in league simracing. I have lots of games in my Steam library, most of which are fun right out of the gate - you don't have to spend hours tweaking numbers (car setup) or training (solo running 150 laps on a track) before the fun can begin, and they don't require large investments for game genre specific gear that always breaks.

If I'm to race again, I'll need pedals and a wheel that offer actual reliability at an affordable price. Currently that doesn't seem to be an option. I'll take suggestions, but I fear I'm gonna have to call it quits.
Last edited: Mar 19, 2019
Reactions: RMR1

Sorry to hear, thankfully I've had good luck with my equipment. Fanatec CSR elite pedals going 7yrs strong and 2 TM tx....first one broke due to someone pulling them self out of my rig by grabbing the rim.

Every few months, I'll take them apart and and clean/ lube parts up.
In the end your only as good as your equipment and preparation.

If you really want to sim race and get some new higher end equipment, you'll have to figure out a way to sacrifice something and save up.....if not than you have your answer to wether you should continue or not.

Here's a few ideas....
Collect bottles, collect and strip copper wires, pick up some OT shifts at work, get a second pt job, if your a student...sell your self, ask your parents for more allowance, cut your neighbors lawn etc.

It's all about the side hustle, as there is always ways to make money!.....having patience also helps
Last edited: Mar 17, 2019
Reactions: RMR1

I am not a student anymore, by a long shot. Any extra money goes towards paying off what remains of a student loan, and toward saving up a downpayment on a home, whatever tiny amount I can manage. If I was able to work overtime I certainly wouldn't be spending it on things that aren't really necessary.

It should not be necessary to buy high end just to have stuff not fail. I have a low end washing machine that always works. I was pointing out a problem with sim racing: the non high end isn't reliable. There's no reason it can't be. You were lucky with your gear as you say, so I guess there's hope, but if it's down to luck with the run of the mill gear, having bad luck means you end up buying several sets, over time spending the same amount you would for "high end" gear. And that's just no good.

Besides gear breaking there's a whole array of other random things that will ruin races after having spent a good amount of time getting prepared, and it sucks. But that only applies to league racing - that's when you need to prep. With my current pedals I wouldn't be able to drive solo, casually either. That would be my main reason for replacing these dodgy V1s.
Last edited: Mar 19, 2019

Kurupt CDN said:
Every few months, I'll take them apart and and clean/ lube parts up.
Click to expand...

Including your TX wheelbase, or just your pedals? My T300 is the same thing, and I've never opened it up. Any particular parts that require attention?

On the pedals I lube any moving parts and air blast it, with the wheel I've air blasted the pots behind the paddle shifters, take the rim off and blast it, for the base I've only opened it up once...wait till the warranty is up.
Give it a good air blasting to get the dust out and tigthen the screws that hold the inners to the base.
If your comfortable you can also upgrade your fan to a slightly larger one for better cooling.
You must log in or register to reply here.
Share:
Facebook Twitter Reddit Pinterest Tumblr WhatsApp telegram Email Link
65 comments
Automobilista 2 | Build 1.0.6 Available Now
37 comments
2020 Formula One Bahrain Grand Prix | Discussion Thread
36 comments
iRacing | Update Time And New Track Preview
Top Bottom