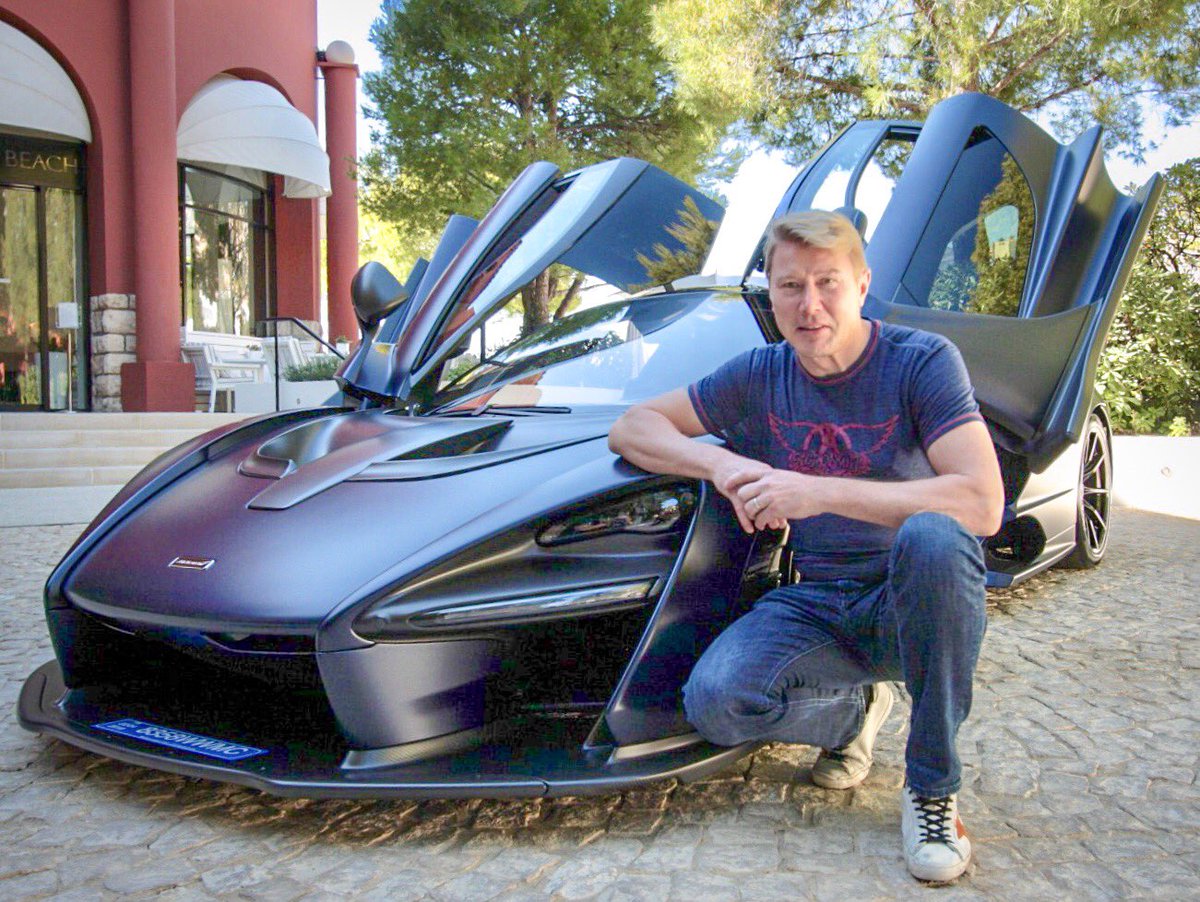 Mika Hakkinen will return to racing this autumn, the double Formula One World Champion confirming earlier today that he will contest the 2019 Suzuka 10 Hours with McLaren.

World Champion in 1998 and 1999, Hakkinen has been away from active racing competition for a number of years since hanging up the helmet following an incredible career in Grand Prix racing. The now 50-year-old 'Flying Finn' spent several seasons in the top flight of motorsport for Lotus and McLaren, bagging no less than 20 Grand Prix victories for the Woking team before walking away from the category at the end of a trying 2001 season.

Still retaining the racing bug, Hakkinen would soon return to competition however, joining up with his title winning engine provider Mercedes for a stint in the German DTM championship from 2005. Hakkinen would have three solid years in the category, often in the shout for big results as he eventually wrapped up three race wins and a championship best of fifth overall, scored during his debut year in the category.

Recent years would see Hakkinen take an ambassadorial role with Jonnie Walker and his former McLaren team, leading to the new opportunity to get behind the wheel of a competitive race car one again at the Sukuka 10 Hours this August in Japan.


“I visited Suzuka Circuit for the first time in 16 years in March 2017 and was able to meet Japan’s enthusiastic fans once again,” Hakkinen said. “Then, last year, I drove the [McLaren] MP4/13 and enjoyed Suzuka's unique figure-of-eight track layout.​
“So, this year, I decided to return to racing for the first time since the Intercontinental Le Mans Cup round at Zhuhai in November 2011, and I chose Suzuka Circuit as the place for my comeback.

“Suzuka was also the place where I won the Formula 1 World Championship for the first time [in 1998] and where I have so many enthusiastic Japanese friends.

“I am very grateful to Katsu-san and Mobilityland for making this wonderful project possible. And I hope to see the Japanese fans again in August.”
​
Hakkinen will line up alongside Katsuaki Kubota and Hiroaki Ishiura, both respected Japanese drivers in their homeland, and is expected to be taking part in a GT3 specification McLaren 720S for an as yet unnamed team.

For more news from the world of motorsport, head over to the RaceDepartment Motorsport sub forum and get yourself involved with the community today.

Very pleased to read this. Mika is an excellent driver and I'm excited to see him behind the wheel again.

Very happy for Mika, I hope he does well.

Great news! I've always admired and liked Hakkinen. An amazing talent and Schumacher's greatest rival back in the days.
L

Long time. That is remarkable.

Good for him. I like Mika, always struck me as a stand up guy and there's no doubting he was a force to be reckoned with on track.

Two of the greatest minutes ever in F1 courtesy of Mika Hakkinen.

Mika doesn't get older or does he? He looks almost exactly the same as on the day he left Formula 1.
But i'm glad he gets into the seat again. I'm looking forward to it.
W

Dirk Steffen said:
Which series will he be racing in with the 720 GT3 ?
Click to expand...

Suzuka 10h is part of the Intercontinental GT Challenge
T

ooooh yesss. Now I need a IGTC dlc for ACC!

One the few 'Gentlemen' to drive in F1.
Very popular in Oz after his nasty accident at Adelaide in 1986 and just thoroughly nice bloke with lovely sardonic sense of humour.

Hah, awesome. And now I can't help but feel like McLaren was teasing this back in November with this video.


I've no doubt he'll do well if the machinery doesn't let him down.
D

I was never a big F1 fan, but I always liked Mika. A typical, no BS Finn. (I do really like Kimi too, maybe i just like Finns!). Anyway, good to hear he will be back behind the wheel.

itsbillyfrazier said:
I was never a big F1 fan, but I always liked Mika. A typical, no BS Finn. (I do really like Kimi too, maybe i just like Finns!). Anyway, good to hear he will be back behind the wheel.
Click to expand...

Kimi's a flippin' trip, he has my appreciation for his approach to press conferences and interviews, if for no other reason...

SinAporia said:
Mika doesn't get older or does he? He looks almost exactly the same as on the day he left Formula 1.
But i'm glad he gets into the seat again. I'm looking forward to it.
Click to expand...

I think it's probably the anti-aging properties of Lutefisk and reindeer blood...
You must log in or register to reply here.