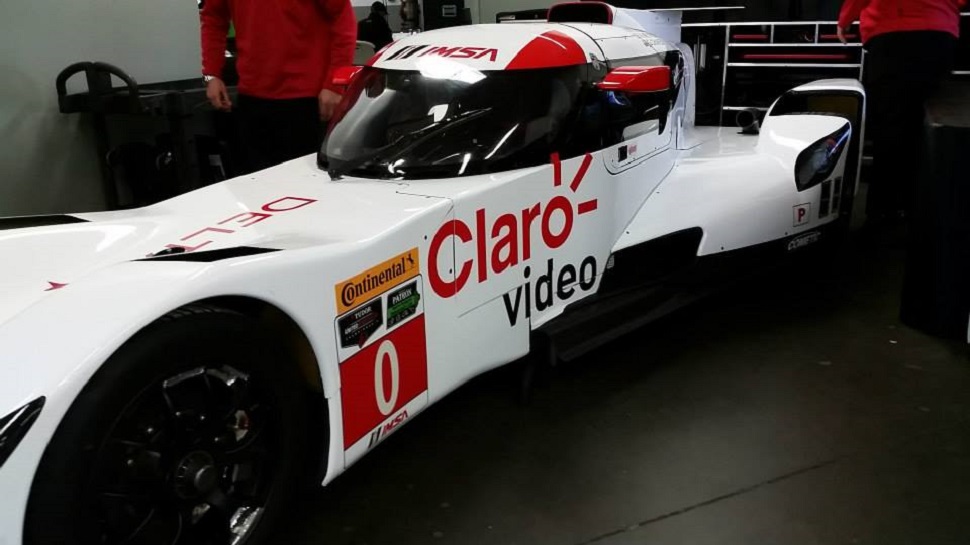 After being dumped from the Chip Ganassi team in favour for Joey Hand, Memo Rojas has quickly found himself a new drive for the 2015 Tudor United Sportscar Championship campaign with the Deltawing team.

Rojas was a team mate of the vastly experienced Scott Pruett for eight years with Chip Ganassi as they established themselves as the dominant team in the previous Grand-Am series with four series titles and three Daytona 24 Hours victories in seven years. Whilst 2014 was a difficult year for the uber successful team, they still won three races including the prestigious Sebring 12 Hours.

Rojas feared a year on the sidelines this year but has been thrown a lifeline with this full season Deltawing deal, which came about thanks to the current Deltawing and ex-Chip Ganassi team manager Tim Keene. Rojas explained how the deal about to renowned American sportscar journalist Marshall Pruett. He explained "My friend Tim Keene, who was my team manager at Ganassi, called me after he heard I was no longer with Chip and offered me a job with the DeltaWing team,We worked so well together; I won four [Daytona Prototype] championships with Tim, and he knows me—he knows what kind of person I am, what kind of driver I am, and he told me I could really help with what they were doing with the DeltaWing.”

Rojas further explained to Pruett some of the other offers he received from TUSC prototype teams "I think I got calls from every single [Prototype] team; I’m not kidding, and they were all very nice and some had good things to discuss, but most of it was about only the endurance races, and some of them wouldn’t start until after Daytona, want to race full-time, not just the long races or a few events here and there, and I really liked what Tim had to say about the team, and about how I could really help to improve the car and make it reach its full potential. So we agreed and now I’m headed to drive it at the Roar. I’m really excited about this."

For the first time in a while Rojas will have to adjust to a new team mate, as he will partner Deltawing stalwart Katherine Legge, although for the opening Daytona 24 Hours race will be joined by Andy Meyrick and Gabby Chaves also. The Deltawing showed promise on occasion in 2014, and with Rojas now joining the team the car looks to take a step forward and regularly challenge for TUSC victories amongst the bevy of Daytona Prototype and LMP2 entries. Look out for the Deltawing to surprise in 2015.
Click to expand...
J
Written by

Good luck for Memo. He is a fun and nice bloke. He paired with, in my opinon, one of the best current american drivers. The Deltawing is a mistery to me in terms on how it will be performing this year. Hope he may be able to run Lemans 24
You must log in or register to reply here.