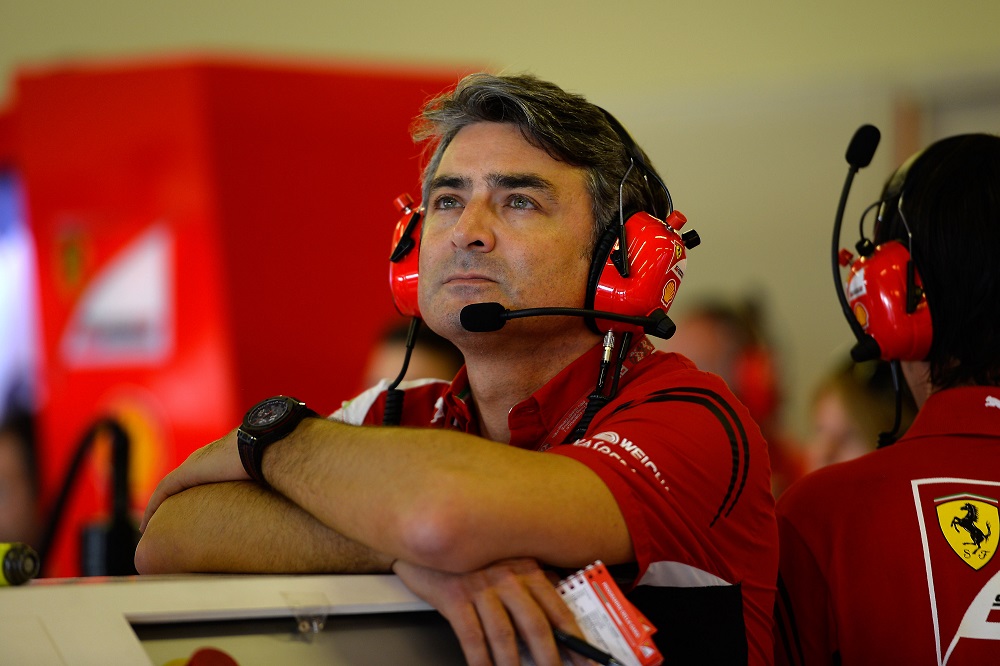 After a tumultuous 2014 season for Ferrari, who hoped to challenge for the title this year yet have heavily under-achieved, their season has ended with more upheaval for the famous team. In a year which has seen team principal Stefano Domenicalli and star driver Fernando Alonso leave the team, now Domenicalli's replacement Marco Mattiacci has also been replaced by Maurizio Arrivabene.

Mattiacci struggled as he was drafted in to take charge of the struggling F1 team in April, despite him having no previous motorsport management experience. The team continued to struggle and his relationship with Fernando Alonso deteriorated to the point he wanted out of the team. It now appears Ferrari have decided to go in a different direction by appointing Maurizio Arrivabene, a senior executive with long time Ferrari sponsor Phillip Morris. Arrivabene is also a F1 commission member.

The team have a long term relationship with Arrivabene, although it will be tough to Arrivabene to come in and manage a Ferrari team in rebuilding mode after a very difficult 2014 season. It appears Mattiacci has now left Ferrari completely, after only 8 months in charge of the F1 team.

Ferrari announced the move in a press statement released earlier this morning, which stated "We decided to appoint Maurizio Arrivabene because, at this historic moment in time for the Scuderia and for Formula 1, we need a person with a thorough understanding not just of Ferrari but also of the governance mechanisms and requirements of the sport, Maurizio has a unique wealth of knowledge: he has been extremely close to the Scuderia for years and, as a member of the F1 Commission, is also keenly aware of the challenges we are facing. He has been a constant source of innovative ideas focused on revitalisation of Formula 1."

The statement went on to add "His managerial experience on a highly complex and closely regulated market is also of great importance, and will help him manage and motivate the team. I am delighted to have been able to secure his leadership for our racing activities. We would also like to thank Marco Mattiacci for his service to Ferrari in the last 15 years and we wish him well in his future endeavours."

Arrivabene will now have the entire off-season to work with the team and drivers Sebastien Vettel and Kimi Raikkonen and integrate himself with the team, as they will be pushing to avenge a poor 2014 season, which was their first winless season since 1993. As for Mattiacci it appears he's been chewed up and spat out by the Ferrari system, although he will not be short of job offers within the car industry, after his stellar previous record with Ferrari North America. Hopefully this move will prove beneficial for all parties. What are your thoughts on the sudden change of team principal?
Last edited by a moderator: Dec 3, 2014

It says to me that Ferrari are out of ideas and just need fall guys at this moment.
We can look forward to a Chelsea Football Club management cycle.

Ross Brawn would lead this team in the right direction, someone give him a call and drag him away from his fly fishing adventures!
M

It is a shame that you see that team going down the hill after Schumacher/Todt/Brawn left the team. As Stuart Gillard said I hope they bring on Brawn but not to lead the team but let him do what he is good at: Strategy,

I do think the Ferrari ship is sinking and they don't know what to do which to fix it, which is why they've changed team principle so many times in recent months, they need someone of Brawn's background and caliber to bring them back to winning ways.

Look what he did with BrawnGP when Honda withdrew in 2009, he engineered that team to both Championships, if he was to go to Ferrari imagine what he could do with the financial support they have and the resources which would be available to him, plus he knows the organisation inside and out, he's the ideal man to fix their problems and get them back to the top.

The Schumacher/Todt/Brawn era was magical it was just flawless I don't know if there will ever be such a dominant trio in a team again which can achieve such success in such a short period of time which they did.
R

I think Ferrari is the cause of its own problems. How can ANYONE go into Ferrari's F1 team and make a change with everything behind the Ferrari name is telling you to sing the Ferrari song and dance the Ferrari dance. Ferrari has the money, facilities and talent to succeed but if you are an engineer at Ferrari and you don't drink the red Ferrari coolaid then you will not be there for long. Lack of inovation, stagnation in ideas and too much self importance have been the downfall of a lot of other organizations before Ferrari. Looks like Ferrari will be losing for a long time, they can fire and rehire all the talking heads they want but until Ferrari gets out of the F1 team and let the F1 team do what they are good at the Ferrari F1 team will continue to fail. Here is an example, the head of Ferrari shows up at the race, sees his car get passed by a Sahara Force India car and thinks.... oh no, this is Ferrari you cant pass us... whos fault is this... its not mine, I dont make mistakes.... Well, SIR, you do, you are the problem, get out of the way, take the suggestings from your F1 team and go get them implemented regardless of how much your ego takes offense to the suggestions. You will build a successful team by supporting them not firing the first person you want to blame for your mistakes. Get out of the way or continue to get passed!
T

Mattiaci should never have been put in charge. It seems like the Fiat CEO is pulling the strings and driving much of the talent away from the team and the Ferrari business.

Domenicali got fired for coming 2nd in the WDC twice.
They would wish for that now.

Ferrari for some reason think they have a divine right to be winning all the time. That is their trouble.
For the vast majority of their time in F1 they have been mediocre - playing second fiddle to the 'garagistas' here in the UK.
Bernie nor the FIA has helped the situation with their 'special' treatment and deals for Ferrari.

It's like the 80's all over again. Long may it continue

Putting that shifty guy in charge never made any sense to me.

Dmitry Zaharov said:
Putting that shifty guy in charge never made any sense to me.
Click to expand...

Not sure he was "shifty"
he could have been a great operator but he was in an impossible situation.
Engineering improvements take months, the engine freeze is done anyway and he was parachuted in from being a marketing man to run a complex F1 team.
To have any hope you need to have many years in racing, design, engineering.
What hope did he have if Domenicali wasn't up to it.
OK the exception was Flavio but he was an exceptional bullshitter and cheat and had Bernies backing.

I see Mattiaci as in that middle managers conundrum.
We want it done our way (the directors)
but if you fail its your fault.

Good riddance, that man wasn't even grateful for the driver that got Ferrari decent results.
You must log in or register to reply here.