Marussia to field one car in Russian GP 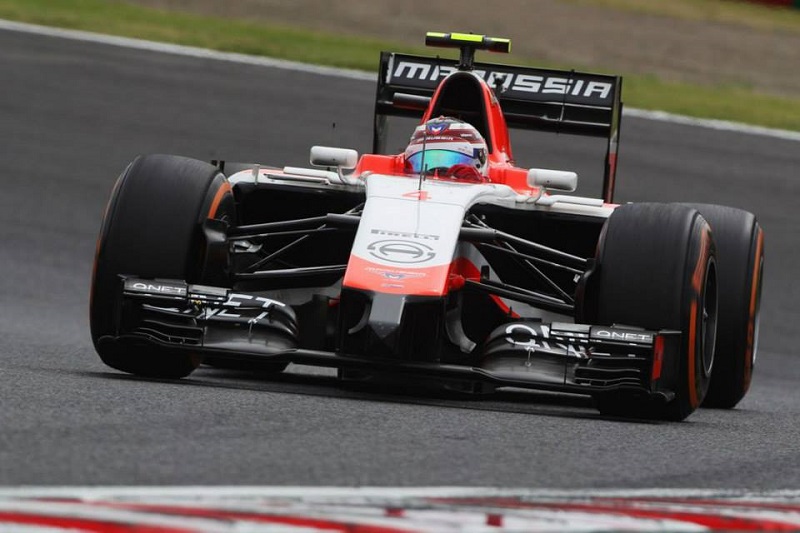 After the hugely traumatic Japanese Grand Prix for the Marussia team last weekend, in which lead driver Jules Bianchi was critically injured in an accident with a recovery vehicle in tricky wet conditions. After consulting amongst themselves and with the Bianchi family, the team has decided to only field one car in this weekend's inaugural Russian Grand Prix for Max Chilton.

Despite the team building a new chassis and nominating reserve driver Alex Rossi for this weekend's race, the team made the decision this morning to only race one car for Max Chilton, with Bianchi's race car remaining in the garage all weekend as a tribute to him.

This morning the team released a statement on the decision "The team have written to the stewards of the meeting to inform them that they have withdrawn their second car. Not withstanding the presence in Sochi of Alexander Rossi, the nominated Official reserve driver for the 2014 Russian Grand Prix, the team feels strongly that fielding a single car, that of driver #4, Max Chilton, is the appropriate course of action under the difficult circumstances of the weekend."

Marussia's only driver for this weekend's race, Max Chilton had this to say on the matter "I don't know how to put into words how truly devastated I am by what has happened to Jules, the support from the F1 family has been incredible and all we can do is be there to support Jules' family at this difficult time."

Chilton later also added " It is going to be a very emotional weekend for the whole team, but we will try to get through it and keep praying for Jules." Obviously this weekend's Grand Prix will be a very difficult one for everyone in the F1 community, especially for the Marussia team which will solider on with Max Chilton for the weekend. Hopefully the team can put in a great performance this weekend to honour Jules Bianchi, with everyone also praying we'll also hear some good news on his condition very soon.

I understand where they're coming from with this decision but I would've let Alex drive, he's their reserve driver and that's what reserve drivers are for right?
M

It's a good intention, but they do this with the knowledge that they have 2 Important Championship points more than their rivals. Would they have done this if they needed the points? I'm not so sure

Bramalo said:
I understand where they're coming from with this decision but I would've let Alex drive, he's their reserve driver and that's what reserve drivers are for right?
Click to expand...

Yes I agree with you, but only for this race Rossi doesn't drive in tribute to Jules We will see him for the next race.