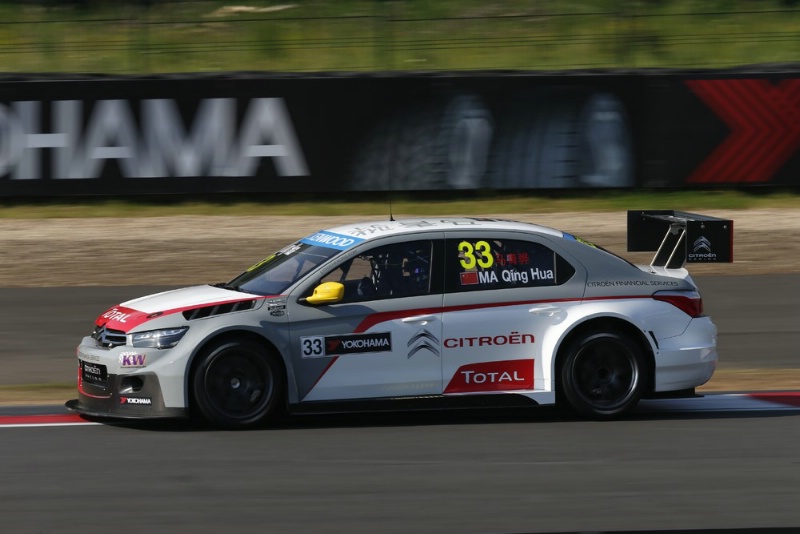 Citroën Racing has announced it is expanding to four cars full time in the WTCC for 2015 to include Chinese driver Ma Qing Hua alongside reigning champion Jose Maria Lopez, Sebastien Loeb and Yvan Muller.

The former HRT F1 test driver only raced with the team on a temporary basis last year, but certainly made an impression when he did, taking a podium in his home race and then becoming the first Chinese driver to win an FIA world championship race at Moscow Raceway.

“I’m really happy to be carrying on with Citroën. As soon as I arrived in the team, I felt like part of a family,” the 27 year-old said. “Competing in every round of the championship marks a new stage in my career. I know that Citroën are counting on me, and I promise to give it my all.”

The WTCC teams' first test begins this Friday. Given that he’ll be with the same team and car (Citroën C-Elysée) which dominated last year, his chances of further success look good when the season starts in Argentina on March 8th.
Last edited by a moderator: Feb 11, 2015
Reactions: Bram Hengeveld

I gave up on WTCC last year, and that was after a few patient years. I'll probably watch the round at the Nordschleife this year but WTCC racing just isn't entertaining enough, sad to say.

Same for me. Used to love watching WTCC and I haven't missed a single race weekend during its early years (up to 2008-10).

Lost interest mainly because of the horrible coverage that Eurosport does on the events. One week you can watch all qualifications and races on Eurosport 1, the other weekend all action happens exclusively at Eurosport 2. Add to that that there is no fixed time for WTCC events (sometimes race 1 and 2 are parted by 15 minutes, other events have a 4 hour gap) and you lost me.

Q1 and Q2 make no sense at all and I yet need to meet the first person that understands or likes that reversed starting grid rule.

Why not just make both races a tad longer and do a full reversed grid for race 2 instead and have a normal qualification where the fastest driver gets to sit on pole.