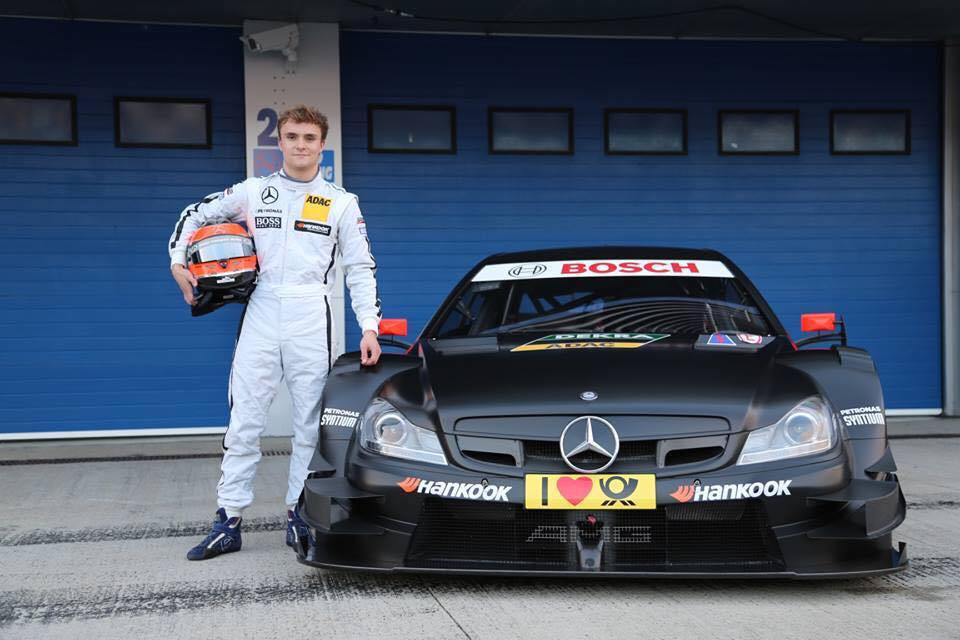 Auer was seemingly initially looking to move into the Renault World Series with Arden, however that deal failed to come to fruition, and now Auer can look forward to being a professional racing driver with Mercedes in the DTM this year.

Auer commented on his latest deal today "Joining the DTM is an important step in my career,” said Auer. “I’m very proud to be part of the Mercedes family. Testing towards the end of last year in Jerez de la Frontera was a fantastic experience. I can’t wait to get back in the car and continue preparations for my DTM debut. I realise that it won’t be an easy task as the DTM is a top-class racing series with formidable opponents, but I’m willing to learn and ready to embark on this adventure. I intend to grab this chance at Mercedes Benz with both hands."

Also commenting on this deal was Mercedes motorsport boss Toto Wolff, who stated "Lucas Auer has earned this opportunity with his performance in recent years,Our involvement in Formula 3 has enabled many drivers in the past to show that they are ready for the DTM, including Christian Vietoris and Pascal Wehrlein."

Auer will be looking to impress in his debut season, although that will be a tall order thanks to his inexperience in the high powered DTM racers, alongside the supremely high quality field. It seems he may be joined in the series this year by some of his FIA European F3 rivals as Esteban Ocon and Tom Blomqvist are seemingly looking at joining the series this year also.

What are your thoughts on this deal for Auer and Mercedes? Please feel free to comment below.
Click to expand...
J
Written by

Clearly he didn't get enough downforce in GT3

Any idea who will loose his seat then?
Great deal for Lucas! Hope he will do well.

They've just announced the full lineup today:
Vitaly Petrov is out, and the rumor that Esteban Ocon would be going to the DTM for reasons unfathomable has now been squashed.

R.J. O'Connell said:
Vitaly Petrov is out, and the rumor that Esteban Ocon would be going to the DTM for reasons unfathomable has now been squashed.
Click to expand...

Since DTM gives no F1 superlicense points, that's the right step for Ocon I think
You must log in or register to reply here.