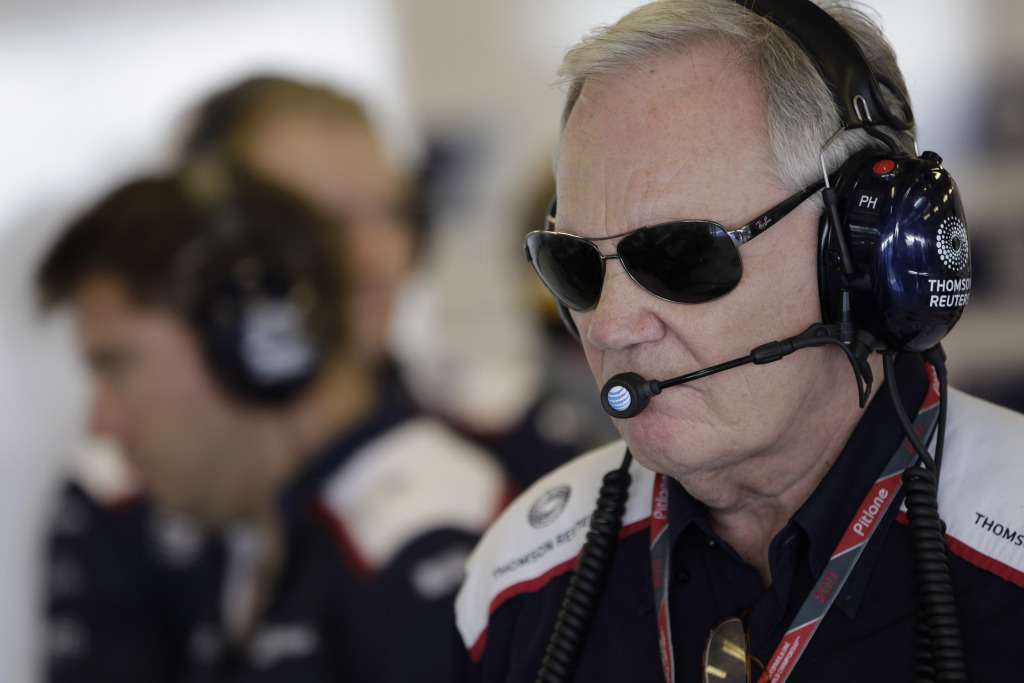 Patrick Head, one of the key figures of the Williams team during the golden years of the British team in the 1980’s and 90’s has returned to the squad in a consultancy role.

Drafted into the ailing outfit in a bid to understand how the once great squad have fallen so far down the Grand Prix field, Head has already commenced his duties with the outfit as the rebuilding begins back at Grove.

It is understood that Head will not be returning to the outfit in a full time capacity, having stepped away from Formula One at the end of 2011, but will rather be acting in a support and consultancy role for the short term as Williams look to steady the ship following Paddy Lowe departing the squad.

Confirmed by Williams to the official Formula One website, the currently last place squad confirmed “We can confirm that Sir Patrick Head is currently offering some support to our engineering team on a short-term consultancy basis”.

Paul Jeffrey said:
offering some support to our engineering team on a short-term consultancy basis”
Click to expand...

"some" support on "short-term" consultancy ...
Sounds like a way to calm down shareholders ....not more, just com'
@++

F1 would be better with a competitive Williams team, no doubt in my mind.

The optimist in me looks at this and thinks "at least they are trying" and "how cool would it be if this helps their performance?!?"

The pessimist in me thinks this is a stunt that reeks of desperation.

Williams is probably the best team to benefit from a fairy tale-ish intervention right now. Brawn-GP style. Though Brawn GP have millions of dollar worth of development behind them before Honda left them, and that surely carried onto the championship without credit to Honda. I doubt Williams is in the same status right now. They will have to double the fairy tale effort to get out of the hole they are currently in.
H

Interesting headline but the "some support on a short-term consultancy basis" is a pretty sad read. No question about the man's expertise but that's not much use without a meaningful role in the team. Williams are in shambles and a PR stunt like this just makes it look like they have no idea how they plan to fix things.

A conspiracy-minded, paranoid individual might ask if Paddy was a 'plant' from Mercedes.
What the heck did he do at Williams for his short time there...the car was late, outside the regulations...and is now proven to be the slowest on the grid.
They're worst off than when he got there.
How much was he paid again?
Jesus!...this is sad. Even I, feel bad for this team.
Hopefully Head can get it back to some semblance of what it was.
W

Meh. This team is doomed. They are just delaying the inevitable.

I hope he still has a few magic beans...
N

So so sad to see my favourite team of my childhood and teenage years
in such a ridiculous condition. Many of my heroes drove for them, Damon Hill,
Jacques Villeneuve, JP Montoya. But that's all long gone, all that remains are
just slowly fading memories of a glory history. The epic duels with Ferrari,
Benetton and McLaren, the blue-white paint job, Sir Frank Williams in a
wheelchair.....
And now they are the "Minardi" of the present, far off at the back of the field
and without any future it seems. And i doubt, like many others, that the
"return" of Patrick Head can turn that around again. Bye Bye

The bigger holes they have right now are:

I don't know how any team is gonna be successful with those holes in the team.

tlsmikey said:
The bigger holes they have right now are:

I don't know how any team is gonna be successful with those holes in the team.
Click to expand...

Wow! I hadn't realize that Rob was gone.

Next month: Claire Williams hires a necromancer and consults with Ayrton Senna...

it's astonishing to see where they are, comparing where they were decade ago

Patrik Marek said:
it's astonishing to see where they are, comparing where they were decade ago
Click to expand...

Yup, and you only have to go back 2-3 seasons to find much more promising signs of life than what they've shown recently. Almost hard to fathom now, but just a couple years ago, they were a threat to mix it up with the top 3 teams on the straightline speed friendly tracks (Merc push + a slippery chassis).

Very sad to see where they are now. I hope like hell they'll be back, but it's not looking likely (and even though, most likely chance of a renaissance would seem to be someone swooping in with lots of $$$ rather than a "organic" Williams comeback).

I think they're doomed, looking to a retired engineer to return and contribute constructively in formula 1 is a lot like getting a retired driver back after a few years off, just does not seem to work, they get left behind.
I would even think that the 'old school' thinking may even be more of a burden at a point when they need fresh ideas moving the current technology forward.

Also how much of Williams success was due to Newey rather than Head?
'91-97 Williams cars we apparently Newey's responsibility.

I hope for their sake they come right though, a strong grid is only a good thing.
I also think that CW is a big part of the issue, I don't think she's the right person for the job, since her appointment the team has been really going down.

Patrick Head was the man who dragged Williams out of the rear of the grid starting in 1978.
His FW06 was the pinnacle of non ground effects design, the FW07 became the car to beat in 1979, 1980 and 1981, while the FW08 carried Keke to his WDC. Nothing shabby about his Honda powered cars either, Piquet taking another WDC.
However, he won't be able to rescue the shambles that has become 'Williams'.
It should be sold to the Chinese!

wombat999 said:
Patrick Head was the man who dragged Williams out of the rear of the grid starting in 1978.
His FW06 was the pinnacle of non ground affects design, the FW07 became the car to beat in 1979, 1980 and 1981, while the FW08 carried Keke to his WDC. Nothing shabby about his Honda powered cars either, Piquet taking another WDC.
However, he won't be able to rescue the shambles that has become 'Williams'.
It should be sold to the Chinese!

My understanding is that Head is a bona fide mechanical engineering genius and might even have a touch of the Ross Brawn ability of identifying the right people and extracting thr most out of them. But, man, F1 has changed a lot. Williams might be thinking it'll be a positive influence to have him show his face around the office and paddock, but they need a lot more than that and I severely doubt Heads capacity to deliver.
M

Translation of the presse release: "Patrick Head is back to kick some asses at Williams HQ. From now on, he will roam the corridors, screaming at everybody who he thinks is loafing on the job until they are reduced to a small puddle of tears."
You must log in or register to reply here.