Legendary Developers MicroProse Are Back! 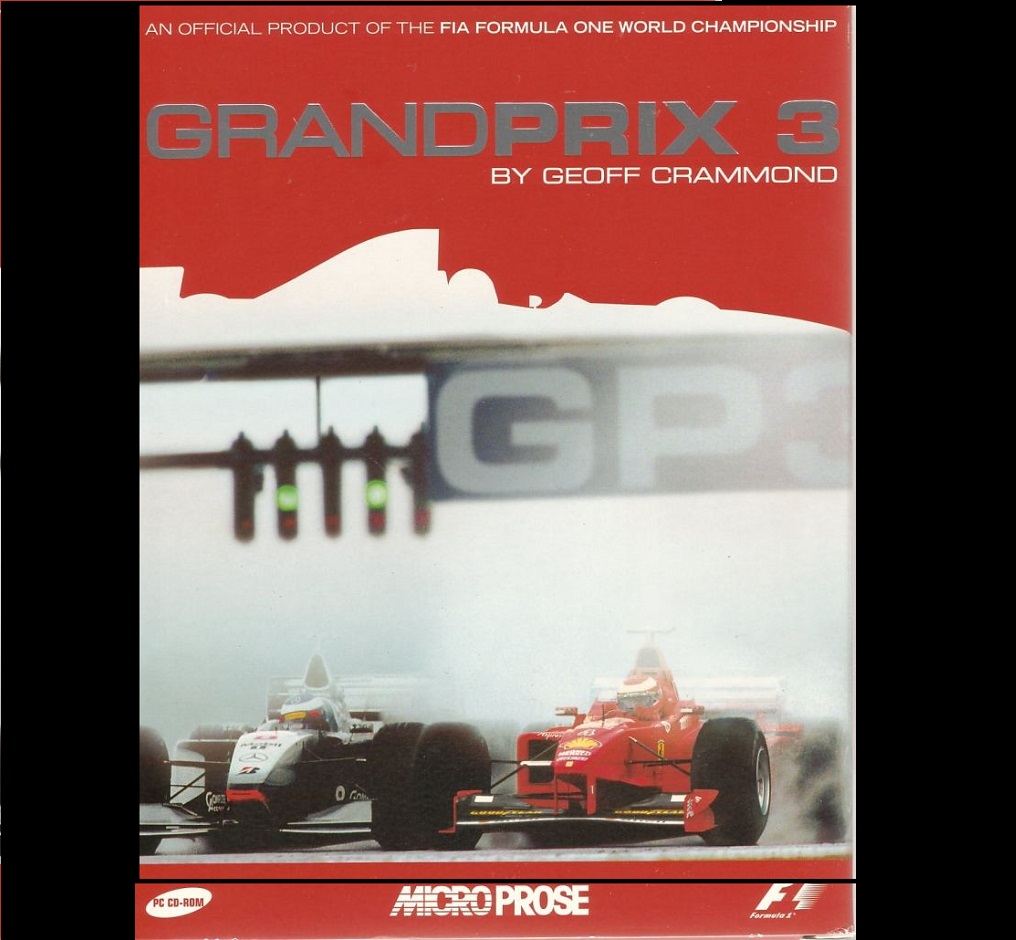 The legendary studio that brought us the mighty Grand Prix series has resurfaced, although a new entry into the sim racing marketplace might be a little while off just yet...

Anyone with any serious knowledge on the history of virtual motorsports will probably remember Geoff Crammond's MicroProse Grand Prix series of Formula One simulations - games that were very much at the cutting edge of simulated motorsports at a time when realistic racing experiences on home computers were few and far between.

Starting out life with the original F1 Grand Prix back in 1992, the series eventually developed to the point where the final instalment, released under the Grand Prix 4 title in 2002, pretty much defined what was possible in terms of simulating a real world motorsport series on a personal computer.

Unfortunately for fans of the series, MicroProse would find themselves in various business difficulties despite an enviable reputation in the simulation industry, leading to the brand disappearing from the game industry during the following year.

Since 2003, various sales of the MicroProse name and attempted revivals would never really hold any serious threat of returning to group their former glory, until in 2018 Titan IM Pty CEO David Lagettie acquired the company with support of original founding member, Bill Stealey.

Since 2018, Lagettie and Stealey have been rebuilding the studio and have already taken to the internet with various previews of some of their work-in-progress activities - currently focussed on large scale military simulations as was the traditional direction of travel for the original MicroProse organisation.

With much work already having been undertaken by the newly reformed studio to develop their military simulation IP, MicroProse have stated that the team are looking to follow the same path of the 'old' management - leading to speculation about future racing game simulations are on the horizon for the well regarded development team.

With former Grand Prix lynchpin Geoff Crammond synonymous with the Grand Prix series, wouldn't it be nice to see this legendary name return alongside his former employers, and a new sim racing entry for one of the most respected and revered racing simulation franchises we've ever known?

Now, THAT is a piece of news that sent shivers down my spine. Microprose! Those guys made my entry into simulation - Flight simulation that was, back in the 80´s, on the Commodore 64. I have no count on how many hours I have been "Microprosing" back in my youth.

I was very sad when they went belly up - and the mere possibility of having that brand back... jeez. I will support them with my cash nomatter what they throw at me.

Welcome back "Wild" Bill Stealy - will Sid Meier be back on the team as well?

I still play GP4 as much as anything else, it is an absolute masterpiece!
I would empty my wallet for a remade version with contemporary ffb and physics, they could leave everything else. I still think it´s beautiful, it looks like a TV broadcast, it has a weather system that still works brilliantly, AI that are still the best around. Nothing to me feels more like being in a Grand Prix than GP4. GP4 is to late nineties/early 2000s F1 what GPL is to 1960s F1, and NR 2003 is to Nascar.

I have all the games in the series, from GP1 to GP4. It had a game mode that no other game unfortunately didn't copy. Riding turns for more than 1 player. One race could be played with several friends 1005 distance in 1 or 2 riding turns, depending on the number of cars that were chosen. I miss this kind of mode in current games.

I remember GP1 on the day of release on my Amiga. Went to the store to pick it up, got home and started loading it up and we had a power cut for the rest of the evening.....hahahaha I was so miffed.
W

GP4 immersion was just amazing, the game that made me think "in 2012 we'd have a sim with fully funcional crew, animated repairs, great damage models and phisics and rescue guys, etc. with different cars like GTs, NASCAR and feel like in an actual race with those cars too"
But no... we went back in development, now a basic lolipop man/pit crew or UI is a huge deal and some "official games" cant even get basic rules right
N

MicroProse have stated that the team are looking to follow the same path of the 'old' management
Click to expand...

Hopefully not the way it end, meaning bankruptcy.

Grand Prix 3 was the first racing sim I've ever played, after years of nothing but Need for Speed and Test Drive. It was quite a shock at first, mostly becouse I was playing with a keyboard, but still, I found the realism very intriguing... and that's why I play simulators today.

Then I bought GP4, but my ancient PC at the time ran it at something like 10fps

That said, all I can muster reading this is a "neat" reaction, just like when Simbin UK announced GTR3. It's been many years since their last sim, technology has evolved a lot, engines are very different, and the team probably is formed by different people now, so, even if they do make a new racing sim, there's no guarantee that it will be anywhere near the same quality as the current top contenders.

Great new, but Geoff Crammond has to be there.

Am I the only one that isn't too excited by this news? I mean, MicroProse is just a name. What makes a name great is the people behind it. Unless they've somehow managed to bring back the exact same team that put the Grand Prix series together, the name means very little... and neither does the history behind it. There are too many examples of dead big names being revived, but only being a shadow of their former selves, to really get any hopes up of another ultimate GP game. Or any other type of game, for that matter.

I mean, SimBin have a fine history of racing simulation too. They got revived a few years back, even announcing their next big project and...

It's also worth pointing out that one of the things that made the GP series great is that it broke new ground, doing things nobody else had done before. That wouldn't be the case this time. Instead, they'll be competing with the other big sims that are already out there, and with more on the way. Doing something that's already established better than anyone else is much harder than setting the standard in the first place.

Hope they get the F1 license, Codemasters ****ed up enough games

Hope their comeback is as dignified as their past.

YES!!!!! Please release GP4 remake. Keep the season and everything. Amazing that htat game had a damage model that took into account engine damage due to standing in dirty air for too long... I remmember doing a race around Monza where car on straights was hardly reaching 320Km/h... No idea why, no warning signs, nothing... Only many years latter did I discover that it was because I was staying in dirty air for too long.
N

b17 flying fortress, falcon 4, stunt car racer, f-15 strike eagle i remember them well so many hours lotst.
Glad to see them back but obviously not going to expect to much.
R

Hopefully this means a successor to the Grand Prix World management game too. It may be the 1998 season in standard form, but I still play it today!

Other than GP2 the only other title I had that was a massive hit from Microprose was MechWarrior 3, the online battles in MW3 were epic. Hope this studio produces a similar quality of game as they did back in the day, especially with the game engines & software available today.

I hope ,have option GP4 remake making ,with perfect ai and legendary features.