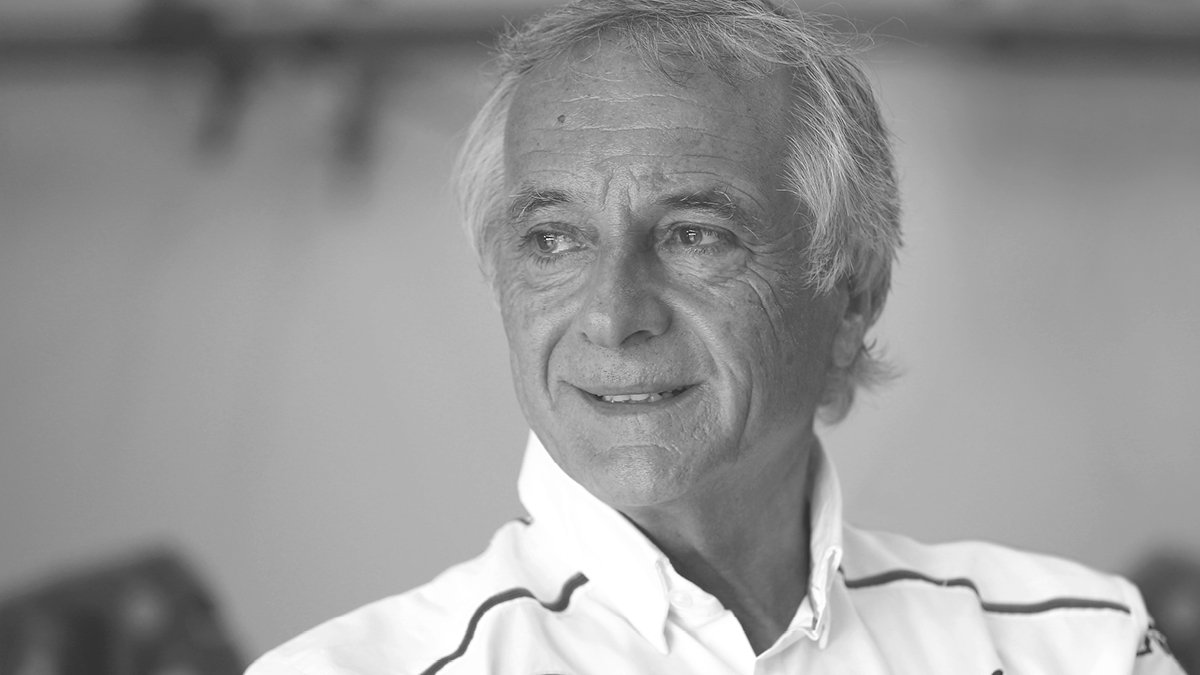 Legendary Schnitzer BMW boss Charly Lamm has suddenly died at the age of 63.

Having been at the forefront of BMW success under the Schnitzer banner for his entire career, the name of Charly Lamm will be at the top of many touring car and GT fans thoughts tonight, following the sad news of the legendary Germans passing became public knowledge earlier today.

Having retired from motorsport at the 2018 season ending Macau GT World Cup, an event Lamm and BMW would fittingly win with the Schnitzer run M6 GT3, Lamm unexpectedly passed away on Thursday at just 63 years-of-age.

The mastermind behind decades of success with BMW and Team Schnitzer, Lamm would be responsible for race and championship victories in a variety of different racing categories with BMW, taking title honours in series such as European Touring Cars, the German DTM series and even a title for "Smoking" Jo Winkelhock in the BTCC at the height of the Super Touring era - arguably the most competitive touring car series in the history of tin top motorsport.

With the end of the 1990's fast approaching, Lamm would take Schnitzer to Le Mans in 1999, winning the big 24 hour event with the stunning V12 LMR prototype - a first victory in the top category of the toughest sportscar race in the world for the long standing BMW outfit.

Having successfully taken to GT racing, Schnitzer would then achieve further success in the 2000's with American Le Mans victory in 2001, before scoring yet more race victories in the newly reformed World Touring Car Championship - often fighting it out for the title thanks to the talent of the likes of Jorg Muller and Agusto Farfus Jr. With BMW making a much anticipated return to DTM, perhaps unsurprisingly it would be Schnitzer and Lamm who took first blood for the German marque, securing the 2012 championship with their new machine.

The following years would see further successes for one of the most competitive outfits in modern motorsports, ending in the final Lamm victory at the blue ribbon Macau GT event last November - a truly fitting way to crown a career, and life, of enviable motorsports success.

Following the announcement of his passing earlier today, many tributes to one of the most well regarded motorsport personalities have been flooding in on Twitter, showing the love and respect afforded to a man synonymous with successful BMW racing cars for over five decades. 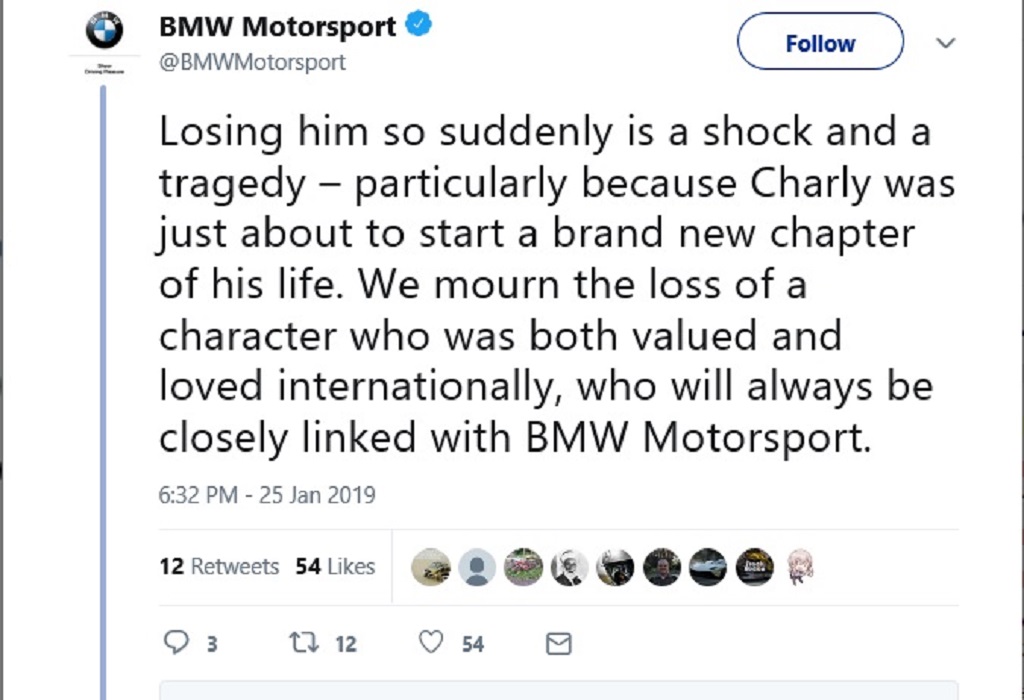 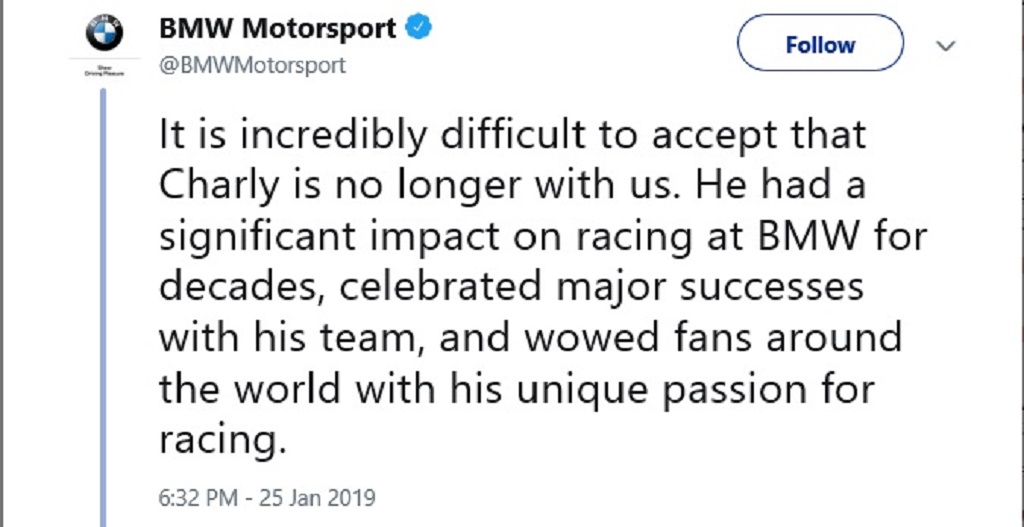 From all at RaceDepartment we offer our thoughts and best wishes to those who were close to one of motorsports great personalities. Rest in Peace Mr. Lamm, and may you engineer gods racecars as fast as you've done throughout your career.

For more motorsport news, head over to the Motorsports sub forum here at RaceDepartment!

i'm pretty gutted about his death. charly was and will always be one of the biggest names in german motorsport history.

Without the need to uppercase or space each letter, incredibly shocked sums this up knowing that he wasn't able to enjoy his retirement given what he achieved

Charly with Schnitzer BMW played a big part to drag me into motorsports.
Goodbye to a true gentleman.

Really sad news.Being an older race fan I can remember Schnitzer prepared BMW 635s racing in the European Touring Car Series in 1983.I then watched Schnitzer over the years win with the fantasticM3 in WTCC,BTCC & DTM & Le Mans with drivers like Soper,Winklehock,Berger & many other great drivers.
The team must have an unbelievable trophy room.Cannot think of a series Schnitzer competed in that they did not win races & championships.
A

I watched the ETCC in the late 70's, early 80's at Silverstone, plus the BTCC for several years around the UK.
Thanks Charly and RIP.

Victory at Daytona & Chile would be another great tribute for him..

RIP..(Damn, I didn't expect him to gone so quickly as well..)

A nice documentary about the Schnitzer team in the days of Ravaglia and Pirro:
In which Charly Lamm was saying "I cannot imagine myself normally to do this when I'm 55. On the other hand I don't think of what I'm doing when I'm old because really I enjoy what I'm doing at the moment very very much. And I think what I get from life is worth it".
You must log in or register to reply here.