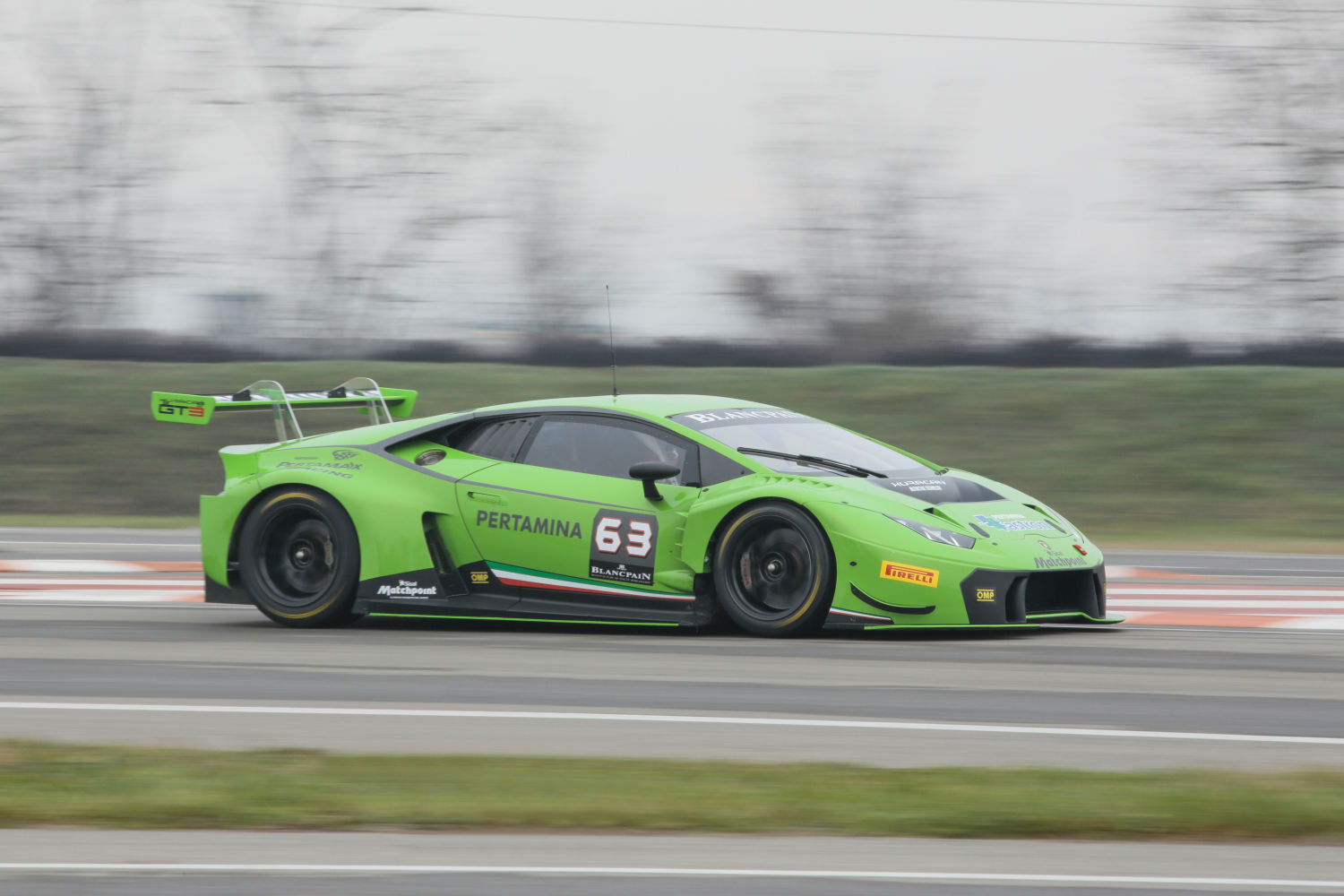 Automobili Lamborghini has revealed the new Lamborghini Huracán GT3 at its headquarters in Sant'Agata Bolognese this week.

“The first GT3 car from Lamborghini will allow talented young drivers the opportunity to contest a Lamborghini in competitions such as the challenging 2015 Blancpain Endurance Series. This season will be an important one for us to gather experience from a category as demanding as GT3, but at the same time we are offering a competitive product to our customers. It will be a busy year, as the Huracán LP 620-2 Super Trofeo will also debut in our Lamborghini Blancpain Super Trofeo series in Europe, USA and Asia,” says Head of Motorsport, Giorgio Sanna.

The Huracán GT3 uses the same direct injection V10 used in the road car, with the addition of a Bosch Motorsport control unit. It does, of course, comply with all FIA GT3 regulations and even features, "an innovative roof hatch which enables quick assistance, in case of need, by medical personnel through the roof of the car."

In Europe the Huracán GT3 will be priced at 369,000 Euro (before taxes), a price which at least one team, the Austrian team of Grasser Racing Team will line up with two new Huracán GT3's in this year's Blancpain Endurance Series.

The Huracán GT3 will be Lamborghini's first GT3 car for the Blancpain Endurance Series, so just how good it really will perform is still unknown. The video released does indeed make it look quite good, though it is shown in rather slick conditions, but I must say, the soundtrack alone will be something to be excited about.

Click here for the video to see the car in action

Another car for Assetto Corsa

Its already been officially announced for Assetto Corsa

It might just be the sexiest looking automobile ever made.

Although "Huracán GT3 will be Lamborghini's first GT3 car for the Blancpain Endurance Series"
Pretty certain the Gallardo GT3 has run in the Blancpain series for a few seasons now.

Although "Huracán GT3 will be Lamborghini's first GT3 car for the Blancpain Endurance Series"
Pretty certain the Gallardo GT3 has run in the Blancpain series for a few seasons now.
Click to expand...

Not 100% sure but up until now all the GT spec Lamborghini's have been made by Reiter Engineering in Germany (the Murcialago GT1 and Gallardo GT3), so this will be the first 100% Lamborghini GT3 car.

Looks great, driving experience in one of those please Silverstone? haha

Loved the noise the V12 GT1 spec car made, not to mention the flames....

Simply stunning.
You must log in or register to reply here.