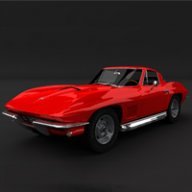 Thanks. Is there a way to change the difficulty level?

Yes, there is.. It uses exactly the same difficulty bands as any of the other races.

I see, where is it done? Thanks.

I would honestly suggest you learn how the game works before you try messing with mods.. If you cannot even find the difficulty setting (which is standard to all races) you are gonna struggle with other stuff later..
Reactions: Bernd Graf

I saw it already. Thanks for the exaggeration. I'm sure you don't know all details of the app too.

no i dont know all of it, i know quite a lot of the basics and a little of the advanced stuff like the dev apps that are built into the game, but hidden away. And i certainly noticed that you have to choose a difficulty before it will even let you select the SE race you want.
But if as you say, you saw it already, why didnt you put 2 and 2 together and come up with the right answer. how could you see those four words " easy, medium, hard, alien" and not realise that mean the difficulty?

Good, but still not all of it, so don't sound like you know everything. I think this might be the cause, but not sure... we were trying it on a friends 0.43 version and in his screen at least, Difficulty level is shown only under Summary (not even when you hover over an Event picture), after selecting the particular Special Event. And you can go directly to Start w/o going to Summary, which means one can Start the event w/o even seeing the Difficulty. Haven't updated yet due to lack of time so not sure if it's different in 0.53. There's even no mention if your event requires 0.53. So don't presume and judge, and be myopic.

And to answer your question, yes I saw it, but obviously only after I'd posted my question. So your 2 and 2 is the wrong equation.

how can i sound like i know everything. when ive just openly said "NO, i dont know everything" jesus are you REALLY that dumb...
i dont really care if you was using it on an older version of the game, thats just your fault for not taking advantage of the free updates. not my problem.. And yes making an event for an outdated version of the game makes PERFECT sense doesnt it.. what with the game just releasing a bunch of new special event races against AI opponents because they ONLY JUST added the AI to the game, yes that makes 100% sense that id make an AI race for a version where AI wasnt programmed.. i take it you didnt know about that small fact.. i did.

I guess ultimately i dont give a damn about you or your probleb. You clearly dont know anything about the game and yet you are trying to mess with mods, so go mess with them, but dont bother me about it.. Either play the race id uploaded, shut up and leave me along, OR dont play the race i uploaded, shut up and leave me alone.
Either way get the f*ck away from me dude, im not interested..

Have a nice day..

Where'd you learn to speak/spell in English? Shows who's dumb.

sherpa25 said:
Where'd you learn to speak/spell in English? Shows who's dumb.
Click to expand...

Where did i learn English??.. not England. its NOT my first language + the added bonus of mild dyslexia. so forgive me if its not as perfect as yours. but you know some of us make up for not being awesome in other countries languages by being good at things like spotting A F%CKING DIFFICULTY SETTING.
Also my English may not be perfect, but it was good enough to manage to create a new Special event.. where is your awesome mod, where are your great new car skins, where is your information explaining how to activate the dev tools in the game so you can tinker with settings live as the game plays.. OHHHH thats right, you havent done that stuff have you, you just turn up leech stuff other people have made and then ask dumb questions about it later
And thank you for confirming how childish you really are. "this guy outsmarted me, with basic reasoning and logic, so i will resort to basic insults like making fun of his language skills, HAH that will show him"

Yeah nice one. when you finish pre school and you want to come back and play with the big boys, by all means do, but until you actually grow some real man pubes and learn to grow the f%ck up and act like someone who doesnt have a mental age smaller than his shoe size, then like i said in my previous post. get the f%ck away from me, im not interested. You pathetic little child.

Greetings from NOT England..

Whoa, whoa, easy dude, don't jeopardize your health.
Nonetheless, sorry and we got off with a lot of misunderstanding w/c lead to different views. Just didn't intend to, nor expect you'd be irritated with a basic question, as it was valid from our point of view. Just the same, cheers and thanks again for the mod.
You must log in or register to reply here.
Share:
Facebook Twitter Reddit Pinterest Tumblr WhatsApp telegram Email Link
13 comments
WRC 9 | Back To Japan Gameplay Video
40 comments
Assetto Corsa Competizione | Update 1.5.4 Now Available
7 comments
iRacing | Season 3 Patch 5 Now Available
34 comments
Assetto Corsa | Ferrari 488 Challenge EVO Talk 'n' Drive
133 comments
Project CARS 3 | 'What Drives You' Trailer Released