Ok I started to work on a rallycross track inspired by Iltavilli´s great ideas for his Ouluzone. This track has the shape , lenght and the look from Tolosenmäki rallycros track located in Kitee, Finland. Elevations I have made "by eye" what I have seen from onboard cams as I don´t have any real elevation info from there so it is not accurate presentation of that track. Let´s call it a "look a like" track.. I also doesn´t have any pictures of the buildings around the track so I will have to make the buildings not real ones unless someone lives there near that track and want post me decent pics... Or maybe someday I travel there and take a camera with me. have no idea when it´s going to be ready , but I attend to export both RBR and Rfactor too..

Heh, I had also Tolosenmäki started, but it seems you are much further than I'm , so I just scrap the project Good luck with the track, looks already great! Shame about the quality of the Tolosenmäki promo video. Just wondering whose idea was to take the video of the track at sunset In some parts you cannot see a thing.
G 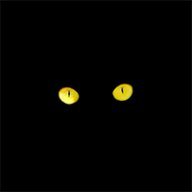 Looks great and i see dust, how do you get dust or is it mirage:desire:? 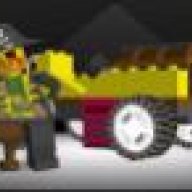 interesting, dust and blending together in RBR??? is it RX export or original format?
Z

It is rx export.
if you mean dust generating from the gravel surface that´s been possible always with rx plugin. You just have to have a right physics for gravel surface and then you need to change the "PS_MontBlanc" effect info from maps folder to example some of the british similar ones.. somebody who knows can explain better. This is becouse the plugin by default takes the dust genarating info from that file and in game france stages don´t have gravel surfaces.

Ok, thanks, I already had this suspect after writing the question.

So here´s the first video of the track...

I just want to say this project is still going eventhought you haven´t heard anything from it lately. I´v been busy with other stuff. here some progress pictures.

Has three laps, at third lap you can drive the extra lap route. ( timing works even you don´t take, could´t get that working )

its still very much work in progress but I want to share this becouse I have no clue when and if I am going to finish the track. Hopefully the track gives you nice moments. I am working with Savo stage now with a team so I want to focus on that. If you have any ideas for this track anyway I like to hear and feedback also.
Mainly missing now:
Smooth changes of textures, some specialised objects.. Rfactor version.
Z

Finally got a chance to try this, and yes, it was enjoyable. It really was. Drove it three times. The first time I kept searching the extra route and found it eventually. A bit hidden with no apparent sign anywhere. For a minute I thought I was lost like James May. Pacenotes would have been handy for the beginning but don't know whether it would then be rallycross anymore... Although it did have one pacenote, on the third lap, but I must say it did feel a bit out of place, while it perhaps was there to indicate the extra route, I guess.

On the second and third try, after crossing the finish line it told me I'd taken the "wrong way", but having already done my time, it didn't really bother too much. But it was interesting since it didn't appear after the first try.

FPS was either good or brilliant, hard to say exactly. So well done.
Z

Thank you for the feedback! Yes the pacenote was there to indicate the "joker lap" ( now I now how is called in english correctly ) . It comes a bit too early anyway. But the joker lap is not nesessary to take anyway. and the end after the finnish line you should turn to right where there is a route to service area, there is the end but offcourse it is impossible to know as there is no sign or nothing to tell this. I just placed the end there becouse otherwise I got proplems game ending the period too early. Again I have learned a lot new about trackbuilding with this project and is still only a beta version and was something to try out but hopefully someday I finish the track and add the missing stuff there. I allready have a next rallycross track in my mind also I want to build.
You must log in or register to reply here.
Share:
Facebook Twitter Reddit Pinterest Tumblr WhatsApp telegram Email Link
0 comments
rFactor 2 | 2020 Bentley Continental GT3 Arrives Wednesday
17 comments
iRacing | Season 4 Patch 1 Released
3 comments
Barcelona Calls | Ferrari Hublot Esport Race This Evening (+ How To Watch)
59 comments
DTM | GT3 Regulation Shift For Post 2020 Season