I was beginning to wonder if KartKraft development had stopped behind the scenes, but fear not, as just today a new update for the simulation dropped on Steam. Adding new content and a first pass at the in development multiplayer ranking system, it looks like the wait has been worth it for fans of the simulation..

Multiplayer beta
After months of work behind the scenes, version 1 of our scheduled racing system is here and will be rolled out to players over the coming weeks. While our initial intention was to release a dedicated server and provide an in-game browser for community host races, we made the decision to invest in building a scheduled racing system to provide a competitive, fair, and low-latency racing environment. With advanced skill-based matchmaking, league and hosted session support in development, KartKraft is quickly becoming the premiere online karting experience.
During the soft launch phase, we'll be stress-testing the servers, listening to feedback, and gradually increasing the number of participating players before opening the beta to everyone. Initial events will be restricted to Timed Practice with collision disabled. To be considered for the soft-launch, please register using your real name via the in-game form and confirm your email address.

PFI Classic
This update also sees the introduction of the classic PF International layout from the 90s. With an incredibly fast sweeping hairpin that is turn 1, this is the circuit that drivers like Lewis Hamilton, Jenson Button, Anthony Davidson and Paul Di Resta honed their craft on the way to Formula 1.
Added manufacturer driving suits

Trackside Cameras
We've completely overhauled the trackside camera system in preparation for multiplayer. Much like a human camera operator, our cameras now attempt to predict the trajectory of their tracked vehicle and anticipate their target's position within the frame. The end result is a much more natural, broadcast quality viewing experience with high quality, cinematic, physically-based depth of field.

Leaderboards
In preparation for multiplayer, we've reduced the vehicle snapshot size by 72% to minimise packet size. This has had a flow-on effect with leaderboard upload times significantly reduced. As a result, all leaderboard times have been reset to accommodate the new snapshot format.

Manufacturer Suits
All manufacturer suits from Arrow, CRG, Deadly, Formula-K, Monaco, OK1, Praga and Sodikart have now been added to the store. They can be equipped by going to Pits->Driver->Suits

KartKraft is available for PC now.

Want to get the most from your simulation? Post a thread and share hints and tips at the RaceDepartment KartKraft sub forum. 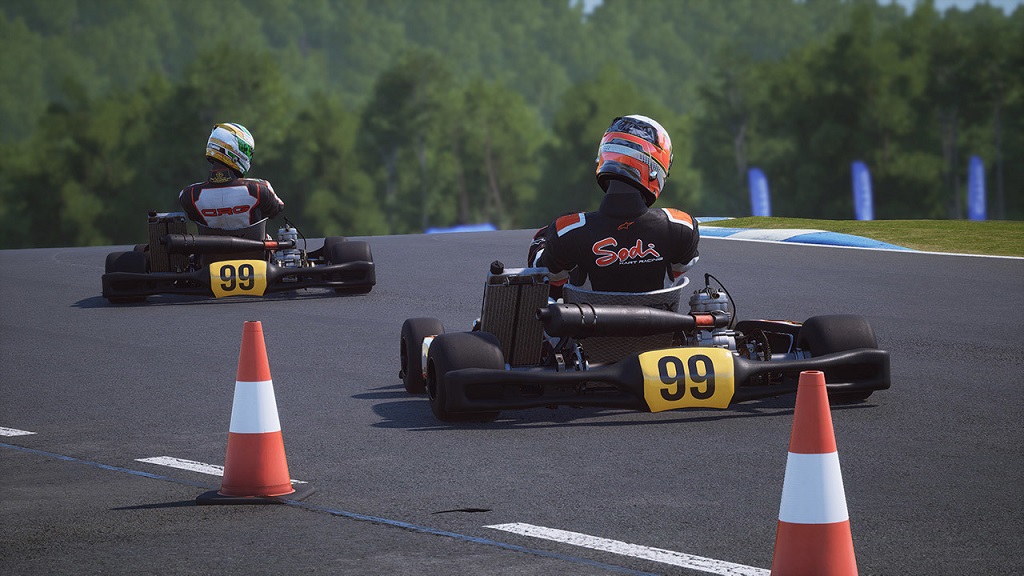 Paul Jeffrey
RaceDepartment Editor-in-Chief, occasional YouTuber, commentator and broadcaster, with a passion for motorsport on both the real and virtual racetrack.
Reactions: melanieuk, asehauDLM, Makis Stam and 11 others 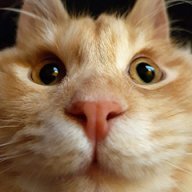 Weirdly I tried it for the first time in a loooong time just before it got the update lol.
Unfortunately is was visually a bad experience, far too bright in VR, with no way to adjust. VR menu just came up blank.

I hope this has been resolved.
Reactions: Kranky Pantz

Raging Beard said:
Weirdly I tried it for the first time in a loooong time just before it got the update lol.
Unfortunately is was visually a bad experience, far too bright in VR, with no way to adjust. VR menu just came up blank.

I hope this has been resolved.
Click to expand...

I was sooo excited for this game I purchased it early last year,
Can’t remember the last time I felt so much disappointment with a game well apart from AMS2,

anyways the brake appeared to be an inverted throttle the throttle was some funky brake UI was a mess couldn’t make it work with my triple screens just impossible to drive so refunded it,
Such a pity what I did see the graphics was lovely and the audio just a overhaul bad experience.
Reactions: ohyeah2389 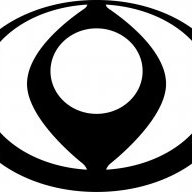 The last time I played this it actually felt fairly good. It took a lot of tweaking with ffb to get it feeling alright. I will have to try it out again. I have to echo what others have said here though, graphically in VR it is too bright and has some odd issues occasionally. One in particular is the game loading with everything looking extremely overexposed, a reboot will usually fix it. I would love to know what is going on when that happens. Also sadly the last time I tried it running a full field of AI was practically impossible and although I have a fairly older PC it is no slouch.
Reactions: Kranky Pantz

I'm downloading it now. Never tried it before but have been enjoying other kart sims of late.

Will be interested in seeing if it's as good as I hope.

Will let you know. And be back no doubt with a few questions 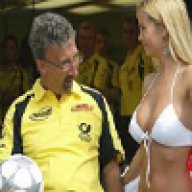 This sim did and does still have some big potential.. The slow and tinny updates are not helping though..
Reactions: melanieuk, uelas_77 and Wieloimienny

Have they somehow borked the VR now????

It's been a couple of months since I'd last played it, but it seemed to perform well enough with my GTX 1080 back then.
Last week I've upgraded to a 2080Ti (which is performing perfectly in other titles) and now the VR in KK is absolutely unplayable.

Considering that the other titles in my sim racing library are performing as expected with the upgraded GPU, I can't help but think that one of the recent updates has affected it in a negative way.

Today I happened to chat with a fellow sim racer who plays KK, and they're experiencing the same thing in VR...feels like about 20fps or so.
Mind you, this was before today's patch, but I don't see any mention of VR improvement in the notes. 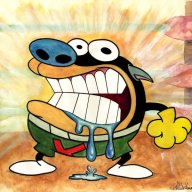 CC said:
I was sooo excited for this game I purchased it early last year,
Can’t remember the last time I felt so much disappointment with a game well apart from AMS2,

anyways the brake appeared to be an inverted throttle the throttle was some funky brake UI was a mess couldn’t make it work with my triple screens just impossible to drive so refunded it,
Such a pity what I did see the graphics was lovely and the audio just a overhaul bad experience.
Click to expand...

Ams2? Haven't tried it yet but what's the deal?
B

I loved it from the get go. Well since it was released to vr. physics felt realistic to me(mind the curb and collision physics, which already got patched since then). I love the graphics. Game plays at 90fps on my hardware, i5 9600 gtx 1070.
I had been waiting(still am) for multiplayer races for a long time. Gui is worth an honorable mention on vr! 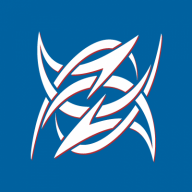 It's nice to see an update, it was quiet for so many months that it felt pretty dead, good to know it's not the case!

I'm really looking forward to multiplayer as well. It is a very promising start so far but the game is far from being finished. The leaderboards are incredibly addictive, much more than I thought; but other games mode are needed. I didn't fired it up in months, that's a shame. But we have so many sims to play with, any weakness will put a game behind the others... I hope it will change and that I will play it more, I already had lots of fun with this game.
Reactions: CarlosB
P

Downloaded fine, then got the update. Took longer to unpack that than anything else.

Didn't run particularly well 1st time as seems to be no way to run a bench test or hardware/fps checks.
So did initially seem to fire up with most settings very high. This made my old dinosaur of a PC run pretty slow. About 28-34 FPS... it did though get my monitor refresh and resolution correct. But if I remember it went straight into a sort of buy a kart, get suited up routine 1st ?

Initial set up screens and intro seemed fine. All fantastic till I tried a practice session.
So a quick run through the menus and lowering a few of the usual suspects had it running better.

It won't run well enough for me yet but I'm not in the bit bothered as I downloaded it first to my desk PC to just take a look. I'm in the process of updating another PC which I use for GT Legends , GPL , P&G, Rfactor etc etc .. that should run it fine. Also building a fairly high spec machine for AC , ACC & AMS 1/2 etc.

First impressions are very very good. Could see it will be high end graphically. Sounds was good and FFB felt really good. Need to peruse the options a little more to see how much it can be tweaked, but bloody well impressed so far.

It looks a real blast on some YouTube videos I watched.

I agree, nice to get an update for the game. I havent tried the game for a while only because of so few tracks to drive on. I used to race real gokarts many years ago, so testing this gokart game is a great change of paste from the other Racing games. Need to look on their discord group and steam to see if the game is officially released, I havent been following it for quite a while. Anyway; thanks for the info Paul.

I might try it again I refunded it once though lol, since last time I got some sprint pedals but the triple screen issues was awful I’m still not convinced it will be correct

One of the games that you buy to support the developer hoping it will keep improving. 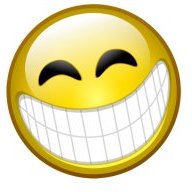 Nice to see them updating it but I am getting fatal error...

Honestly dont know why I even wasted my time buying it and installing it again,
documents there is 0 config files, ingame the UI is still busted took me ten minutes to get it to this, 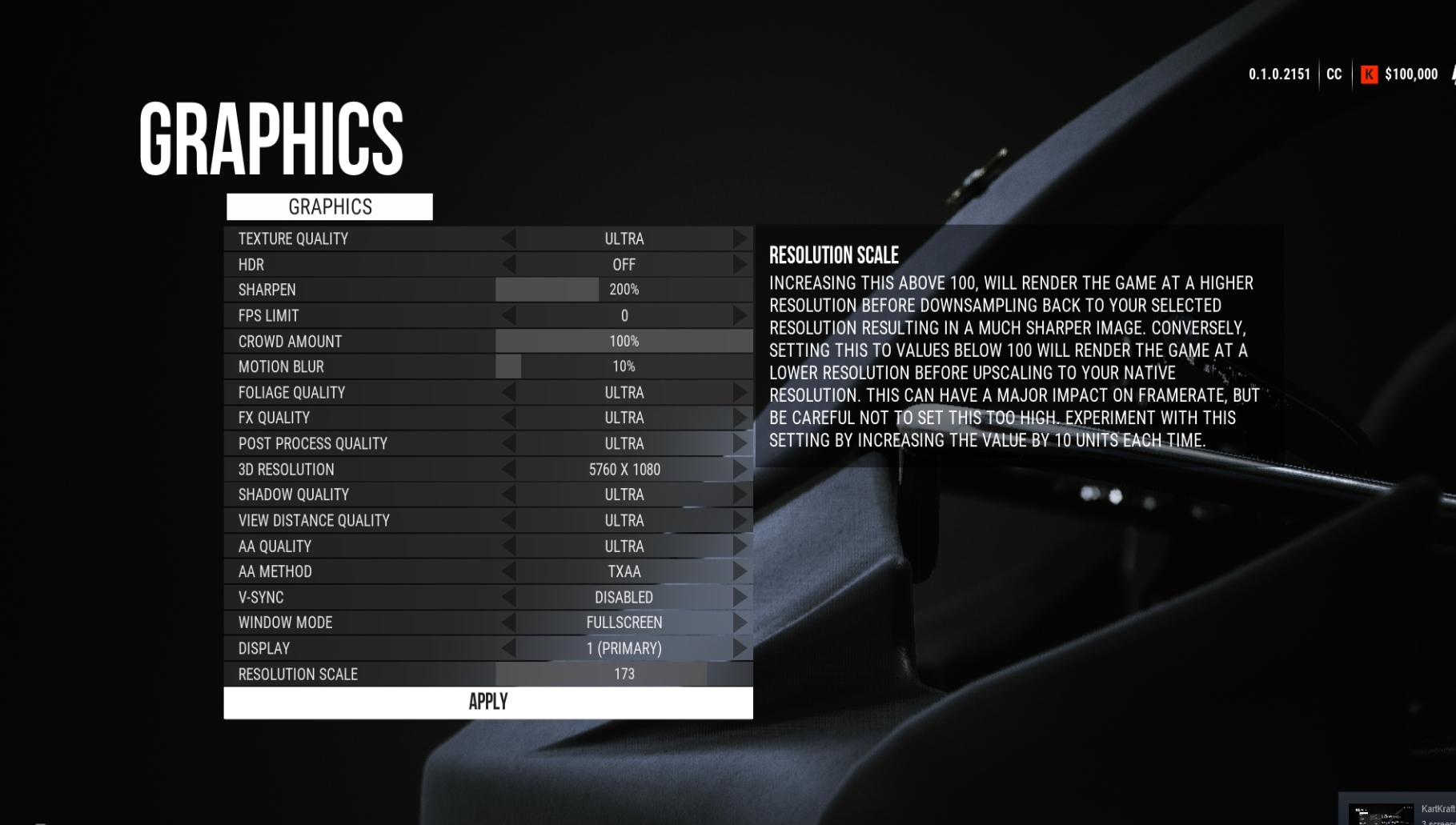 Can not change anything at all, even if you change the CROWD AMOUNT lower still wont Apply,
the games files have 0 configs, I go ingame its looking to the side of the car, no controller settings work,
wasted my times again with nonsense,
who on earth believed adding mouse support by default in the UI wants shaking,
anyways ill refund it again not paying for bad work.
You must log in or register to reply here.
Share:
Facebook Twitter Reddit Pinterest Tumblr WhatsApp telegram Email Link
7 comments
Win Big! The Prosimu T1000 Could Be Yours!
19 comments
WEC | Glickenhaus Confirms Two Car Works Entry For 2021
1 comments
Please Read: Find your daily ACC Racing Club races now on Simracing.GP
5 comments
GT Sport | Build 1.60 Is Here With A Few Minor Fixes
33 comments
F1 2020 | The Cars Of Michael Schumacher