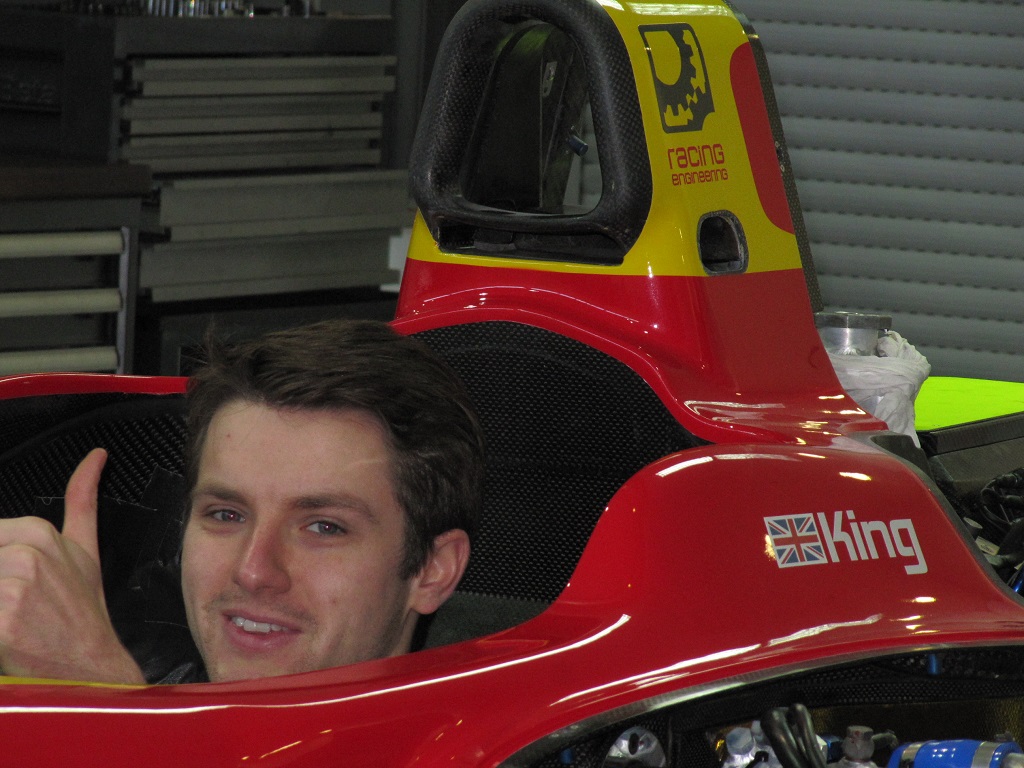 After an impressive last two years in the FIA European F3 Championship, Young British racer Jordan King has announced he will join the Racing Engineering team for a debut campaign in the GP2 series.

King was the best rookie in FIA European F3 and British F3 Champion in 2013, before improving to 7th in the FIA European series last year. From there King tested with MP Motorsport and Arden, impressing the paddock in the Abu Dhabi post season test by ending all three days within the top six. From here he began to seriously talk with teams for the 2015 season, and today announced his deal with the Racing Engineering team.

King gave his thoughts on his latest announcement "We talked to a few different teams, and it was a tough decision to make,There were a lot of factors to take into consideration and I did a lot of research and thinking before reaching a conclusion. As a rookie entering a new championship, it’s very important to go with an established and experienced team – and Racing Engineering ticks all the boxes. They have a tremendous amount of knowledge and expertise and all the necessary resources at their disposal, and they understand how to get the best out of young drivers – which is just what I need at such a crucial stage of my career."

He also added "They clearly have exceptional credentials and a winning pedigree. It’s an ultra-professional team whose sole focus is on GP2, whereas a lot of other teams compete in several different championships – and in my view, this single-minded approach can only be beneficial.
GP2 definitely feels like the natural next step in my career. I came out of the test in Abu Dhabi with my head held high; the car really seemed to suit me and I clicked with it pretty much straight away."

Racing Engineering team principal Alfonso de Orleans Borbon also gave his thoughts on the deal "
We are delighted that Jordan will be joining us in 2015. We have been following his career path for some time now, and what really convinced us was his professional approach to racing, both on and off the track. I have rarely seen a driver so determined and hard-working to make his dream to get to F1 come true."

This year's GP2 grid is shaping up to be one of the best in recent seasons, with a tremendous amount of young talent lining up on the grid. In this environment Jordan King will find it tough to compete for podiums and wins in his rookie campaign, although it would not be shocking to see him do well in the series as he looks to reach F1 within the next few years.
You must log in or register to reply here.
Share:
Facebook Twitter Reddit Pinterest Tumblr WhatsApp telegram Email Link
1 comments
WRC 9 | Update Deployed, Finland Stages Released
11 comments
An Englishman, A South African And Some Race Cars... Wild Times In Virtual Racing
46 comments
Community Question | Light or Dark?
2 comments
Ferrari Hublot Esport | Championship Finals Day
27 comments
Formula One Portuguese Grand Prix | Driver of the Day: Vote Now