Its Time to say Merry Xmas

Its been a great year for R Factor 2 on Race Department.
We've had a great diversity of Club Racing and some fantastic League Racing.
IMO its been a year when our passion and belief in RF2 was rewarded.
OK it hasn't been plain sailing.
Its taken a lot of work and dedication from the guys behind the scenes.
For every question that's needed an answer
For every broken update that needed to be reversed
For every plugin that became unhinged
Every broken heart that needed soothing

A small but dedicated team did the work.
Gijs Van Eldren: The Club Racing Guru. Always surprises us a with a new take on what might work and make the racing more fun. In a way Mr Innovation. He's taken us where we wouldn't have gone alone. He also stepped in and did all the technical work to run the FR 3.5 League when we just said hey lets run a season like this. Been a pleasure Gijs.
Dennis Coufal, Daiman Patel and Frank van Overen: The main men who built and made the VSC2 work. A big task.
Ricardo Edelmans, who helped make us all global household names with his brilliant streams.

Some of us may not notice how much it takes to build a mod, maybe give gears to a Go Kart just because they think it might be fun for us all.

Finally thanks to to all the racers at RD on RF2:
We have some of the fastest guys in sim racing here. They turn up, race fast and fair and are always willing to help those who want it.
The Mid pack guys who race hard every week
The New guys who will be nipping at everyone's heels as they get speed.
Overall its a great place to race. 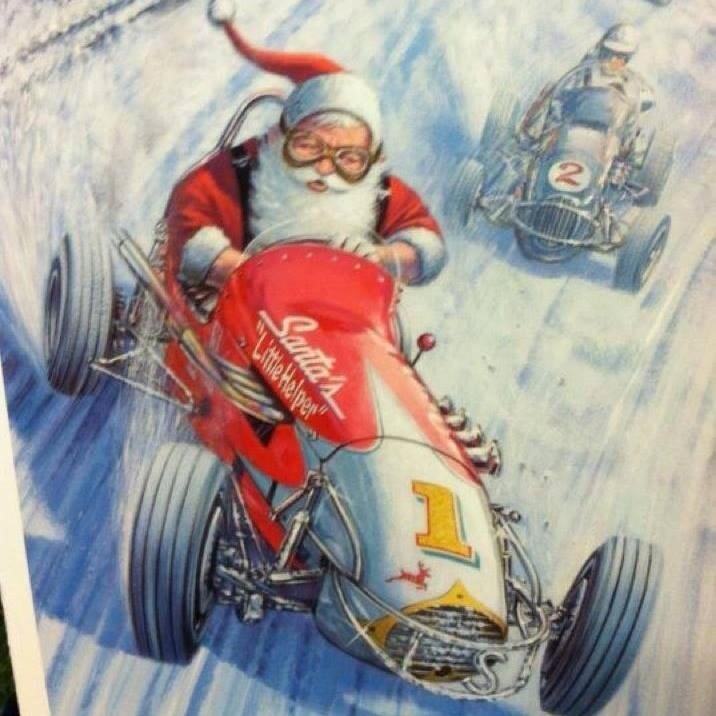 Merry Christmas everyone, may the New Year bring us Health, Happiness and loads of SPEED!!!

Special thanx to all staff members who spend a lot of their free time for our enjoyment! Thank you guys, we love you!
Last edited: Dec 16, 2014

Who needs a car stereo?

This guy must have "throttle control".

Yes, Merry Christmas to all the Staff & Drivers, haven't entered alot of RF2 races, but the ones I have, enjoyed greatly

Ron Squire said:
Nadolig Llawen to all
Click to expand...

And a blwyddyn dda i chi hefyd'

Merry Christmas to all the staff and drivers.