Is the GT Legends lobby / server down? 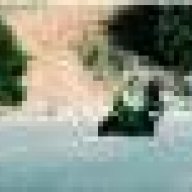 during the last two days i try to connect online to the gtl server and it says that it cannot connect. a friend who lives in my country couldn't connect to the server either. is it only a local problem or do you have the same problem too?

I have just tried it and can't connect either Bah let's hope they haven't killed it.

Ill try to get in touch with Simbin and see what's up with it.
B

My god, that would destroy the best league on RD ever!!!!!

I sent a mail last night, but response isn't always lightning fast from the 'Bin

Don't count on it to be up tonight Stu! From what i've heard they are looking into the matter. Good news: it's not killed so there is no league in jeopardy. The :drool:ing can continue!:kissing:
Actually it's thanks to SimBin we are still allowed to play GTL online, since it was 10tacle (bankrupt) that was officially responsible for the hosting of the lobby server, and they kindly took over the hosting plan.

Well, it's good news that it's not a stealth kill That would have been some awfully toxic news.

If they're looking into it, that's great - I'm going to err on the side of RD safety and not publish the ip of the server.

I'm going to scrub tonight's event (unless it miraculously comes up in the next couple of hours) and we'll see how we look for Thursday's event.

Yeah I was aware that SimBin took over the 10tacle server (I was extremely polite in my mail too knowing that :wink2: )

Not yet up, tried booting the event server for tonight without success

No GT Legends server why?

benv12 said:
No GT Legends server why?
Click to expand...

benv12 said:
NO GT LEGENDS SERVER WHY?
Click to expand...

all ready answered I see.

The GT Legends lobby system is down as most of you will know. The reason is that a formerly 10Tacle owned domain name integral to the service was discontinued the other day after obviously not being paid by the now defunct 10Tacle company..

SimBin are now in the process of buying the domain name to get the lobby up and running again. If things go smooth it should be back in a matter of a few days... but if the URL can for some reason not be purchased then a patch has to be made instead in order to keep GTL alive, and that will take more time. SimBin are commited to seeing this situation through and make GTL available online again, but there are no official timelines on the matter.
Click to expand...

thank you bram for this news. does this mean we are not going to have races in rd for the next days?
in my opinion it's possible to run the races in the direct ip mod. i saw that no grip are runing their races as usuall and published the ip of their server in there forum.

Amir, it's possible, but I question whether or not it's advisable.

I'm not going to say we will do that, I'm not financially or legally responsible for the servers, their upkeep and ongoing security.

If Bram & Ramon say it's OK to do that, it's a different story, but just because we can do something, it doesn't necessarily follow we should do something.

In the greater scheme of things, a few days without GTL isn't going to hurt anybody (although I'm hugely frustrated at the interruption too ).

I am however, making some great headway with the GTC76 skins for the next League, so every cloud has a silver lining.
J

Atleast Simbin are working to get it back like some companys wont even try.

Some time ago they Did same thing for GTR2 Lobby they got it off of 10Tacle and put it back Online.

That was all the same package JJ. GTL and GTR2 went offline at the same time. But that first downtime was a hit for the GT legends community so is this second hit. Hopefully it will be fixed on the fly.