Info on the championship 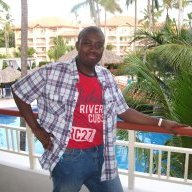 Hey my name is Tyrone Frith, some of you may know me from the GRC championship driving for TTF Racing. I being following the STC very closely and have been very impress with the progress the league made over the years. And also love the idea of a team based championship. The one thing i was wondering what will it take to become a licence team and what we should expect when entering the championship. I be looking follow to hear from you soon.

Hi Tyrone, our two gurus Xose and David will surely get in touch with you, so expect either a Pm or a mail from one of them in the near future.