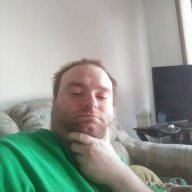 This is probably a dumb question to ask, but as a lot of us know, the rFactor Central servers are in a way out of commission, and they had the coolest skins and extra teams out there for the 1995 CART mod for rFactor. As it pertains to GTR2, since I am no painter, no modder, no coder, or none of that, and since iDT Simulations isn't actively working on it or any new skins, I was wondering if anyone had all the rFactor Central Skins for the 1995 CART Mod and if they have converted any over for GTR2, and if anyone added a couple of the missing Indy 500 skins that the Penske team tried to qualify for the Indy 500 in 1995 and failed, and if also if anyone added the 1994 Penske cars that were qualified into the 1994 Indy 500 by both Bobby Rahal and Mike Groff?
You must log in or register to reply here.
Share:
Facebook Twitter Reddit Pinterest Tumblr WhatsApp telegram Email Link