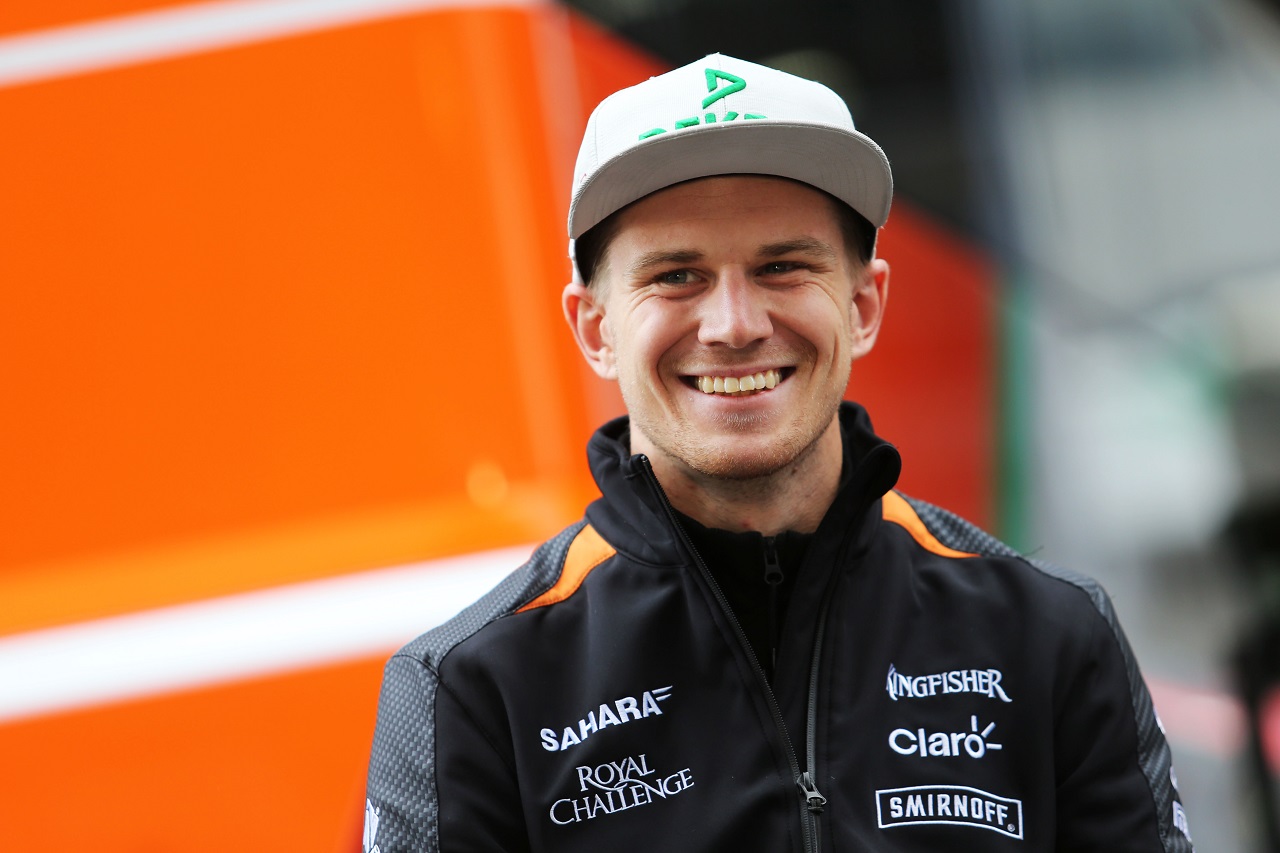 Sahara Force India F1 Team has announced that it has signed Nico Hulkenberg to a new two-year contract with the team, keeping their lead driver in the organization through the 2017 Formula 1 season.

The 28-year-old German driver was delighted to announce his new deal with Force India, saying: “I’m very pleased to finalise and announce my plans for the future. I know this team inside out and I feel at home here so it made perfect sense to make a long-term commitment. The progress the team has shown over the last two years has really impressed me and gives me confidence for the future. It’s a great group of people who are hungry for success and want to keep improving year-on-year. I think we have the important things in place going forward and I want to continue growing with this team as we move even further up the grid.”

Hulkenberg is Force India's most successful driver in terms of points scored, accumulating 183 championship points in three seasons with the team. While Hulkenberg has yet to score a podium finish in F1, he has been one of the sport's highest-rated talents in the paddock for several years, and no man seemed happier to retain his services than team principal Vijay Mallya:

“I make no secret of being one of Nico’s biggest fans and so it’s fantastic to confirm him as our driver for the next couple of seasons," Mallya said. "He has spent almost four years with us already and in that time we’ve seen him develop into one of the best racing drivers in the world. Nico has the speed, the technical knowledge and the maturity to help us achieve some great results in the years ahead. We will do everything we can to continue delivering a car to match his talent.”

Mallya gave Hulkenberg the blessing to race in two FIA World Endurance Championship rounds for Porsche this season - where he, along with Nick Tandy and Earl Bamber, won the 24 Hours of Le Mans in June. It is highly likely, then, that Hulkenberg will be able to defend his victory at Le Mans next June, while continuing to elevate Force India further up the Formula 1 grid over the next two seasons.

Hulkenberg is currently twelfth in the World Championship standings, with a season-best finish of sixth in the Austrian Grand Prix.

Force India isnt good enough for a driver of his skillset.
But its still better than nothing or a backmarker. At least he has a safe seat for some time now and doesnt have to fear loosing his seat til January.

It is really sad to see he isn't at a top team yet. For someone of his quality, it's just ridiculous.

There aren't enough top teams for all the really good drivers. Although, with Ferrari booking the Championship for the next few years, it doesn't really matter who they drive for. With Vettel in front next year, it's a battle for second!
I'm a Ferrari fan if you hadn't noticed. LOL

Staff
Premium
Seems Nico will be stuck forever with a B-team in Formula 1. Not sure if he gets paid a salary or not, otherwise it's maybe time to permanently move to a series where he receives a lot more appreciation: WEC.

The Hulk surely has more talent than Kvyat or Massa.

Premium
I think Hulkenberg won't get anywhere in F1 unfortunately. He is past the CURRENT prime age where top teams will consider signing him up. Compound that with his physical limitations (being too tall)... it's not looking good.

Staff
Premium
Well Ferrari signed Räikkönen and he is way past the prime age... I'm not sure if Hulk will ever get a chance to fight for titles but I'm sure he'll get a car capable of winning eventually.

Premium
Yes but you can argue that Raikonnen has already scored his chamionship and proved his mettle back in the day. Hulkenberg showed a few bright performances but didn't really strike waves.
A

Back theb, I just wanted Kimi to retire after 2015 and get Hulk into Ferrari in 2016. Otherwise if Force India can do a much better car in 2016 I wouldn't mind. 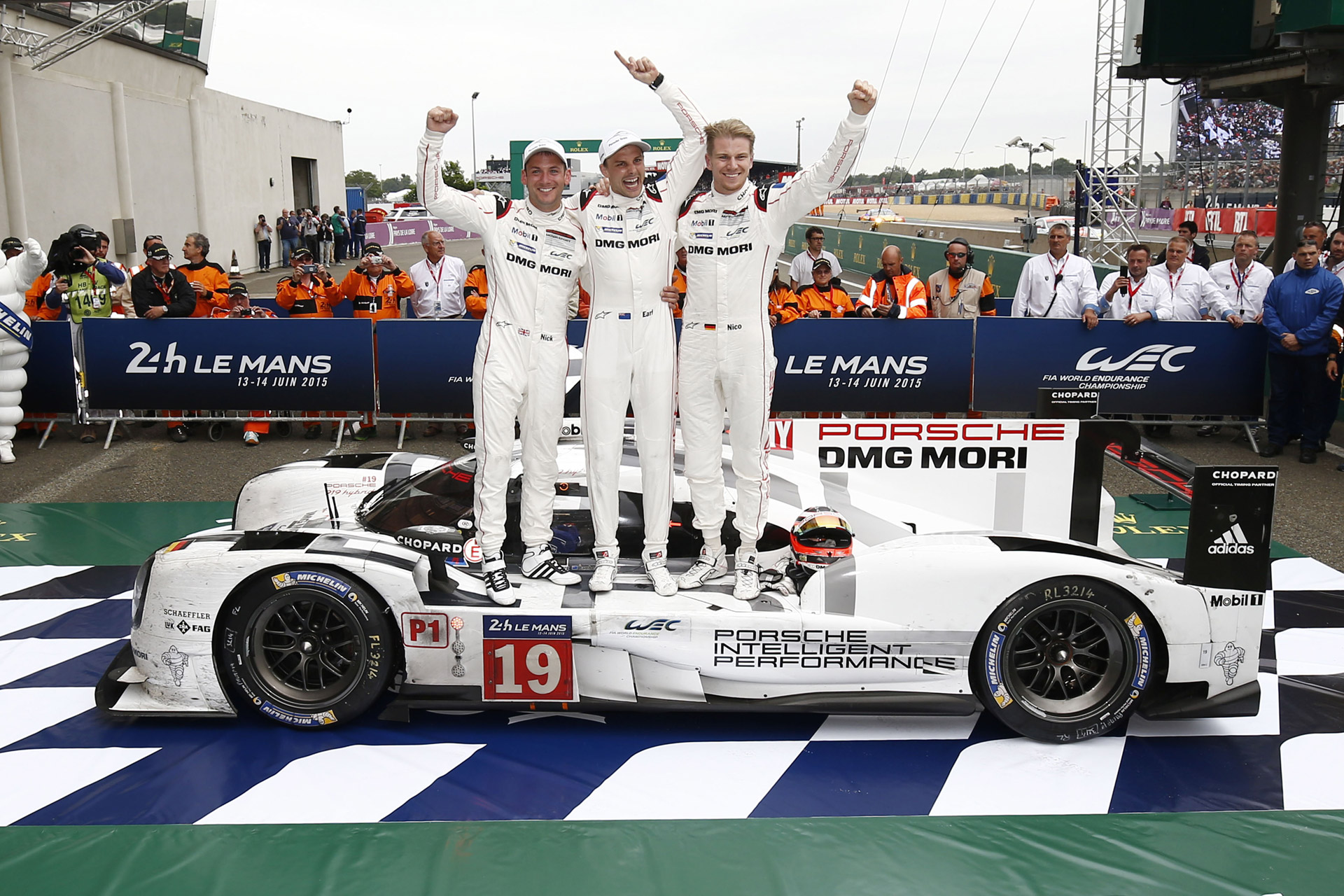 Premium
Obviously I know about Lemans but I'm speaking about F1. I think that ship has sailed for him. That is not to say his career is over. And honestly, the WEC is a very different kind of category compared to F1.

Why! He should have signed with Porsche. Silly boy. He doesn't know what is good for him staying in that team.
What does he want to be? The average Joe in F1 or possibly the next Mcnish in WEC.

Staff
Premium
@Thomas Alderton
This article might be of some interest for you m8.
http://www.racedepartment.com/threads/wec-hulkenberg-tandy-and-bamber-offered-2016-le-mans-return.110564/

Bram said:
Seems Nico will be stuck forever with a B-team in Formula 1. Not sure if he gets paid a salary or not, otherwise it's maybe time to permanently move to a series where he receives a lot more appreciation: WEC.

The Hulk surely has more talent than Kvyat or Massa.
Click to expand...

I think there was an article, that he earned around 4 Mio. per year in the past, so I guess FI will pay something similar.

But there is no real option out there Ferrari is closed and from a marketing perspective they probably wont take two Germans, Red Bull takes only their own drivers, no idea how long Rosberg will stay at Mercedes and all other teams are worse than FI.

Lotus is looking better now, but in case Renault buys in the Merc engine is gone

Andrew said:
@Thomas Alderton
This article might be of some interest for you m8.
http://www.racedepartment.com/threads/wec-hulkenberg-tandy-and-bamber-offered-2016-le-mans-return.110564/
Click to expand...

I have seen. I'd just to see him permanently there. Not just for 1 race

Thomas Alderton said:
I have seen. I'd just to see him permanently there. Not just for 1 race
Click to expand...

Maybe it is two races, but to be fair you are now very limited as an LMP1 driver 10 races per year is not a lot. As a GTE driver you can at least drive TUSCC, ELMS and WEC. 10 races is simple not enough for a sub 30 F1 driver.

They do plenty in between races I'm sure of it. But your right. but there are certainly better places for his career to go than to get stuck with force india another 2 years.

Maybe they have some kind of plan on how to get more money (new investor/sponsor next season) and that helped him make the decision?

Thomas Alderton said:
They do plenty in between races I'm sure of it. But your right. but there are certainly better places for his career to go than to get stuck with force india another 2 years.
Click to expand...

I cant see a better place unfortunately except Ferrari in 2017, but it is unlikely they take them. Mercedes and RedBull are blocked and McLaren would be a downgrade for sure. Would be nice to have more competetive teams in F1.

When I was talking about better places I think many drivers think that with the current state of F1 that perhaps it's not actually a good route to go for "racing" anymore.
I'm really quite anti-F1 so it's a biased view to Hulkenburg's career. I think GT's or LMP's will suit him well. And that is non-biased and a fair point to make. It's just my opinion of course though.
You must log in or register to reply here.
Share:
Facebook Twitter Reddit Pinterest Tumblr WhatsApp telegram Email Link
89
Opinion | Racing In The Rain
0
The Future of Product Promotion on RaceDepartment Forums
15
F1 | First Images From Vietnam GP Pitlane Revealed
53
DTM | R-Motorsport Aston Martin Withdraw From Series