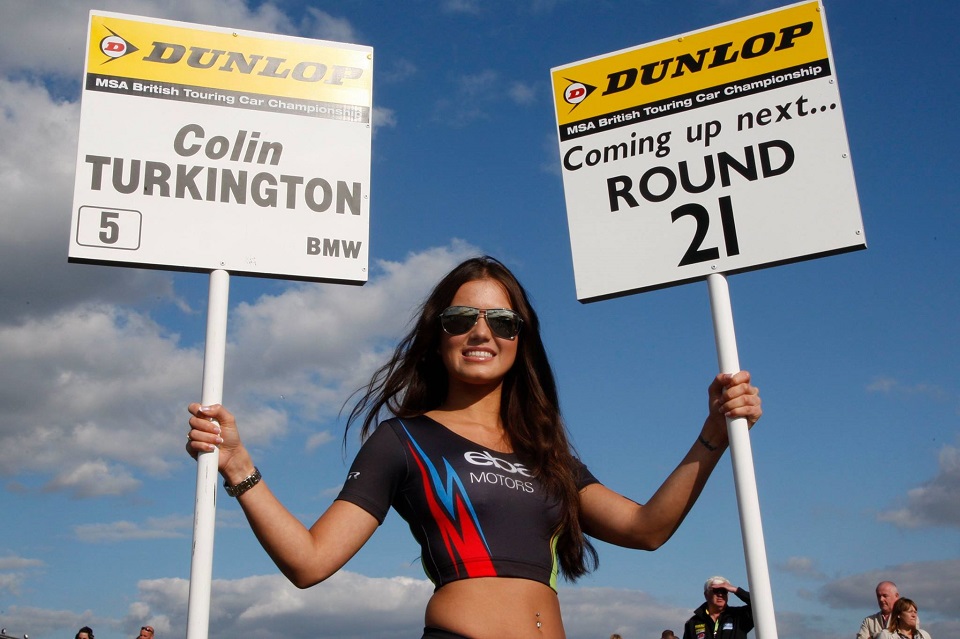 The 2014 British Touring Car Championship was already one of the series’ biggest seasons ever, with a regular 31 cars racing on the same circuit. Despite a lengthy off-season, announcements and speculation about the grid for next year are already feverish, which makes me wonder where all of the teams and drivers are going to fit.

Organizers ToCA set a maximum of 32 entries to ensure everyone starts the race at every circuit, which is fair enough; with the BTCC as tightly packed as it is, having non-qualifiers would add little to the show. But ToCA already allocated its maximum 32 licences for the year just gone, and with both new teams entering and even the smallest teams seeking ambitious expansion plans, something’s got to give somewhere. Perhaps helping to ease this pressure that teams can sell or loan licences to others on a yearly basis, and we are seeing technical collaborations between teams throughout the grid. Although the BTCC’s equalization policies have frequently proved controversial, NGTC is making the series accessible and very competitive, and series director Alan Gow surely prefers regulations that work too well rather than not at all.

But while we’ve had new drivers announced for next year, even bigger news is an actual case of two buses coming at once. In mid-October Inifiniti announced official backing and a pair of aggressively-styled Q50s for Support Our Paras Racing, supporting the Royal Parachute Regiment charity of the same name. Run by Pro Motorsport with Historic Supertouring racers Richard Hawken and Derek Palmer Jr. driving, their plan is to have actual veterans as crew members with the hope of eventually having an injured former paratrooper as a driver. Then at the start of this month, Stirling Motorsport announced a partnership with the Help for Heroes charity to create #RacingforHeroes, fielding Renault Clio Cup star Josh Cook in a still-unknown car in the BTCC while also running drivers in every series on ToCA’s raceday package. And yes, they too want to run a wounded veteran sometime in the future. To be fair, military charities mixed with motorsport is nothing new, as shown by Mission Motorsport and Race2Recovery. It’s also an awesome opportunity for some very brave people to take part, and officially endorsed efforts like Support Our Paras is probably the future way for any new “works teams” to enter the BTCC. But does it feel slightly surreal to anyone else that two such apparently unique schemes were announced within about six weeks?

Meanwhile, reigning teams’ champion West Surrey Racing faces an unhappy possibility. The fact that eBay is not renewing its sponsorship for 2015 is a big sticking point in the team keeping current drivers’ champion Colin Turkington. We’ve been here before; Turkington won the 2009 championship with WSR as Team RAC, but then RAC ended their sponsorship, and the team couldn’t keep their star driver. Turkington himself isn’t giving up, telling Autosport that he is talking to other teams on the grid to be able to defend his title.

"My number one priority is to be on the BTCC grid… I am talking to other teams. At the moment I am unattached."

It does seems unbelievable that the Northern Irishman wouldn’t be in the BTCC next year, not to mention being twice unable to mount a title defence, but he should be given credit for refusing to settle for less as a champion just to stay in the series. Rumours are that three-times World Touring Car champion Andy Priaulx could take his place in the team, though whether his European Le Mans commitments get in the way remains to be seen. It would certainly be a coup for WSR and a popular move for the Briton to the national championship, whose last BTCC engagement was back with Vauxhall in 2002.

WSR has at least confirmed one high-profile driver, race winner Sam Tordoff joining from MG. And with former teammate Jason Plato also off elsewhere, it appears that the always-outspoken driver has taken a few loyal sponsors with him. It’s unclear who might be driving the MGs or who'll be sponsoring them in 2015, but the manufacturer has committed to its partnership with Triple Eight.

After four consecutive manufacturers’ wins, Honda Racing experienced more modest success in 2014 with the Civic Tourer (you still mustn’t call it an estate car!), gaining some wins for stalwarts Matt Neal and Gordon Shedden but a definite step below their usual standard. They’re hoping that old ways come back next year by reverting to a more conventional model whilst retaining its proven lineup. As for the other champions, Andrew Jordan hoped to confirm his plans by Christmas, but will likely continue at family team Pirtek alongside Jeff Smith. Neither Alain Menu nor Fabrizio Giovanardi have stated they’re confirmed for 2015, after a regularly frustrating 2014 for both veterans. At least the calendar is still as rock-solid as it’s ever been, though that might change from 2016 if a street race in Coventry is fully realized…

A follow-up feature detailing the news on the rest of the grid is coming soon. Until then, the BTCC’s annual media day’s still three months away, at Donington Park on 24th March, with the season proper beginning at Brands Hatch on 5th April.
Click to expand...

its not hard if you drop watching other sports like F1. F1 is a waste of time to watch in my opinion now, BTCC is far better and value for money
You must log in or register to reply here.

GM moving in a new direction with sportscar racing?