Honda to withdraw or to be sold.

Rumours have been strengthening throughout the day (Thursday) of the impending sale, and possible withdrawal from Formula One, of the Honda team.

Concern began when the parent company, one of the world’s biggest motor manufacturers, announced a slump in sales as the worldwide economic crisis hits the automobile industry hard, and along with the announcement that Shuhei Nakamoto, formerly a technical director with the team, has left Honda F1 stories began to strengthen.

Nakamoto has, however, been playing a less vital role in the F1 team – and will remain with the company in motorcycle racing, and his departure may be as a result of that rather than any imminent F1 crisis.

However Joe Saward, at Grandprix.com, is reporting that a number of Honda F1 employees have suddenly announced themselves on the job market, and that there are reports of the team asking for voluntary redundancies and cutting its racing budget.

Many sources, as Grandprix.com point out, are now saying that the team is about to be put up for sale, and it would appear the team are not replying to enquiries from the press.

The most extreme stories state that if a buyer is not found by Christmas – just three weeks away – the team will be closed down, a situation that sounds drastic but is hardly implausible given the state of the motor industry.

With Japan lagging behind Europe in terms of time it is thought unlikely that any announcement will be forthcoming before their morning, and many are expecting an announcement to confirm the above.

A withdrawal by Honda would leave Jenson Button and Rubens Barrichello out of drives, although the latter is thought to be about to be replaced. The news would be a blow to the apparent incumbent Bruno Senna, nephew of the late Ayrton Senna, who has tested for the Honda team in recent times.

Honda will announce tomorrow morning that it is withdrawing from Formula 1.

It is putting its team up for sale and will continue to fund the team for three months, but if no buyer is found by March then the team will be closed down.

The team was addressed by team principal Ross Brawn this evening and he explained the situation to the workforce.
Click to expand...

Bit of a shock this - but they are doing awful and with the economy as it is I suppose it makes absolute sense. Maybe Prodrive will buy them? As they were looking to enter in 2010 - although maybe they called that project off?

shame. its always bad when you lose one of the faster teams

It slipped my mind

Honda is the most profitable manufacturer in the whole F1 game. If they leave, there is no reason for the others to stay?

Honda hasn't been hit nearly as hard as the other big manufacturers in the world by the financial crisis, so their slump is not as bad as some of the other manufacturers in F1. According to phil huff over on the honda forum it seems the windtunnels have been shut down, raw material order cancelled and honda have only commisioned the making of two very basic chassis for testing and the melbourne race but they will not fly or pay for the melbourne race.

All car manufacturers are pretty much bust, sales are down 40-50% across the world, they will all be forced to pull out of F1 by their share holders who will not permit them to waste $100-$300m on an ego trip when 10s of '000s of jobs in the industry are going.

If Honda go, Renault will follow before the season starts, maybe BMW & Toyota too? :chuck:

yOU heard it here first!

Saying that though look at the number of manufacturers who have come and gone over in F1 over the years. Mercedes and BMW have both been in and out. Honda has been here before as a supplier and constructor. Alfa Romeo, Maserati etc.
M

Some good points made there Damian..
Would love to see the fine print on the driver contracts..

I can see this single engine coming into play sooner than we think!

If you're right Damian, then I think the time of private teams in F1 will come again! (or F1 is gone, but I hope the 1st version)
Now we can see what's the point in the single engine thing. And now I think it's OK. An F1 with similar engines is much better than no F1!

I'm sad about the news however, I really like Jenson and Rubens, and if Rubens wouldn't continue next year, I would be really curious about Bruno Senna! I hope they'll find somebody who buys the team, or find another place to continue, just don't know where as almost all the seats are now occupied by somebody! At Toro Rosso there's almost sure that Buemi will race with them, and Sato will fight with Bourdais next week for the another seat (go Sato ), at Force India they said they won't change drivers next year. 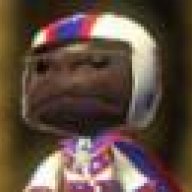 It's official now, Honda is leaving. 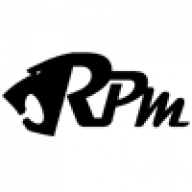 Just saw it aswell. It's a shame really.

My question is, who'll be next? Toyota? Toro Rosso? Williams? Sorry to sound so pessimistic, but I feel it is the beginning of the end. :disapointed:

Olav Mol the dutch F1 commentator was on the tv this morning and he did a little calculation which justifies Honda's descision.

Lol, heck i would have sold my team as well if we run such costs per point per season

And the F1 journalists here in Brazil thinking that Honda called Rubens its headquarters to negotiate a chance for him to continue in F1
Go pilot kart Rubens!​

some good points damien but i have to disagree. the success of honda globally going right back to their roots is in having a cash rich bussiness which are few and far between even at the highest level of bussiness. when times are hard making the first move to cut none essentiall spending stops you eating away these reserves and the fixed assets that you own, thus making you hold the strongest position when economic circumstances improve. theyre playing it the way I would. theres no reason they can't retrurn in the future they will have done it before and be well prepared.
A

According to the ITV F1 website, Nick Fry as announced there has been interest from potential buyers for Honda F1 already, maybe we will seem them next year after all.

Under a different name, but at least Button keeps his seat if someone does buy the team
A

Damian Dainhumain said:
Under a different name, but at least Button keeps his seat if someone does buy the team
Click to expand...