Historic Porsche Cup: A champion has been crowned

Last week-end was the sixth and final round of the Historic Porsche Cup here at Racedepartment and it have crowned its first champion.

After six rounds of exciting and close racing the series saw Ross McGregor took the champion trophy of the first Historic Porsche Cup with 9 poles position, 8 wins and 9 podium finishes dominating the competition. Jarek Kostowski consistency allowed him to take second place at the end of the season with 9 podium finishes followed by Jernej Simoncic in third place the only one who was able to take races win.

The first round at Sebring International Raceway saw a dominating Ross McGregor in the qualification and both races leaving everyone behind with an impressive pace. The first race podium was completed by Silvino Rodrigues in second place and Guilherme Silva taking the third step of the podium. The second race was a real thriller until the final lap where Jarek Kostowski beat Silvino Rodrigues at the checkered flag by a margin of only .061 to take third place on the podium.

The second round at Circuit Gilles Villeneuve saw lots of good battles all around the field with some incidents that made the races more interesting for the viewers, as some of the top runners was out of place after the incidents. Both qualifications saw McGegor taking the top spot for both races followed by Jernej Simoncic and Guilherme Silva to complete the top 3 spots on the racing grid for the starts of both races. Race one win was taken by McGregor by only .408 over Jernej Simoncic in second and Guilherme Silva taking third over 9 seconds behind the leaders. Race 2 turn 2 incidents saw McGregor fell down the order in twelve place and having to fight his way back the field, on the last lap in the final chicane Ross tried to pass Oscar Hardwick for third place but was force to cut the chicane to avoid contact but after the race the stewards gave third place back to Oscar as Ross didn't lift enough after cutting the chicane.

Round 3 was the first of the 2 Enduro of the series and it was filled with action. The outcome of the event was potentially affected before the track action had even begun, with our championship leader Ross McGregor being ill with a virus. This time around the qualification top spot went to Jernej Simoncic - just .147 faster than Ross McGregor in second and Guilherme Silva took third spot on the starting grid, over 1 second behind the leaders. The first part of the race saw Jernej and Ross fight for first place,exchanging positions a few times until the pitstop, where Jernej got a drive-through penalty for speeding in the pits taking him out of the fight for the win. None-the-less his lead over third place was big enough that he didn't lose second place despite the penalty. The third step of the podium went to Jarek Kostowski with a good pitstop strategy allowing him to take the position from Guilherme Silva. The race saw good battles all around the field and some crashes occurred costing valuable positions to the drivers involved. Yves Larose was one of them, after losing the rear at Eau Rouge-Raidillon and hitting the wall hard causing him to lose his front spoiler and puncture a tire he had to limp back to the pits.

Round 4 at Hockenheimring saw the competition get closer up and down the field, forcing some of the drivers to up their game in order to get a good result, again the event outcome and championship standing was affected by uncontrollable circumstances. Guilherme Silva, who was second in the championship coming to Hockenheimring, was forced to retire even before the first qualification started due to technical difficulties. Silvino Rodrigues was unable to take part of the first race due to real life responsibilities, leaving an open spot on the starting grid for race one.

Once again Ross McGregor dominated both qualifications sessions securing the pole for both race starts, followed by Jernej Simoncic in second place and Silvino Rodrigues to round out the top three. The start of race one was very exciting from the get go and Jernej Simoncic took the lead with a very good pass at turn 2 on the inside of Ross McGregor. At the end of the long straight at the braking for the hairpin Ross was a little bit too optimistic and he contacted Jernej, sending him wide allowing Jarek Kostowski to take the lead of the race, the incident was more costly to Ross as Jernej was able to maintain second place and Ross fell down to fourth place behind Yves Larose in third. As expected it didn't take too long for Ross to catch third place, in the mean time Jernej did the same with Jarek and took the lead of the race on lap 3. On lap 6 Ross caught up with Jarek and passed him, and started to chase Jernej for the lead of the race and on lap 11 Ross made his move and took the lead. Ross took the top step of the podium at the finish followed by Jernej Simoncic in second and Jarek Kostowski in third.

Race two was once again in favor of Jernej Simoncic who took the lead of the race, closely followed by Ross McGregor, Silvino Rodrigues and Jarek Kostowski. On lap three Ross passed Jernej for the lead and at the same time Silvino over did it at the hairpin running very deep, allowing Jarek and Yves Larose to pass him. For a few laps Ross and Jernej battled hard for the lead swapping places a few times up until lap six when Ross passed Jernej for the final time. Further down the field a battle for the fourth place was going on between Yves Larose and Silvino Rodrigues, where they exchanged positions a few times. Silvino got the best over Yves at the finish line grabbing fourth place. At the finish Ross McGregor took another win followed by Jernej Simoncic and Jarek Kostowski to complete the podium.

The fifth round at Leipzig Porsche Test Track saw Ross McGregor being less dominant and even let a race win slipt throught his fingers which tighten the championship and making the final round interesting for all the drivers in the series. Some of the drivers made some progress in the fifth round and was closer to the top runners and some others were out of place, Yves Larose said this to our reporter after the races "I was unable to find a good setup for the car making it very unstable and hard to drive" and putting him in the middle of the field.

The sixth and final round of the championship at Mount Panorama was the second enduro of the season. A circuit that uses every day roads that goes up and down Mount Panorama making the track very challenging for the drivers.

Once again Ross took the pole position for the start of the race followed by Jernej Simoncic and Guilherme Silva. The start of the race was very exciting as Ross completely missed his start allowing Silva to take the lead while Ross was hit from behind at turn 1 making him loose even more places. From twelve place he started to make his way back the field lap after lap, on lap 4 he was already back into fourth place mostly due to Yves Larose connection lost on lap 2. On lap twelve he was back in second place chasing Silva for the lead and on lap 17th he took the lead of the race and he never looked back and took the win and the championship trophy along with it.

Congratulation to the series champion Ross McGregor, to Jarek Kostowski for taking second place in the championship and to Jernej Simoncic for third place. To see the full standings consult the league thread RDHPC - Official standings .
Reactions: Marcel Offermans, Silvino Rodrigues, Ross McGregor and 10 others

what a season it has been, spectacular to watch and great fights. Not to mension the season end, what a thriller!
Congrats @Ross McGregor spectaculair season! @Jarek Kostowski for a very consistent season, impressive in these cars, and @Jernej Simončič for the great resistance in the season, you came close to winning a couple of times and great to see you finally get that win near the end
Reactions: Ross McGregor, Jernej Simončič and Quas
M

Thanks guys, it was very enjoyable driving these cars- i'll keep an eye out for future events!
Reactions: Andrew 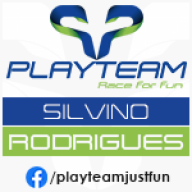