Hi, I'm having an issue with an increased ping when a new session starts on some servers. I noticed it first on a www.assetto-fr.tk server which features Nordschleife Endurance 3 lap races. Every time a new session starts my ping instantly jumps from my usual 50 ms to 200 - 1500 ms, stays like that for about two minutes and then goes back to normal. This means that I can't participate in race starts on this server because of an auto kick function. It also happens during qualifying, but I can just rejoin then.
At first, I thought there was something wrong with the server, but then I also noticed similar behaviour, although to a lesser extent, on other servers. Some people suggested that it might be because of my low-end CPU being overloaded and indeed task manager confirmed that it is being utilized at 100% for short periods of time when it happens. The problem with this explanation, however, is that when my ping doesn't jump above 300 and I don't get kicked, when a race is restarted it doesn't jump back up again, as it does at the beginning of a new session.
I tried several things to fix the issue, including setting graphics to lowest, which should, in theory, unload the CPU, but it had no effect. I have a fast cable internet connection in a capital city, so I'm fairly confident that it's not the cause. I also have some mods installed such as car sound mods, helicorsa, acti telemetry and FFBClip.

Now it might also depend on where you live and where the server is located.
Worse if it is with a heavy track also.

Not sure about a second reason ... but are you sure those servers are not prepared for day-night transition as some are now using Content Manager - Shader Light Patch and SOL.

Fast cable .... with a fast connection ? ... I'd say the Ping problem is mostly a connection problem rather than a PC config problem.
P

I know that this particular server has SOL in its name, but I don't know whether it's actually working, because I don't have SOL installed. Why would this matter though?

Normally that shouldn't matter for one only session.
But as I use Sol and Shader Light Patch and such servers have a time multiplyer... I know there's something happening at each session change .... time and skies need to come .. let's say backwards or forwards to retrieve the foreseen hour for the session start ....

This phenomenon makes no real problem, except visually for some seconds .... but I really don't know the result of this for a driver without SLP and Sol ! .... this might cause such problems as yours maybe.

Try another server without Sol and see if it also happens .... if it doesn't, avoid Sol and SLP servers in order to solve your problem.
Maybe it might just happen for you with a heavy track as Nordschleife ... but not sure about that at all.
P

It happens on servers that don't use SOL too.

I did some further monitoring today, with MSI afterburner and resource monitor, and CPU was at a steady 70% utilization when it happened so I think we can rule that one out. Network utilisation was at 0% so it's not that either.

I just searched a bit for this kind of problem and just found 1 possible reason:
The ipv6 might create a problem ... ( so was one of the answers.... so I give it to you without certainty ).

Disable it in your router and try once more. If the answer to this kind of problem was true ... it might work.
P

Thanks for helping me out on this. At first, it seemed to have worked because my ping stayed at 50 ms when the server progressed to race, but when the race ended and qualifying started my ping jumped to 1300 ms again, so it's even more baffling to me now.

Found something else here at RD about the same kind of problem .... the solution might be the answer. Here: https://www.racedepartment.com/threads/very-unstable-ping-during-mp.116083/
Once more .... worth a try !
P

No malware or spyware was found.

I tried to see whether this also happens in other multiplayer games and it doesn't, so it seems to me like this is strictly AC related. Another thing I noticed is that when the ping jumps and I start the race anyway (auto kick isn't instantaneous) other players' cars are not rubber banding/warping, which is usually the case when you have a very high ping, so could it possibly be that the ping counter itself is wrong somehow?
Last edited: Jul 12, 2019

I don't think so ... I never noticed this.
Now ... are AC servers more sensible to unsuspected connection problems ? ... I don't know either.
Should it be the case .... your connection problem might not appear with other multiplayer games but well with AC ones.

Else said, let's try to already eliminate one possible problem: your connection.
Turn your modem off for a few minutes ... and restart it ... or reset it, this might correct a problem there if there's one.
If it doesn't work .... we'll be sure it is not a connection problem.
N

When I see stuff like this, I tend to suspect that the ISP might be using traffic management. This can delay/drop packets, spoiling gaming. They try pretty hard to make their management tools recognise games, but some games (esp. new ones) sneak through.

The impact on TCP and UDP packets can be totally different. I'm not sure if the ACC pings are UDP or TCP, but the position updates are UDP for certain.
Might be worth asking your ISP if they use any form of traffic management, if you aren't already sure about that.
P

I restarted my modem and it did not help.

Neilski, thanks for advice although we are talking about AC, not ACC. As to traffic management, even if I determine that my ISP is doing it, is there anything that I or they can do to fix this particular problem?
Last edited: Jul 13, 2019

I just re-read your 1st post and saw that you are using "acti telemetry ".

I don't use it but just checked the thread about it .... it seems to need a IP adress and opening a port.
Should it mean it uses your connection to work ? ...
I don't know if it might create online connection problems or not .... but do you use it when racing online ?
Reactions: Neilski
N

Pistro said:
I restarted my modem and it did not help.

Neilski, thanks for advice although we are talking about AC, not ACC. As to traffic management, even if I determine that my ISP is doing it, is there anything that I or they can do to fix this particular problem?
Click to expand...

Whoops, sorry! Not paying enough attention
AC has been around a long time, so it should be less likely to have issues from traffic management, but it's not impossible.
I'd suggest simply asking your ISP if they use traffic management, and if so, whether their systems recognise Assetto Corsa gaming traffic. If it turns out to be the problem, there's nothing you can do to fix it other than change ISP; they on the other hand can fix it and may be willing to do so.
Also, one can't rule out CPU overload simply on the basis that the utilisation doesn't reach 100% - with multi-core CPUs it's often the case that a game can be CPU-bound without all execution units running at 100% (the easy example would be single-threaded game running flat out on a four-core CPU - the utilisation will be around 25% even though the CPU is the bottleneck). Not sure if it's likely to be your problem but equally the clock speed of your CPU isn't high enough for me to be relaxed about saying it's definitely not the cause.
If you post your logs on the AC support forum they might be able to detect an issue and give you some pointers.
P

I do use acti telemetry when racing but disabling it did not help either. What seems to have helped though is setting "USE_TIMER_PROCESS" in assetto_corsa.ini to 1. I can't recall what I had it set to previously because I made that change almost a month ago and didn't play much after that, but my ping has been rock solid so far. 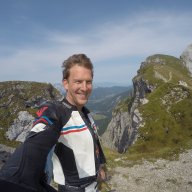 Pistro said:
I do use acti telemetry when racing but disabling it did not help either. What seems to have helped though is setting "USE_TIMER_PROCESS" in assetto_corsa.ini to 1. I can't recall what I had it set to previously because I made that change almost a month ago and didn't play much after that, but my ping has been rock solid so far.

I appreciate your help Jempy and Neilski
Click to expand...

Hi @Pistro
I started to face the same problem in the last 3 races. Did the changing of "USE_TIME_PROCESS" solve it for good? My value is currently -1 . I'll give it a try anyways but if you encountered something else, please let me know. Thank you
K

Hi, we had the same issue with one guy who I regularly race with. Pretty sure I've found the issue. Looks like OneDrive syncs the Documents folder by default and Assetto saves replays to the Documents folder. As soon as we'd start a new race or any session Assetto would start saving a replay and OneDrive would start uploading the replay file to the cloud!

I know this post is quite old but just in case you have the same issue and you're still playing Assetto!
Reactions: Vladislav Yukhno and Neilski
R

I had the same issue. For some reason, my ping would go high (sometimes enough to be kicked from a server) in the beginning of a new session.

I found out it had relation to the replay of the previous session being processed by the game. So, in the beginning of the race (cars yet on the grid), my ping would go high because the game was saving the qualifying replay, and vice versa.

Then I disabled "autosave replays" in Assetto menu and the problem was solved. No more high ping after a session ended.

But I wanted to keep the autosave replay feature, so I activated "autosave replays" again but reduced the replay recording quality from "Ultra" to "Low". Same result, no more high ping.

In sum, if you are having this issue, reduce your replay recording quality from "Ultra" to "Low". If it doesn't work, disable "autosave replays" in Assetto menu. At least this is what solved the problem for me.
Last edited: Sep 28, 2020
Reactions: Neilski
N

Racer3235 said:
I found out it had relation to the replay of the previous session being processed by the game.
Click to expand...

Glad you found a cure. Are your replays saved on a HDD or an SSD?
Reactions: Racer3235
R

Neilski, they are saved on an SSD. Both the game and replay folder is on the SSD.
Last edited: Sep 28, 2020
You must log in or register to reply here.
Share:
Facebook Twitter Reddit Pinterest Tumblr WhatsApp telegram Email Link
60 comments
Fanatec and SRO Pioneer the Marriage of eSports and Real-World Racing
16 comments
ACC Custom Livery Workshop Live Stream With Boonatix
83 comments
DAKAR 21 | First Preview Images Revealed