Have Honda Finally Turned The Corner in F1? 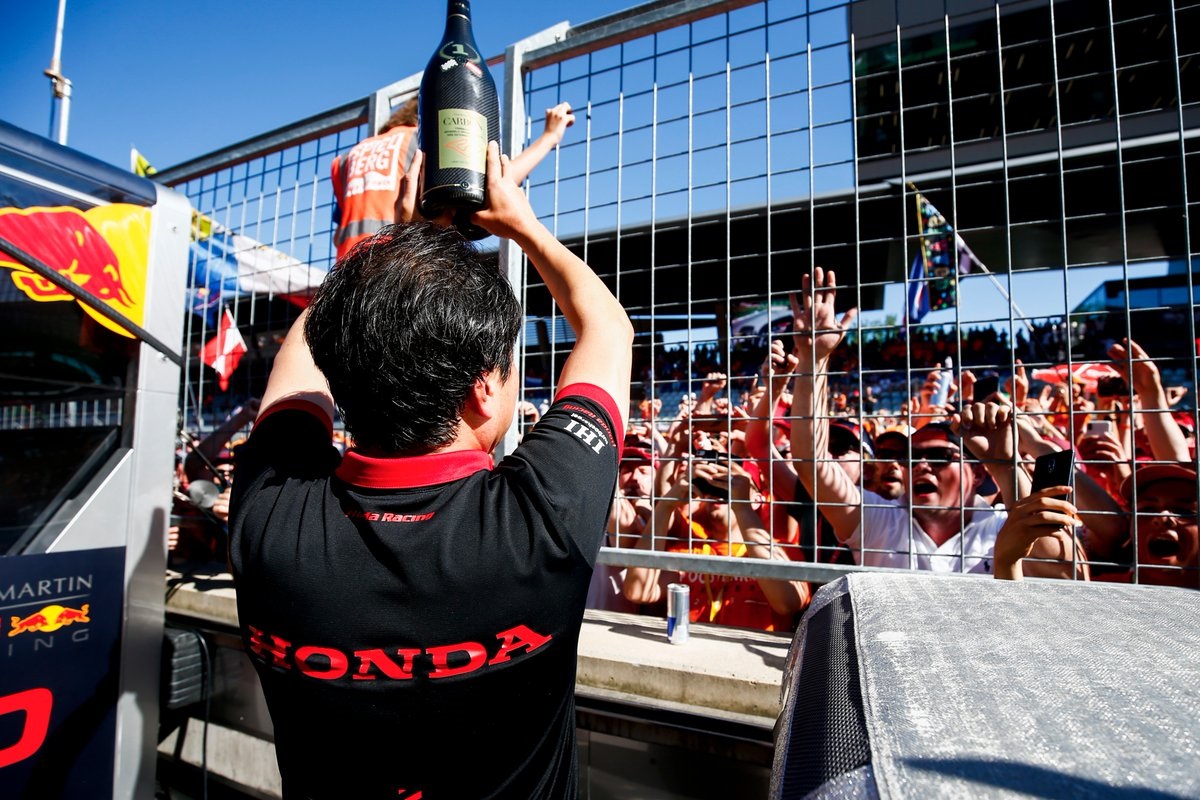 After what can only be described as a disastrous start to their Grand Prix return - do you think Honda can finally start to challenge at the very front of the field?

Taking their first Formula One World Championship race victory since Jenson Button crossed the finish line at the Hungaroring back in 2006, the Austrian Grand Prix was an emotional moment for everyone at Honda Racing - finally allowing the Japanese manufacturer to prove their worth in the hybrid turbo era following four troubled years with first McLaren then Toro Rosso since returning to the sport in 2015.

Bolted to the back of the 2019 Red Bull Racing RB15, Honda look to have made significant strides in terms of both reliability and performance, allowing Max Verstappen to score an emotional and hard fought race victory at the Red Bull Ring the weekend just gone.

Admittedly Mercedes would be suffering from various issues with both their cars over the course of the Austrian Grand Prix weekend, and a perfect strategy from Red Bull allowed Verstappen to execute a blinding recovery drive on Sunday afternoon to steal the win from under the noses of Ferrari - circumstances aside, the race finally proved that Honda might well have turned a corner with their V8 turbo hybrid Power Unit.

Do you think this is the beginning of Honda emerging as a genuine front running engine supplier, or was it more a case of right place, right time for the once mighty Japanese brand?

Let us know your thoughts!

Honda certainly has made some progress, but they are still behind Mercedes and Ferrari. Since a few weeks Max has mentioned multiple times in interviews that they are still too slow on the straights, so a lack of HP. Austria will probably be an exception for two reasons... Max was allowed to turn up the engine higher than normal for a long period of the race, taking a bigger risk with the engine. But... Japanese companies don’t like to take these risks, because having engines blow up again will make them look bad again (remember the first few years after their comeback to F1?). Second reason was... an exceptional Max... we cannot expect from him to race at this level every time. Just look at how much faster he was than his teammate.

Naw. They are surely snapping on their heels but no. That chassis must be an absolute dream though.
K

Too soon to tell. The results of Gasly and both Toro Rosso's show that there's a long way to go. Verstappen's engine ran at full power in Austria and Honda may pay the price for that in a later stadium.
Last edited: Jul 2, 2019

Not as far behind as they were, but mercedes have been slow when the weather is hot for years. Less so, Ferrari.
Some of the weekend performance by RB was obviously due to driver proficiency, but it's just a damn good ca when engine power isn't the governing thing.
Predicting a fast mercedes once again in the temperate silverstone climate.

Altitude and exceptional heat. The next Honda race will be Mexico. Not sure if the Honda engine lacks power or if the RedBull has too much downforce.
Last edited: Jul 2, 2019

no they will not but its coming , they old nose is back whit the open nose structure that helped alot whit front downforce last weekend. and they manage to open the engine for 30 laps so lets see how long that engine will last them .this was a verry short track and it was blistering hot, lets hope it will continue though.
Honda Powerrrrr

That’s why the Honda engine sounds more raw than the other engines. It’s a V8!!

I'm a bit confused. The car says Aston Martin Racing but the team is called Honda?

Aston Martin has a title and innovation partnership with the team.

Honda is clearly still down on power. Great to see them on the top step though - it would be great for F1 to have them competitive again.

See, if you Dream of Power it will come

No. Honda only made things even more difficult to Verstappen. This win there's nothing to do with engine, it was a rare class driving performance. RBR won 4 races last year with Renault by the way.

They turned the corner a couple of seasons ago when they were still with McLaren, they made huge strides in 2017 and are slowly building upon it. I still think they are some way behind the others though, but are closing in. Austria was a special case, and more down to Honda's improved reliability and efficiency, rather then pure performance.

I think Renault have probably made most progress this season. That spec 2 engine in the hands of Sainz' McLaren was immense on Sunday. Breezed past everyone with surprising ease, even those defending with DRS. It's great for F1! Who would have thought 3 years ago that the Mercedes PU would be surpassed!

Sure!
They turned a corner when the engines stopped 'grenading' after just a few slow laps behind the entire field.

At least it looks better than Renault for Red Bull.

OH NO YOU DON'T HONDA
You must log in or register to reply here.