Haas Drivers in Crisis: What Would You Do? 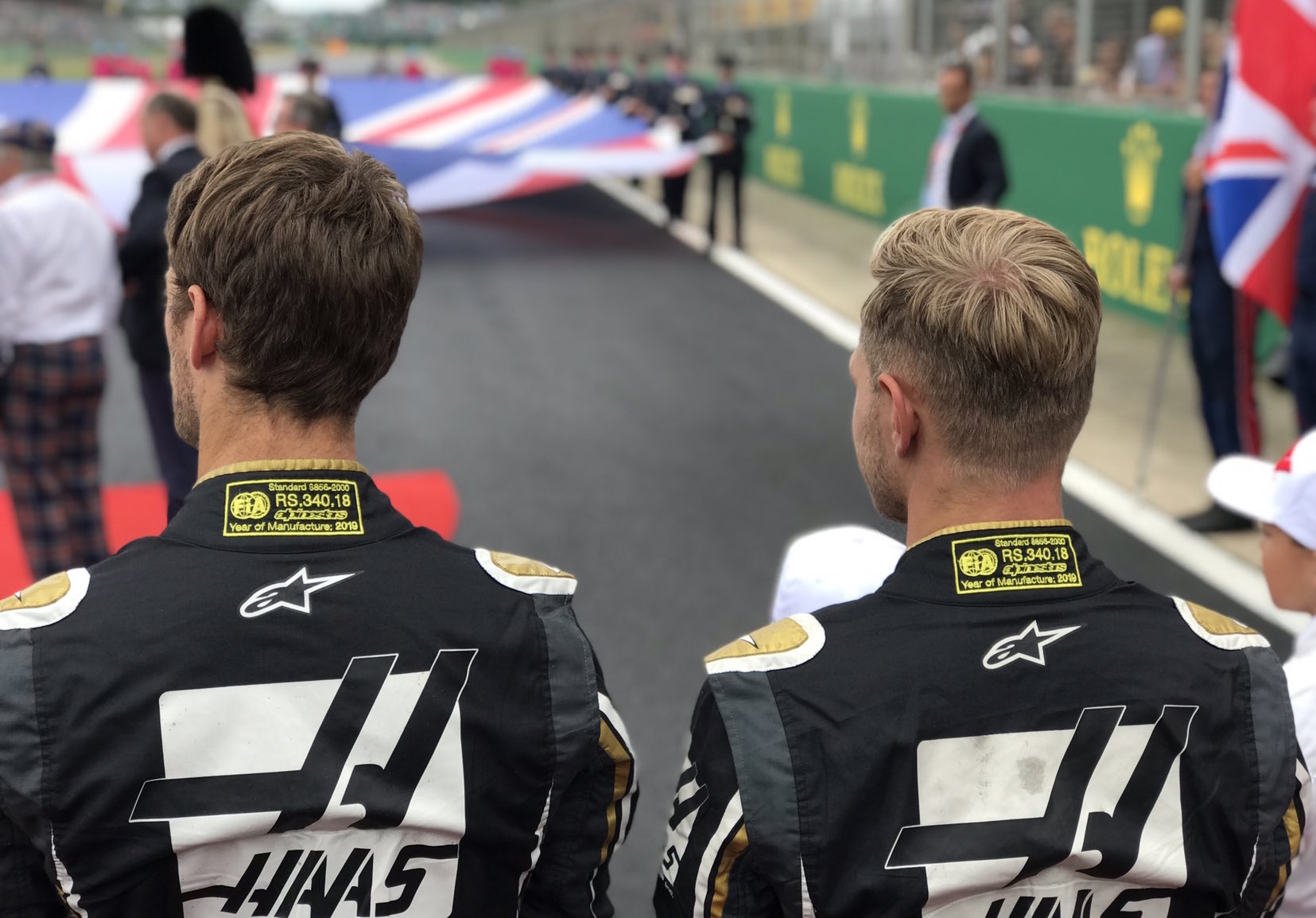 Following yet another collision between Romain Grosjean and Kevin Magnussen at Silverstone, team boss Gunther Steiner promises fireworks within the coming days.

With neither driver particularly renowned for their ability to carry out a calm race weekend, Grosjean and Magnussen once again came to blows out on the circuit at Silverstone yesterday - sending both cars into retirement and further compounding what was another miserable weekend for the American team.

With the ever entertaining Gunther Steiner practically spitting fire following the double DNF for his drivers, the Austrian Haas F1 team boss has slammed the behaviour of his racers as "not acceptable", amid promises of further action to be taken within the under-fire squad.

Speaking at Silverstone following the double retirement for his two drivers, Steiner was understandably angry and disappointed about their lap one altercation.


“I’m obviously disappointed to say it, what happened. Everyone works hard to get out of this hole that we are in. We do the almost impossible and when we get the chance to score points or to at least learn something to move forward, they do something like this. I don’t need any explanation for this“.​
Perhaps more ominously for the two current Haas drivers, Steiner left plenty of speculation on the table when he suggested that a post race dressing down won't be the last of the subject Grosjean and Magnussen will hear of their British Grand Prix collision...


“We knew that because we worked hard for it on Friday. It’s a wasted opportunity. There’s your headline.

“I will do what I think is right to do in the next days.”
​
Could this mean the end of the line for one of their drivers? Will we see a new face in the black and gold cars before the year is out? If you were team boss of Haas, what would you do?

Definitely not a good place to be, with all the millions at stake , not a big fan of Grosjean , so if I had to fire one, it would be him, but personally I would fire both
there's a lot of young talent out there

like I'd rather get Ocon back then keep Grosjean smashing into other drivers
Last edited: Jul 16, 2019

I would sack them both.

Not entirely sure about the mid season switch. It depends on whether Steiner thinks any worthwhile difference can be made in just over half a season. Honestly, I'd save my money, keep the two on board, and now commit to getting better results in 2020. Ditch the both of them come Dec 2 and pick up the best drivers from the feeder classes you can. Aitken springs to mind, so does Jamie Chadwick from the W Series. This season isn't promising for them anyway, after Rich Energy vocally split from them. I'd just complete the season out of formality and push for better next year.

Fat-Alfie said:
I would sack them both.
Click to expand...

That would be a helpful cost-cutting strategy in the event, say, a sponsor had some cash flow problems and couldn't meet their contractual obligation. Hypothetically.

Bring in the youngsters! New faces for F1 are a welcome sight when one duo isn't doing well.

For me, I love watching races on TV and live in person, but what's better than actually trying to get in on the action yourself? I would absolutely love to take my Assetto Corsa racing sim knowledge to a real track and a real car!

That is one of my dreams; to drive a race car!

Both of them are 'eh good enough' but you want more than that. Do wonder who they'd be replaced by though. Russell and Ocon are the two stand outs that want a seat like that, but Merc contracts etc...... Nobody this year is owning F2 enough to get the seat to my eyes, maybe Latifi plus he has extra money behind him incase someone 'rich' is needed for funds. The best options are Mag and Gro at the moment unfortunatly.

If you were team boss of Haas, what would you do? Sent a job application to McLaren

JTRaceFan17 said:
Bring in the youngsters! New faces for F1 are a welcome sight when one duo isn't doing well.
Click to expand...

Driving a race car can be done! but F1 probably not , haha, unless you have some $$$ to spare ( you can rent old F1 and take it out on track)

I’ve said it before.. get rid of both of them and start fresh like McLaren.. look how that is working out..

I cannot comprehend why they persist with both of these guys...

Grosjean is a wreck waiting to happen and not even particularly fast. Part with him ASAP (I'm assuming Haas isn't exactly flush with cash, so they have to take his contact into consideration).

Magnussen has turned in some decent performances this year, but at the same time seems to be somewhat of a dickhead. Dunno, I'm thinking keep him to ensure some continuity and see if you can get Alexander Rossi in the other seat.

Has Rossi expressed any interest of late in F1? Indycar has worked out quite well for him.

Jack Straw said:
Has Rossi expressed any interest of late in F1? Indycar has worked out quite well for him.
Click to expand...

Not that I'm aware of, just dreaming of getting an American driver in the field and Rossi seems to be the best candidate.

I think he's going to be a fixture in IndyCar for many years to come.

I'd fire one of them, probably Grosjean, and put Colton Herta in his car.

I see your point. It would indeed be nice to see a top level American back in F1. Actually it could be said that F1 blew their chance at Rossi a few years back.
While we're dreaming I'd love to see guys like Scott Dixon, Simon Pagenaud, and Josef Newgarden in cars from the top three F1 teams. Why stop there? How 'bout Hamilton and Verstappen driving for Penske or Andretti at an oval!!!!

Unfortunately I feel Romain's career has never really materialized, may have lost some confidence, and is beginning to press and making questionable decisions.
Magnussen could use a bit more of his dad's demeanor in and out of the car, just too much of a hot head and not enough race acumen.
I would pair Pietro Fittipaldi with Romain for the next race, and then follow it up the race after with Magnussen and repeat for the remaining races and see how he works as a teammate to one of the current stooges. And at years end make a decision to launch one or the other, or both and replace with Fittipaldi and give Rossi a re-do at F1.
You must log in or register to reply here.