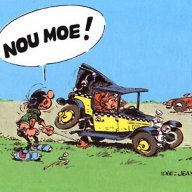 I had a lot of fun tonight. And I am very happy with my results.
Thanks for organizing the event.

But, while watching the qualy I saw heavy corner cutting.
The chicane was taken almost completety with 4 wheels on the left side of the corner stones!!
Is this the way to win a qualy or race?
Quite dishonest, isn't it? And disrespectful to other drivers and race-control
Reactions: Peter van Zanten, Tim Ling, Warren Schembri and 5 others

Sorry chaps, was fully intent on signing in tonight but work had other ideas At least I have a week off from Friday 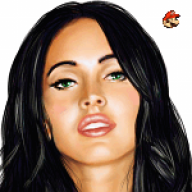 Good car, nice track, GREAT RACE!
I was very impressed how good can I drive but...
On first race I didn't take enough fuel xD I was out of in 20laps AFAIR :

On second race i tried to cut turn too much (but still two wheels on track ), and I hit very heavy barrel. I got flat tire and suspension/steering problems (wheel was turned to go straight). It was my mistake that I didn't drive directly to pit. I wanted to know how much time I'll lost with such damage... It was too much 15-20s/lap :/ 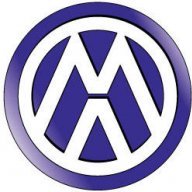 Grats Guus Verver for both wins and all podium finishers! Thanks Rupe Wilson for organazing and everyone who showed up! Real amazing track although at the beginning felt a bit like go-kart track

That was quite action filled but I enjoyed every second! ... almost Qualified in both races behind top 3, but then was a bit too hot headed at the beginning of the race.

R1 started 3rd, ok start then I run last chicane straight and allowed left buch of drivers ahead. Towards the end of the race I had some good fight with someone (Tom or Marcin maybe?) passed him, but kept messing in T2 or final turn brakings, and lost the position again

R2 started 4th, start was ok but Warren Schembri got even better off the line, unfortunately we hit before the first chicane braking zone and he spun Let him repass consequrntly dropping to last and started to chase others. Now got it better, only one time went compeletely sideways in the last corner

The last quarter of the R2 we had pretty good battle with Rupe, few times got a change to pass him but just did not make it. I guess I had too long gearing (default gears) so he seemed to got better acceleration out of slow corners.

Almost in the end there was final chapter when Guus spun. Should have followed Rupe apparently, but in a split second selected another approach. I already thought I'm not going to make it but in the end both I and Guus got away without a scratch

Markus Hakamo said:
R1 started 3rd, ok start then I run last chicane straight and allowed left buch of drivers ahead. Towards the end of the race I had some good fight with someone (Tom or Marcin maybe?) passed him, but kept messing in T2 or final turn brakings, and lost the position again
Click to expand...

If it was orange (danger car it was me. I want to sorry You, because i hit You 2 times I fell bad
First time, on Long straight, i dunno why but i didn't aimed for an empty place and i broke your back light...
Second time, at a T2R, You slow down more than I expected... And I push You out of the track I waited for You then.
Reactions: Rene van Zijp, Markus Hakamo and Paul Bennett


Paul Bennett said:
The pit entry is on the hard left turn before the S/F straight, stay left as you may end up back it the pits
Click to expand...

Race 2 was okay till I got caught out along the pit entry, got stuck in the oil drums had to back out hope I did n't cause any trouble. And yes would you believe it I posted early about that
Reactions: Rene van Zijp, Rupe Wilson, Markus Hakamo and 1 other person 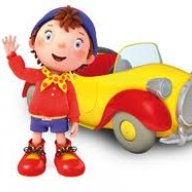 Can't say this track left much of an impression on me but the racing was generally ok. I was hit in the first race and after that the car didn't handle the same so I quit out and in the second race my driving error caused a collision with a trackside item and this made the steering un-driveable. IMO I would have plumped for a circuit like Norisring which is about the same size but is used for DRM IIRC and has no tricky chicanes which IMO ruins races on a short circuit.
Just my opinion guy's and not to detract from another good event in this series.
Reactions: Rene van Zijp, Tim Ling, Markus Hakamo and 1 other person 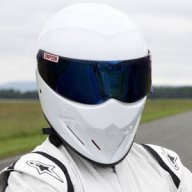 overall was a good night racing for me apart from two incidents when I gave Tony Wiltshire a nudge in race 1 at the second chicane that caused him to spin and suffer damage and then did the same thing to Paul Bennett in race 2 in exactly the same spot.
Sorry guys

Got a nudge from Markus to start race 2 but having just watched the replay, I noticed that I broke early as I probably did not want to crash with those in front of me and I think that this caused the nudge.

Need to work on my demolition derby skills. Got a great whack from Marcin and that was the end of me

All in all, I love this track and wouldnt mind seeing it again in a future event.

Overall, my best performance by far with the exception of sending some people for a spin.
Reactions: Guus, Roland, Rene van Zijp and 4 others

Speaking of Demo Derby's have you guys run a fun night using Raliegh Park, Figure 8 circuit yet? I have run them as a Christmas special at the end of our season and it's a great laugh. We usually just run one car make and have a series of short races (if you can call them that ) in a last man standing or race winner type thingy. Last time, if memory serves we used the Boss Mustang but any robust car that can absorb knocks would probably work. Just putting that out there
Reactions: Mate Orban, Guus, Paul Bennett and 2 others

I do agree, what better way to round of a year of club racing than letting your hair down with a night of crazy fun
Will bare it in mind

"I have read the rules and will absolutely not be abiding to them" type of thing
Whatever format you go with it has to be fun doesn't it? I'll leave the rest up to your team of imagineers. 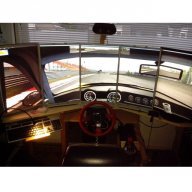 Nice racing event once more, gents! Beforehand I was very afraid that corner rules would be easily ignored on this track, especially since my first half our of practice I just couldn't get a decent clean lap in at all, but on race night, from where I was it looked like almost everyone was very clean and careful of cutting. I must admit I was pleasantly surprised.
I understand René disagrees with me on this one, and I admit to 4-wheeling the inside kerb on the S/F chicane a few times myself, but I honestly tried not to and if I have the time I will watch the replay again to see how bad it really was.
Other than that, I only remember having a blast both races, and being really impressed with the high level of details that went into building this track, although I did see most of it for the first time when I was watching others in Prac and Qual. I never noticed that nice DC-3 for example when I was driving myself.
Grats to Guus for double win, too easy again I guess.. I wish I could be more of a worthy adversary but you're just too darn quick.
Thanks to all for racing and to all clean drivers for honouring the GTL Club spirit.
Reactions: Mate Orban, Warren Schembri, Guus and 5 others 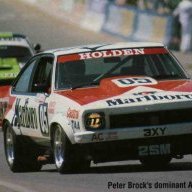 Guus was the faster guy this time. Well done Guus!

R1:
Made a few mistakes in the first few laps. Tried to catch Guus, but lost control, when I started to brake at T3 and I hit the strawbale at the apex. Wrecked the car...DNF.

Q2 was much better, but still far from my PB...mid 40s are possible without cutting.

Start was okay, than made a stupid mistake...lost there 3 or 4 positions from the lead.
Than I tried to take back my 1st place, but couldn't find the optimal pace.
I had a great battle for the 2nd place, but the gap was too big and I couldn't catch Guus.
Finished 2nd.

Thank you Rupe and others
Reactions: Guus

I like to say sorry to all of you guys who raced with me at Calden last week.
I had one nasty overtake and a lot of cuttings. Sadly, I thought, that I do it right but Rupe showed me yesterday, that I was wrong.
I will change my driving style and I hope, that you will tolerate me in this club in the future.

I received a penalty for my bad driving, so I will miss the qualies in the next two weeks.

I hope I won't do any mistakes in the future races...
Reactions: Paul Bennett, Rene van Zijp, Peter van Zanten and 4 others

As we have said in the past Mate mistake's can happen, its how you deal with it ,