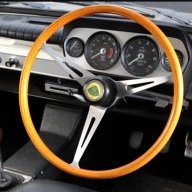 Ran 3 laps laps at brands with 650S with the "Okayama setup", 1 second off your fastest pace, nothing new there,
With my setup traction control was no worse than the Audi, no better either, just a bit different.
My TC was set to 2, same as the AUDI.

Ran the 650S with "TC at 6" did another 3 laps 2/10th faster.
For me it soon became obvious that the car was making ground in most places compared to TC at 2.

I had to restrict my laps for obvious reason that I would practice my way past what was comparable.

from this short experiment, TC virtually off is faster, checking MoTeC the traction control only kicked in twice as compared to at least 12 times.

But no TC, in the words of Jordan Peterson:-

Good luck with that.

Should be practicing for 911 cup race, got fed-up with the constant spinning.
Reactions: Medilloni, RobertR1 and HF2000
R

It was a pleasure swapping information with yourself and Han.
I usually have the task of setting up a car for an "arthritic old git with a pair of numb feet thrown into the mix", so it was a pleasure working with two great drivers.
Normally I am "dumbing" down a car to help me not to spin off at every corner....
Reactions: HF2000, RobertR1 and Medilloni
You must log in or register to reply here.
Share:
Facebook Twitter Reddit Pinterest Tumblr WhatsApp telegram Email Link
28 comments
Nico Hulkenberg - The Forgotten Man of Motorsport?
20 comments
F1 Testing | Day 2 - Forza Kimi!
60 comments
F1 | Mercedes Running Controversial Steering System In Barcelona
20 comments
MotoGP 20 | Release Date April 23rd + New Trailer
37 comments
RaceRoom | New Update And Zhejiang International Circuit Released
Top Bottom