Qualy: Did a 2:05.797, was only faster in time attack before, so not bad for me, although significant slower than the majority of the gang. Anyway as good as it could be, for the moment. Gave me 20th (I think) , but only because Warren and Bram joined without Qualifying time I guess.

Race 1: Strategy was clear, stay away from the carnage in the first few turns, victimize lap time for avoiding gravel. After the first few turns I was 18th (only a question of time to loose them). End of lap 1 on 19th having Mtommi in my mirror. I knew he was faster, but I tried not to be under preasure and just drive my line. I only gained positions when people went to the gravel in front of me. So did Andrew, whom I could hold behind a little bit. Chris as well, but he got me soon back which brought Mtommi back to my mirror (who went to the gravel before as well, while he was behind me). So in lap 5 Mtommi got me, but went again directly afterwards to the gravel, so back on position . Lap 7 he got me again, even managed to put some air between us, but shortly afterwards he spun, sorry no where I could go! But did not do any damage to my car. But Andrew had the chance to pass me . After I spun I lost Andrew (I anyway would not dare to say that I had a chance, only if he would have made a mistake ). Anyway my only major mistake so finished 19th.

Race 2: Same tactic, after the first couple of turns I was on 11. Came as high as 10th and then people started to catch up again with me. This time i was able to hold Chris a little bit longer behind me . After some time I had Cam in my mirror, for me again just a question of time he would get me, but he was not patient enough and was pushing hard, tried it on the innerline of the uphill chicane, which he then did not make. No probs Cam, fair driving . Finished 13th, not to bad. Now I just need to improve my speed, I will get there... .

Great driving, though a long way for me to go with these car! Great fun!
A

I watched replay 2 first and after that excitement i watched the replay of race 1 and am now gutted. :sick2::weep:Looks like I caused a mess at T1 in the first race. I didn't even know anything had happened during the race. I appologised after race 1 but that was simply for going up the inside and into the corner and thought it was ugly and may have touched someone (which turns out i did but no real impact). I slowed to let a number of cars through because i didn't want to be rewarded for such a bad effort.

The problem is on the replay i saw the chaos that i can only assume i caused. I braked early and before everyone else [as i'm generally scared to death on T1] but for some reason the cars in front stopped so much quicker than my poor little spyker, i dived for the inside to avoid Rafael and slid slightly into the corner. Close one i thought. Even though the replay shows me narrowly missing Rafael - obviously from the reaction of the cars the computer has assessed I did connect and sent Rafael into the others. Huge appology to Rafael particularly and any one else who was impacted. Had i known i would have completely stopped.

After Q10 with a PB i was
Running 15th I spun on lap 3 in the fast chicane to put me 19th and then spun again on the fast chicane on lap 4 which damaged my suspension. I drove pretty well from that point on and ended up running 17th when Michael Herrman kindly let me through for missing the chicane.

Race 2 went a lot better. Was up to 10th by T2. Passed Rafael up the inside after he was held up by Gunther for 9th. Through Herwin for 8th, Herwin was back through for as we passed Jari - i remained 8th.

So the lone spyker mixing it with the BMWs. Gunther went off which put me 7th. On lap 5 i knocked it into 1st gear instead of second to the final chicane which locked the rears and pushed me on the grass. Less than a lap later Jari was through. I managed to stay within shooting distance of Jari until a hlaf spin on lap 8. RAfael then hunted me down for the final laps and with a lap an a half to go he was on my axel. I drive fairly well to pull slightly away but by the end of the final lap he was all over me. He probably would have had me at the final chicane except we came across a lapped car just before the braking zone which i came out the better. 8th and well above my expectations.

I'd currently be celebrating at getting from 17th to 8th in Race 2 but the replay of race 1 has saddened me greatly. I can only appologise from here. :shame: 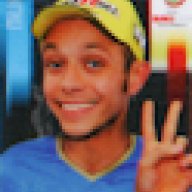 Was good racing, I did have some lag with some of the Australian drivers, which was difficult sometimes in race 2 but kept the nose clean :wink2: .

Race 1, I started from pole and was able to get a gap and got the win.

Race 2, Reverserd grid, so started 8th. After lap 1 I was 4th, but a lagging car infront of me made it difficult to make a move on him. 2 drivers infront of me made a mistake and I was going after Michael Stead, eventually I passed him and took the win.

was good fun, cya next time .

Ian Beech said:
Hi mate this does keep happing alot, but if you go filter list then type server name go back to internet, click then the server will show. next time you restart the game all servers will show again.
Click to expand... 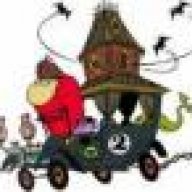 
Was given the start on the curve T1 and got hit by Andrew Dawes(No problem, I accept his apology:good, falls for 20th place. I finished in 13th place, not without big fights with Wally Masterson


Dropped to 13th in the first lap and got hit by Can Hedgwood, which left me to go back in front (thanks far play) falls for 17th place. I finished in 9th place. Big fights and race clean:beer:


Great Race. Until the next week:laugh2:​

Well what do you know... I've just checked the game and the lobby is working... Last night must have been a one-off. :suspicious:
W