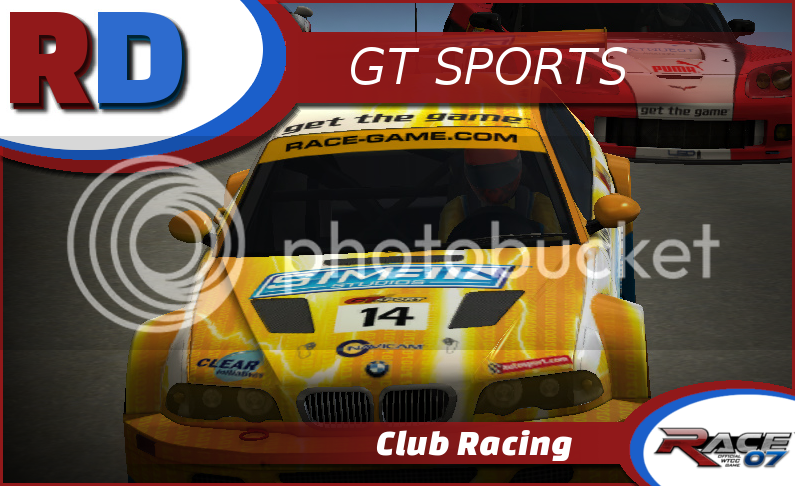 I have a dentist appointment Thursday morning, but I think I can make it. Sign me up for the Friday race as well please

It's Sunred time! I think. Up until now. Sign me up!

If you want to see how other RD members have designed their cars, feel free to download & install the RaceDepartment Race07 skinpack (v201439):​

​
For more information on the pack and how to get your car added, see this topic.​

my dad will join

Turns out I have a cavity and it is going to be taken out today. I think I'm going to make it, but there is a slim chance of not getting home in time

I'm going to not join in for this after all. I can't drive these cars without spinning to save my life and I don't have time to do a setup. I'll join in for the Minis tomorrow which is much more my skill level.

Sing me up please...

Alex Odell said:
I'm going to not join in for this after all. I can't drive these cars without spinning to save my life and I don't have time to do a setup. I'll join in for the Minis tomorrow which is much more my skill level.
Click to expand...

You might wanna give the Spyker a try - lacks a bit of speed, but from what I've found in a few laps, it sticks to the road pretty well using a SimBin-default setup (e.g. Brands Hatch Indy) with a few adjustments (-0.4/0.3 camber, -2 wing)

...Αnd I know this kind of driving...
for those who understand what I mean.
A bit of patience and knowing what you're going to do, will make you succed on what you want. And this is driving, running like the last day on earth is something like driving and
pointless.

Second race was very nice for me, unlike the first one, as I saw it from Pits.

I enjoyed the driving with Arunas, Nelson and Bjorn. I was very slippery and of course nothing happened with you, Bjorn at the last turn.

Thank you Dennis for making this race possible for us to enjoy.

Well, that went better than expected Had quite a few laps in quite a few GTS cars as I wanted to drive something else before settling on the Sunred for this race (and maybe skin it for future races ).
As mentioned above, the Spyker was glued to the road, but not as fast. The Mosler I went with for P1 was quite nice, but still, not as nice as the Sunred, so back to the SR21, it was - and I wasn't alone, as both @Nelson Ullinskey and @Arunas Linkevicius (who got in late, again - and picked up awesome pace, anyway, again ) got into one, as well - making it quite the brands' clash with the BMW's, leaving @Joe Cannarozzo as what would likely be a privateer racer in the real world

Anyways, while I had better speed than what was my quals lap, I "only" managed to qualify in P3, but that turned out to be alright as I had a great start into race #1, passing both Nelson and @Peter Ell, who had a rather sub-par start: 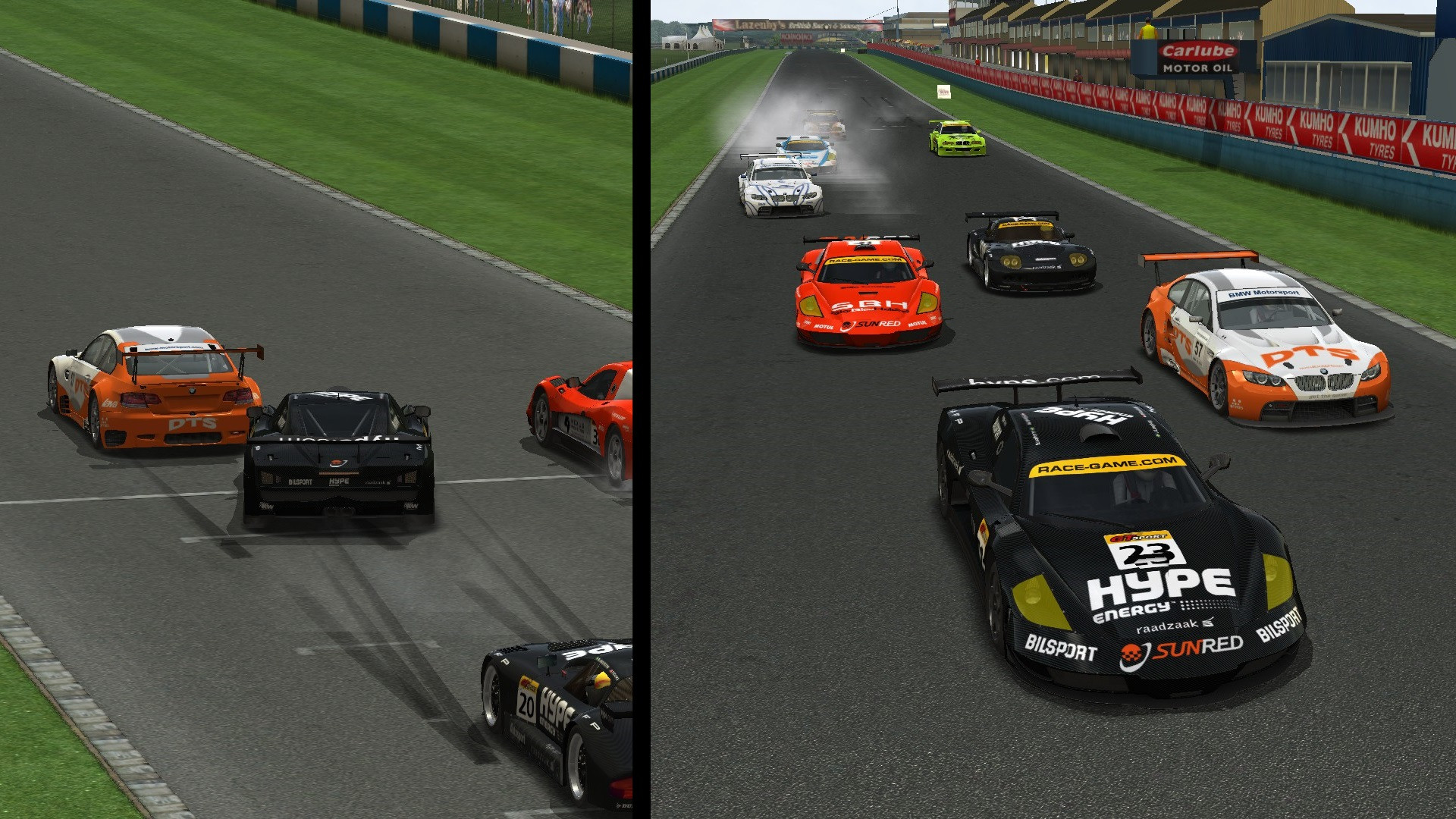 With Peter maintaining P2 (Nelson went for a short outdoor adventure), that made for a nice battle in the first few laps as Peter put on quite some pressure - fortunately for me, @James Wilson was gaining time and soon got Peter involved into a battle costing them time.
He got by after a while, though - and I suspected this might get interesting... 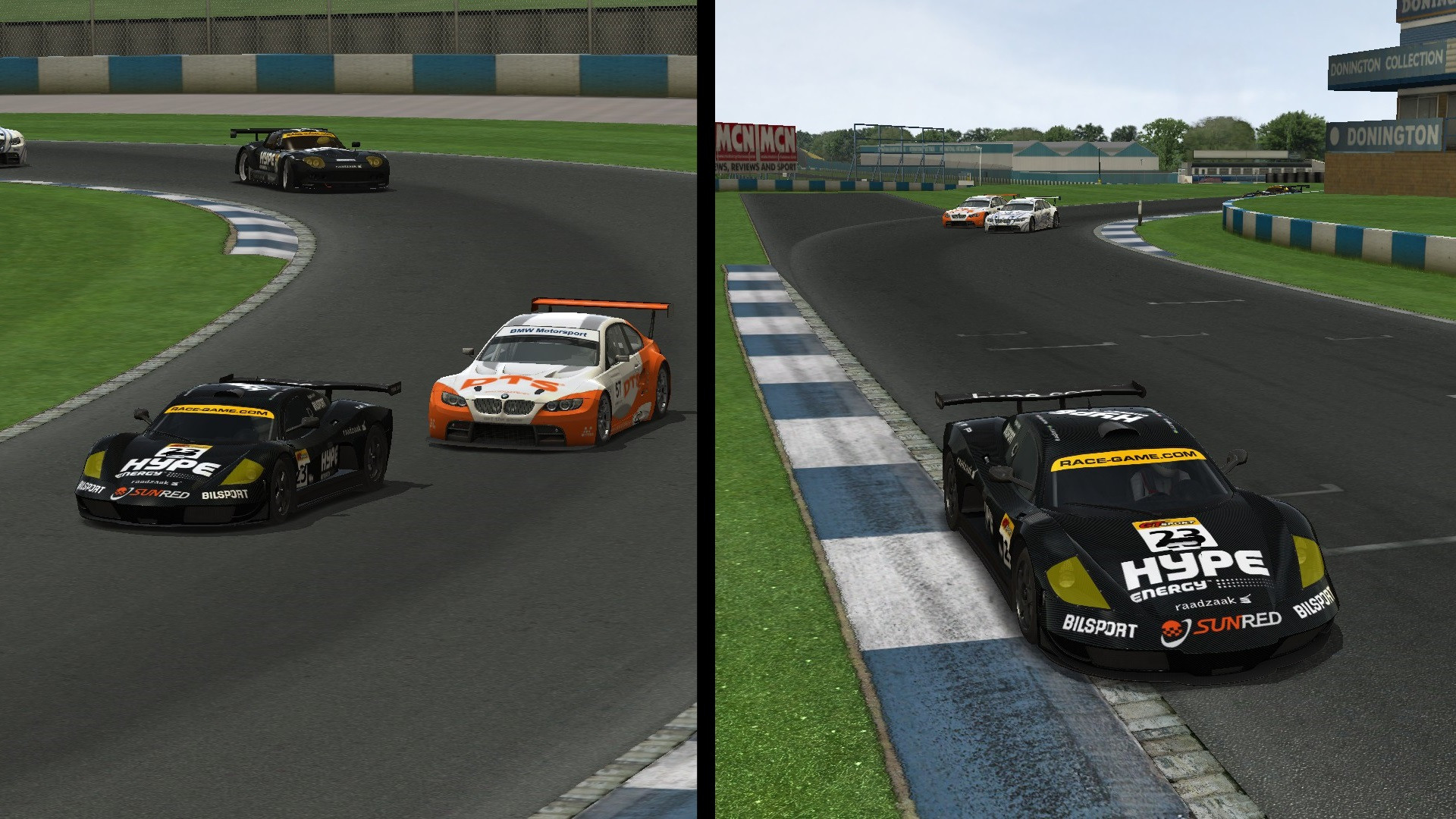 During the next few laps, James closed in on me and we had a great battle all the way to the finish, rarely staying more than 1.5s apart throughout the remainder of the race - apart from a small off onto the grass (that he accompanied me at ), I managed to keep the car on the road and brought it home. 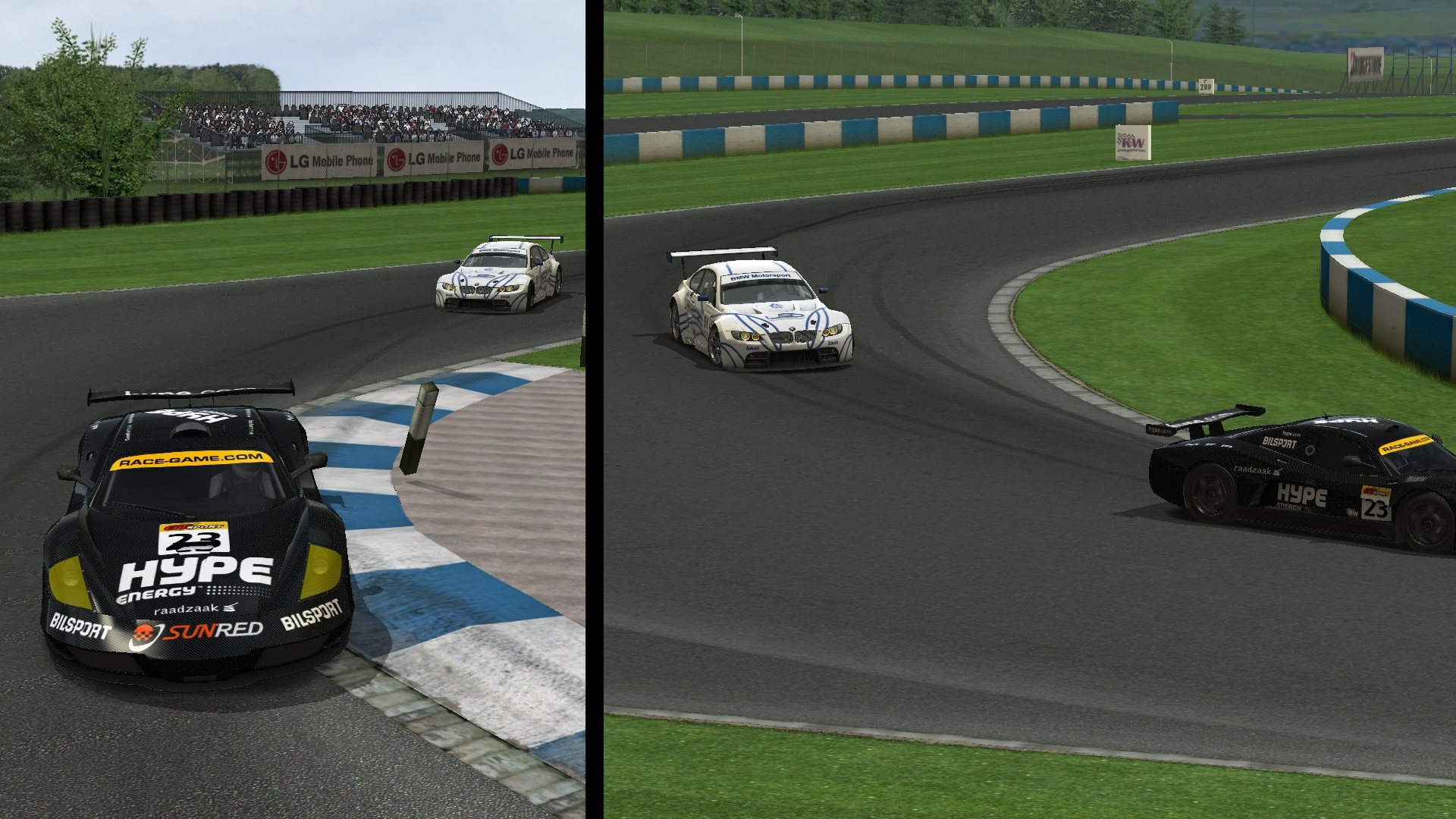 Starting into race #2 from behind, I once again started fairly good and gained a few places, but with some action into turn 1, I held back 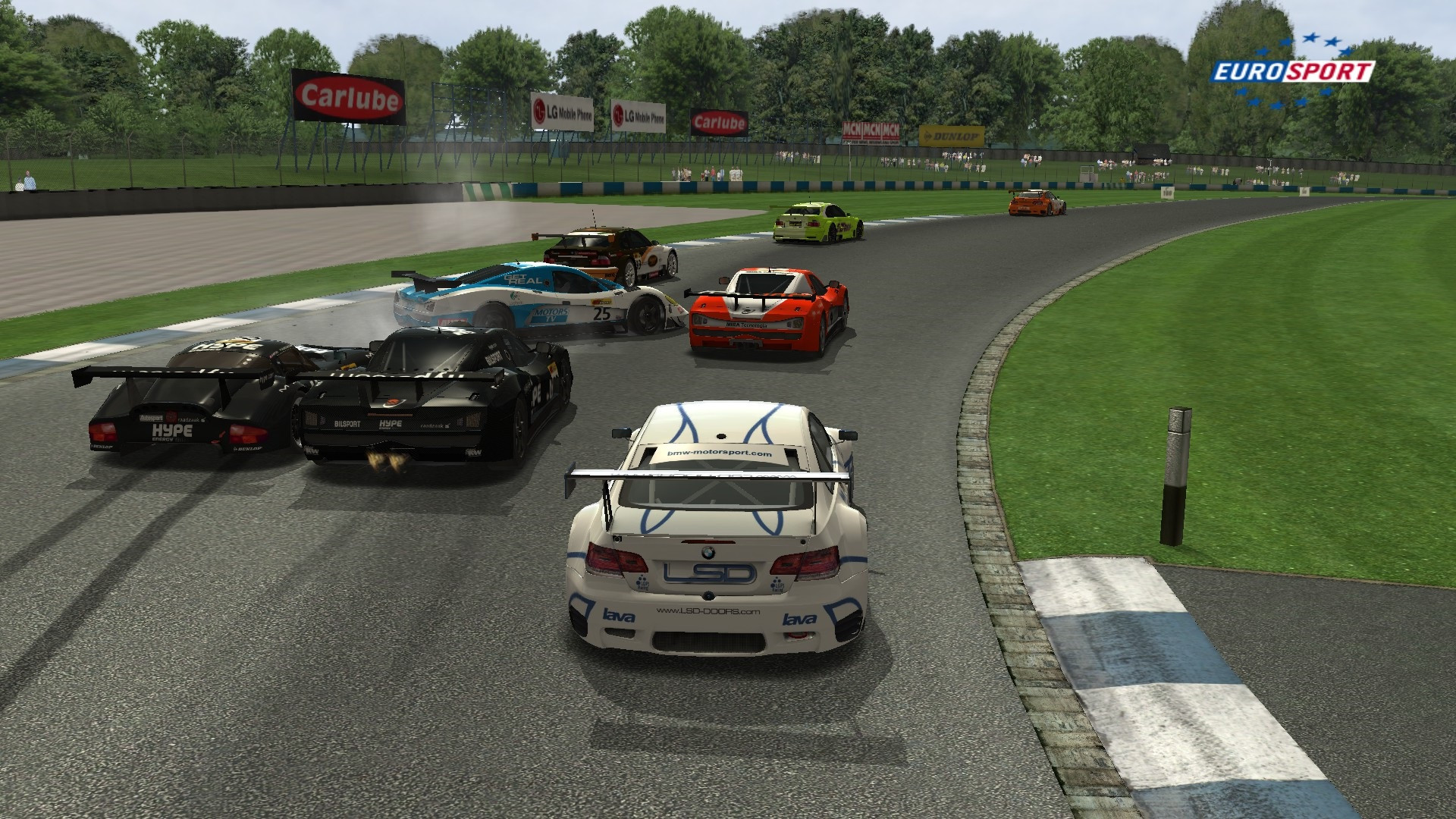 Picking up speed again, I got by @Reggie Blain Snr and @Dennis Phelan in L1 and L2 respectively: 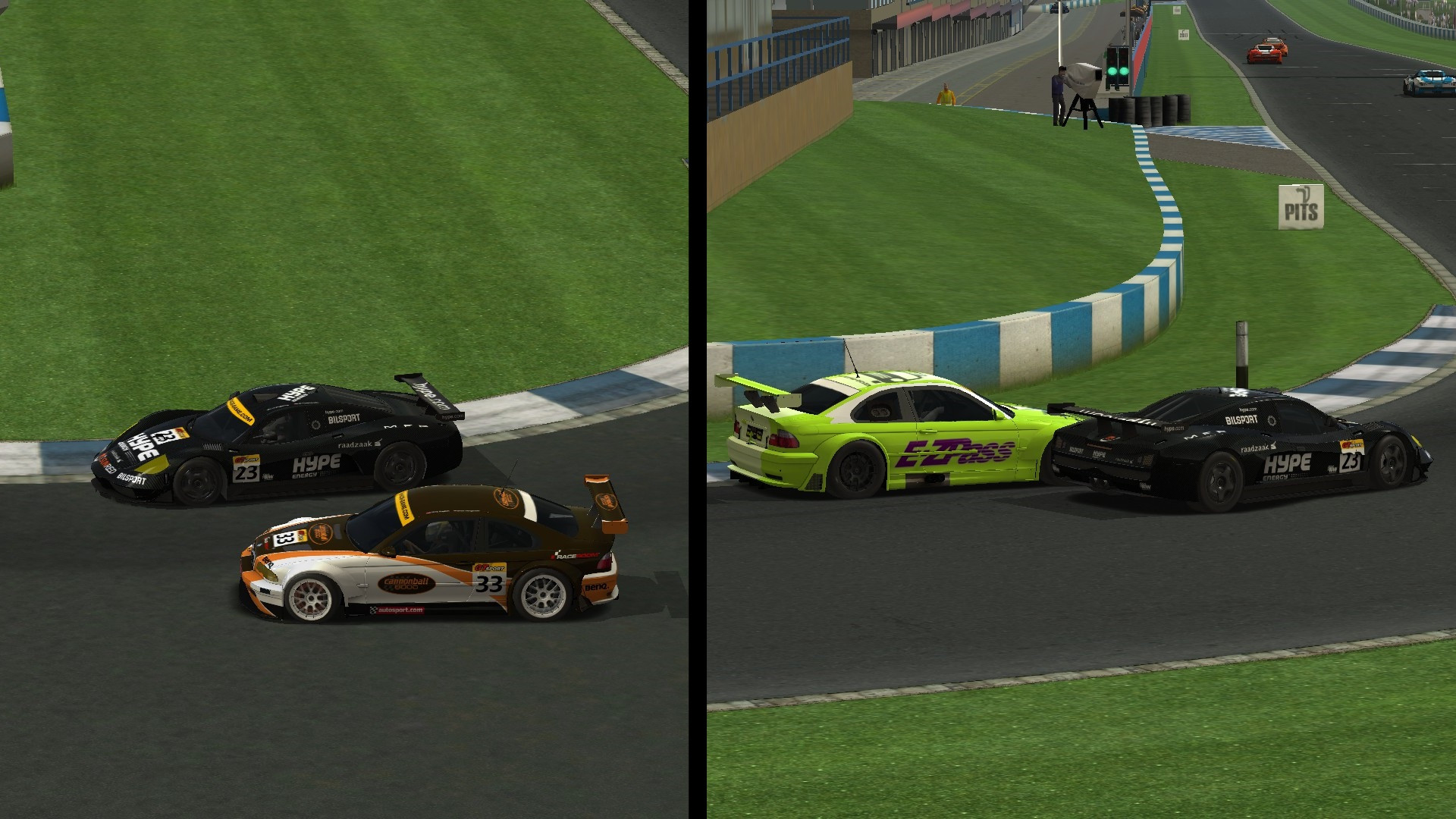 The next few positions were pretty much handed over as both James and Arunas had a small off a few laps later and, after a while of driving around all alone, Nelson spun out right after the chicane. 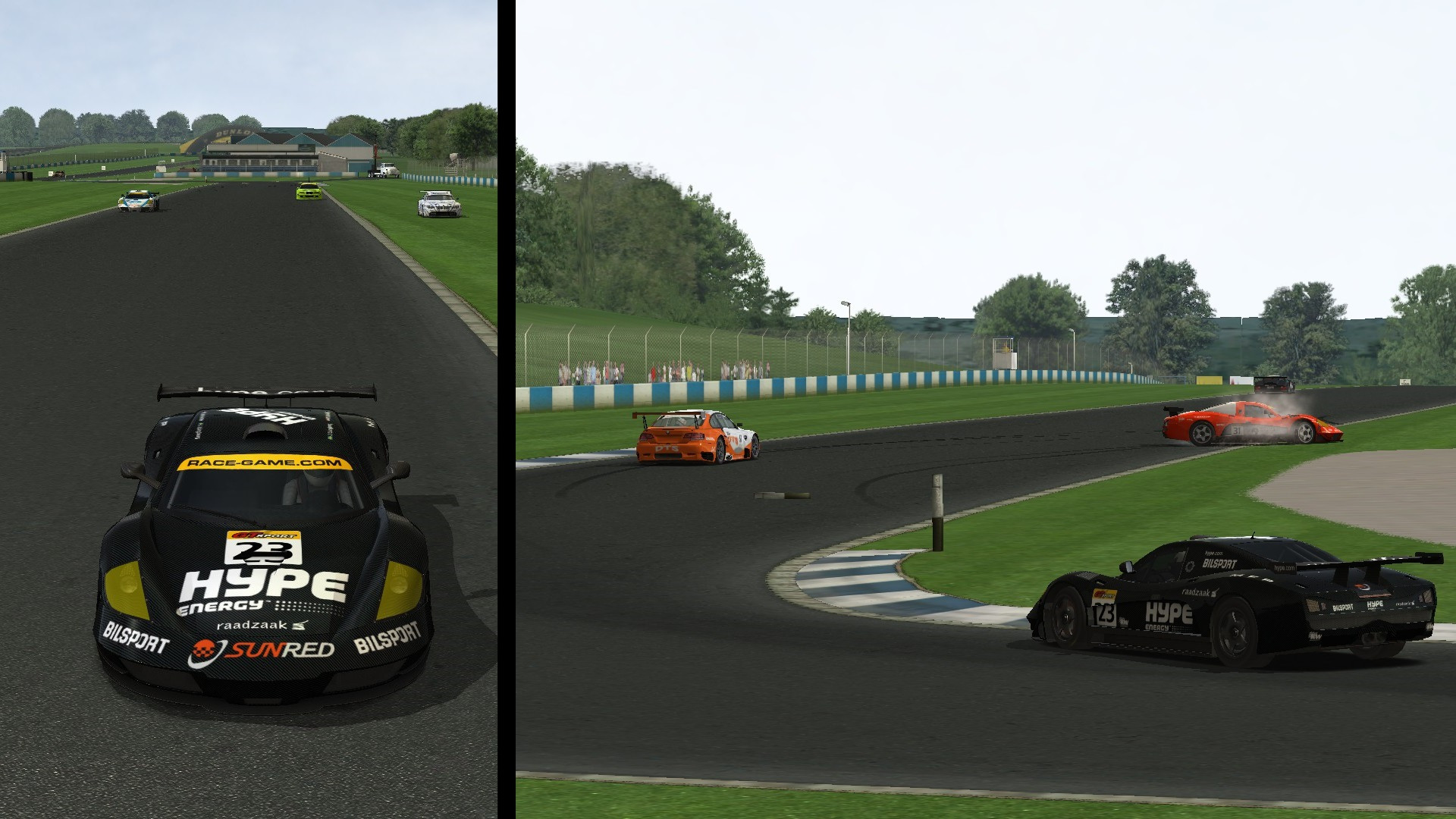 With Joe in P1 and Peter right in front of me, I was now in 3rd place and Peter and I got a nice battle going and with my car handling the now-degrading tyres a bit better (I think), I gained millisecond per millisecond up until the very last turn - got by him on the inside, though I wasn't too sure about a small contact approaching the turn, so I tried slowing down, but so did he, so there's that 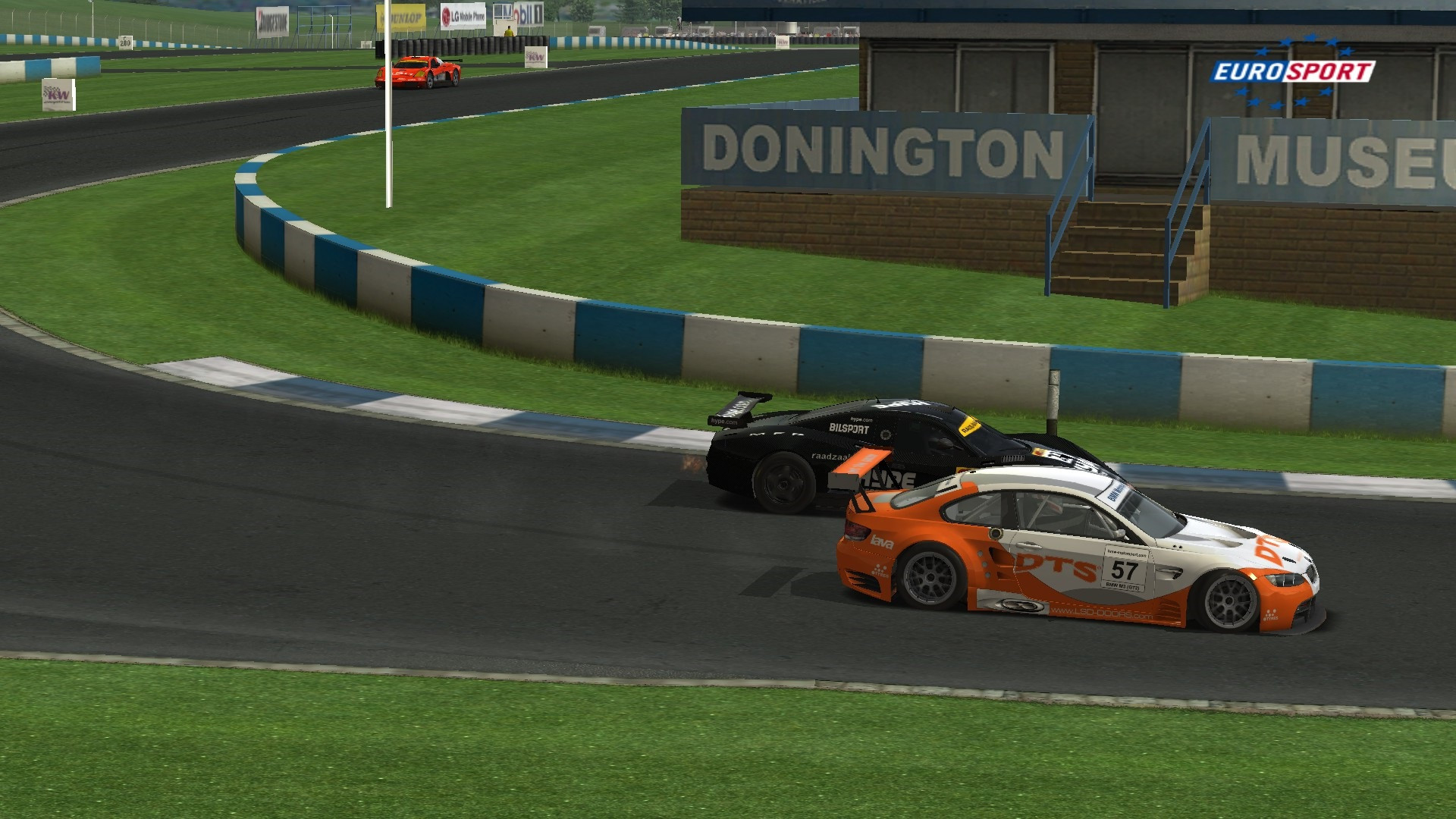 Thanks for racing everyone, thanks for organising Dennis - see you (likely) next week!

I was among the slowest but I was happy. The Beemer was a nice drive and never spit me off though it did try a couple of times. Best moments were the later part of race 2, cars all around
Last edited: Oct 10, 2014

I knew it that straight jump in without any practice will not end good, but I was looking to have some fun.
And it was
R1.
Plan: slow and easy.
Reality: was learning the track and used other drivers mistakes to my advantage.
Result: Quite good result P4 (I think)

R2.
Plan: no mercy!
Reality: several good battles, a lot of action in and out of the track
Result: final on the grid (I think)

Yep you definitely delivered that plan ahaha. All joking aside i was very happy with last night's racing to be honest. Race one i started 4th and charged my way up to second where me and @Björn Golda had an awesome battle, keeping each other honest at all times, at one time we tapped each other a little bit but no biggie. Finished 2nd at my home track which was awesome and was happy. Race 2 happy was very dissapointing. I hit @Arunas Linkevicius twice (sorry about that buddy) it was just i started at the back and i was being aggresive because i felt i still had a shot at a podium. There was a major 3rd time lucky contact between me and arunas which actually flipped me over and caused some damage ahaha. Couple laps later i barreled it into the wall which helped Dennis and Reggie , Again nice racing guys, congrats to the winners and podium finishers, i am overall happy with the evening!
You must log in or register to reply here.