I'll have a go at this please, never driven at Anderstorp before though! 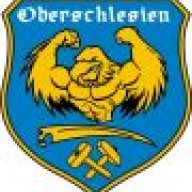 Hi sing me up for this 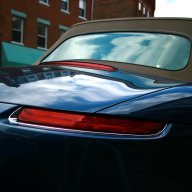 server is up guy's

Oh we are only 4. I don't know if i will stay that late for this race.Tomorow i have a semestrial test at math and i can't be tired.Yves,please put me as a maybe now,if you don't mind.I am sorry guys.Cya on the track if i can.

You can change my 'maybe' to a 'no show' - something got in the way.
C

sig me to plz Yves

Even though there was only 7 of us that was an enjoyable nights racing, I finished 2nd in the first race and won the final race good racing all round guys.

As Martin stated, the numbers for this event were low, but do you knwo what, the racing was brilliant. I would like to say thank you to all of you that showed up for this event, you made it a memorable nights racing.

Right down to the racing. I managed to qualify on pole, first time for me. Race 1, got a grt start and headed off down the long straight but was being pressed by Michael S. Forgot for a moment this was the first lap and on cold tyres broke a bit to late and thats right didn't make the turn. Now back on track in 4th and on the tail of Ross McG the racing was about to start. Lap after lap I followed Ross and he made his Corvette about as wide as the circuit. Now Anderstorp is not a wide track anyway so there was only a couple of places you can overtake safely, unless your opponent makes a mistake. Now Ross wasn't making to many mistakes and when he did I couldn't make a move safely or wasn't close enought when he did. This went on for the rest of the race until lap 11 when I had another off pushing to hard on worn out rubber, so crossed the line in 4th. This was one of those races where it really didn't matter where you finished because the race its self was very enjoyable. Thanks Ross for the grt first race tonight, it was a pleasure racing you mate.

Now race 2, started from 4th, another grt start and managed to pick up a place into T1. Now in 3rd with Martin B behind and T3 managed to get up the inside of Michael v S as he went a little wide. By T4 Martin also got by Michael v S and the chase was on to catch Piotrek who was in P1. By lap 4 I had managed to get by Piotrek after a nice little battle with him, nice driving Piotrek, and now in the lead started to settle down and get on with the job of bringing it home. Now things where going well, or so I thought, I had a couple of seconds gap back to 2nd place and only 4 laps remaining when I over cooked it coming out of T4 and lost the backend. On the grass trying to get back on track and then I'm on the otherside of the track still on the grass. I can now see the rest of the cars coming towards me so I just rumble along the grass until they have passed and get back on track. Now back in 5th place, lap 8, and who do I have infront of me, Ross. Now I have the bit between my teeth and know that I need to pass Ross quickly or it's not going to happen. I follow Ross for a lap and on lap 10 manage to pass him going into T2. We go into T3 together but I see Ross spining out in my rearview mirror. No contact was made so got on with the job on catching the next driver with 2 1/2 laps left. Unfortuately the gap was just to big to close down and Piotrek managed to hold onto the spot.

Thanks guys for a truly awsome nights racing, you where all grt.

Thanks to Yves & RD for putting on the event, nice one guys.

Great night for me nice battle against Rob and Michal.Thx fo that
THX RD for this event and see you soon

Robert Hutchins said:
Thanks Ross for the grt first race tonight, it was a pleasure racing you mate.

Thanks guys for a truly awsome nights racing, you where all grt.

Thanks to Yves & RD for putting on the event, nice one guys.
Click to expand...


Cheers Robert, after literally only 10 laps or so of Anderstorp under my belt i knew i wasn't going to be the quickest, so i tried to concentrate on not making mistakes. Once i'd overtaken the 1st lap spinners in Race 1 i found myself in 3rd, and clung onto it for dear life! We had an enjoyable battle for most of the race, and even though you were probably 0.5s-1s faster per lap i managed to just stay ahead. I don't think we even touched once, which is testament to your clean racing skills.
Race 2 wasn't quite as good for me. Tweaked a few things on the setup so i was generally quicker than Race 1, but I trundled around in 5th for a while, then 4th behind Robert again. He dived down the inside at T2 with a late-braking manoeuvre, i tried the switchback, drove over the kerb at T3 to stay in touch, and spun! Made another mistake on the next lap in my attempt to get fastest lap of the race, and settled for 5th.
Thanks to all who turned up, it was quality not quantity for sure, and special thanks to Robert for some good racing.

P.S.- Everyone there last night should sign up for this race!