When going through some of the game files there are some lines which suggest GT Legends may have initially intended to have wet weather races. Most notably are lines such as lightning probability, thunder probability, raindrop flow and rainspray flow.
Under the files of specific drivers, there abilities can be found. One of the abilities is named rain ability.
Would anybody be able to confirm if it was originally planned for rain to exist in races as these findings are confusing. 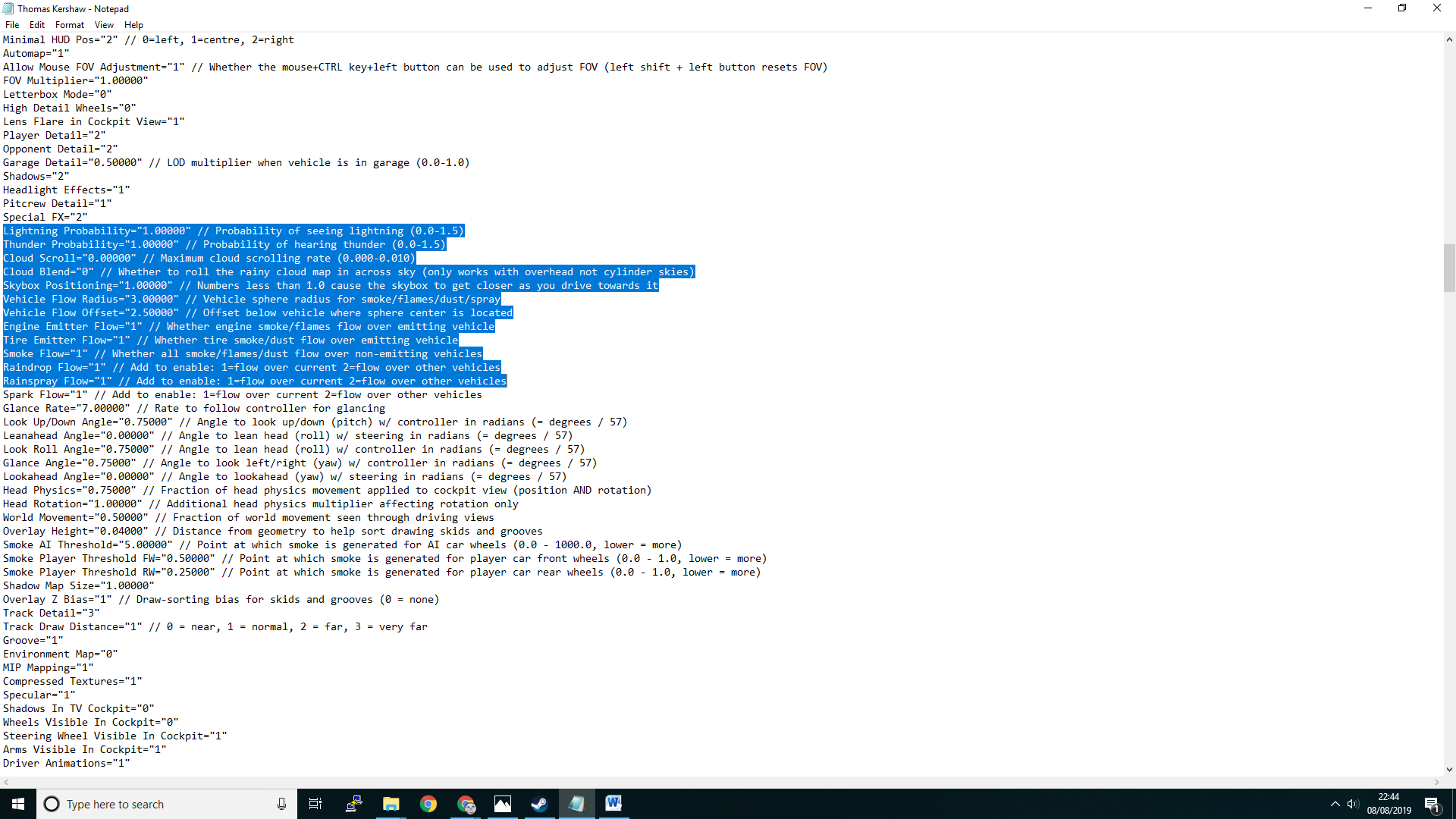 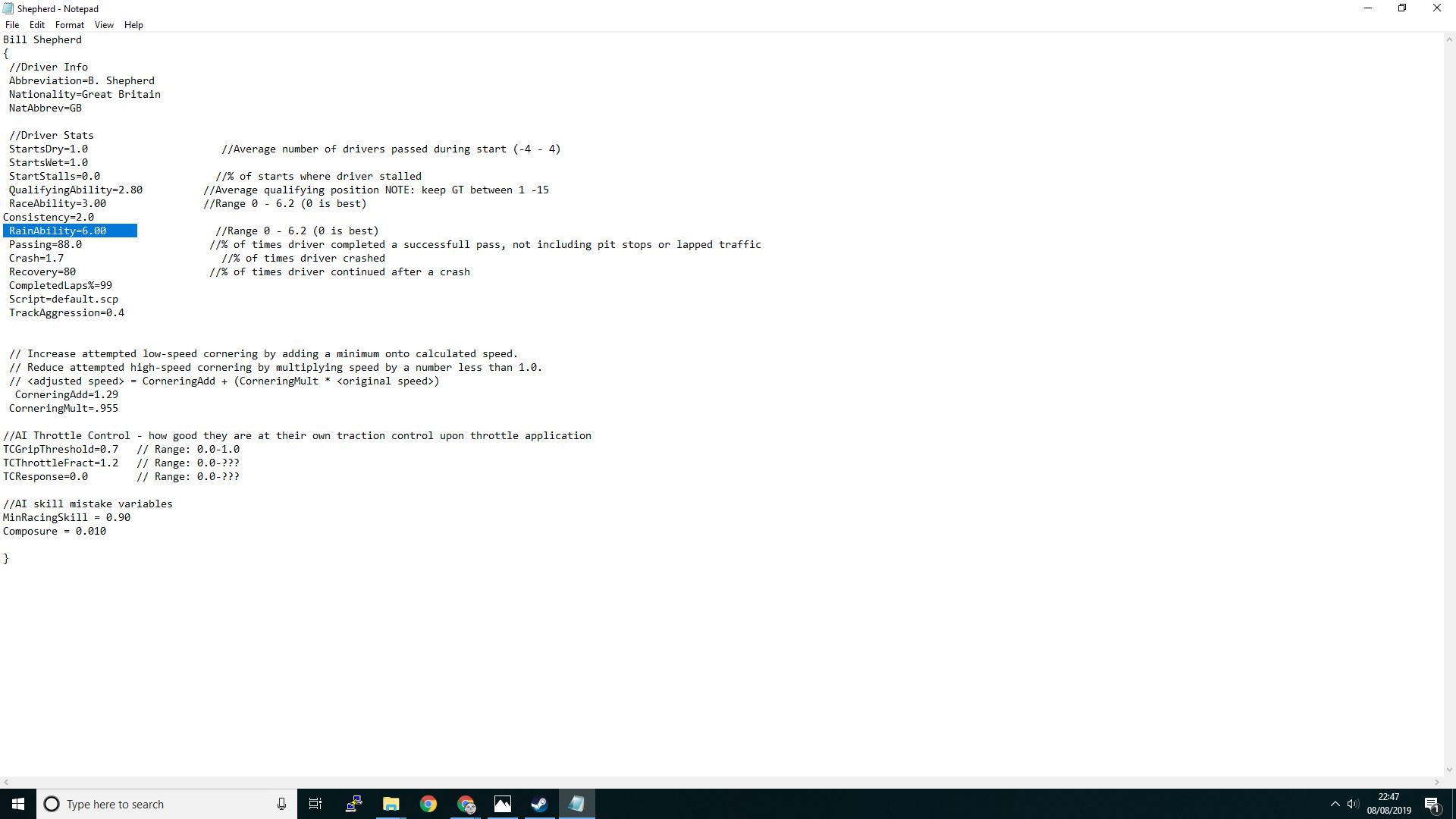 Rain wasn't planned for GT Legends. GT Legends was built on the same core engine as GTR except it had a new graphics engine. GTR did have rain, so the entries are just a carry over. Rfactor1 also has the same entries in the plr file. Again, Rfactor1 was not planned to support rain.
You must log in or register to reply here.
Share:
Facebook Twitter Reddit Pinterest Tumblr WhatsApp telegram Email Link
11 comments
rFactor 2 | February Development Roadmap
38 comments
Automobilista 2 | New Update And Historic Spa Released
39 comments
RaceRoom Racing Experience | WTCR 2020 Now Available